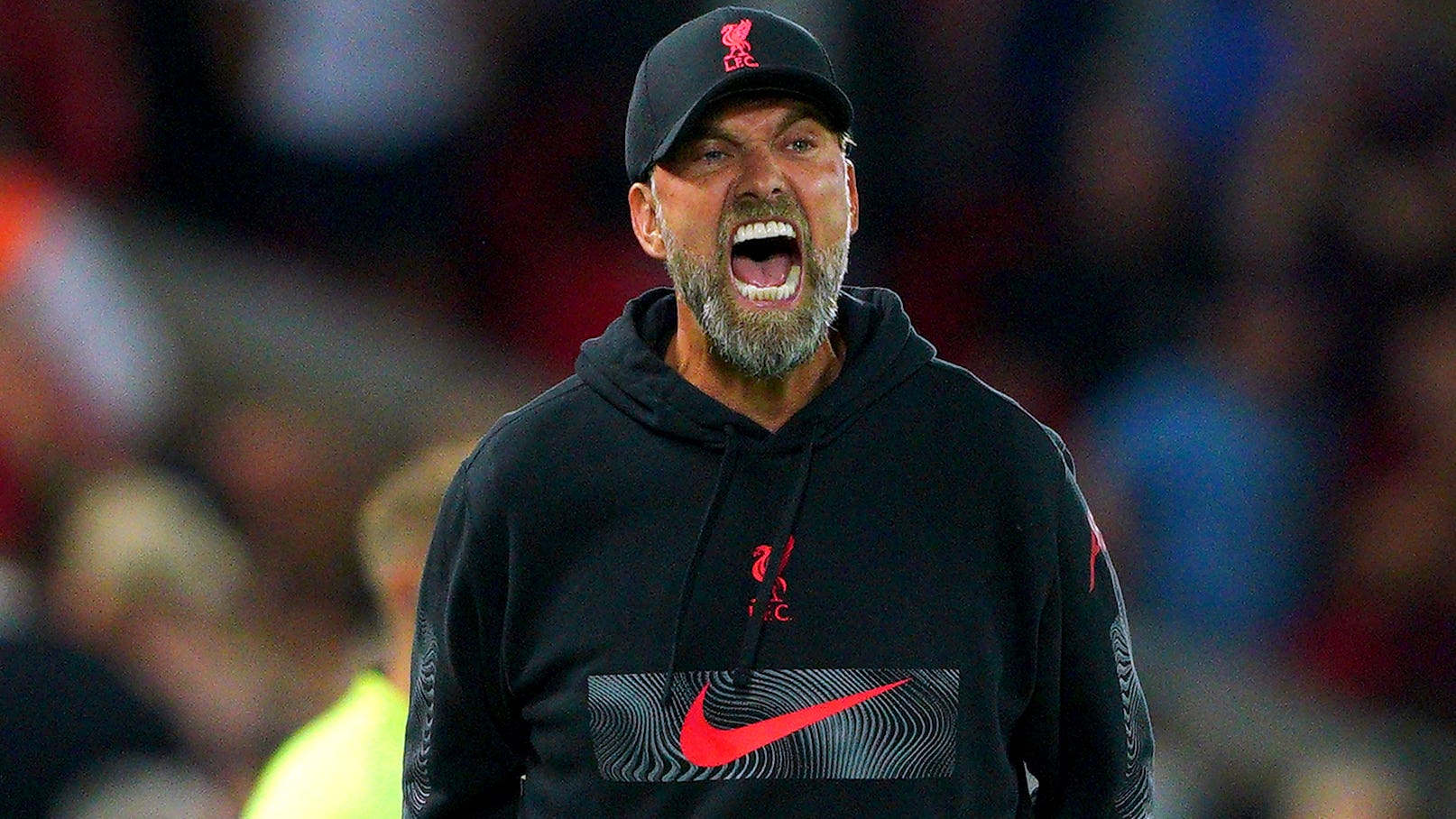 Jurgen Klopp would prefer Liverpool to “risk a bit more” in the transfer market but he ultimately accepts their situation as the search for a midfielder goes to the wire.

Liverpool’s outlay on Darwin Nunez, Fabio Carvalho and Calvin Ramsay this summer may end up costing them just north of £100million but they will recoup around three quarters of that on outgoings.

While Klopp is seeking to bolster his squad in the middle of the park before the transfer window closes on Thursday night, the Reds manager recognises the decision is out of his hands.

When asked whether he feels he has been adequately backed by owners Fenway Sports Group, Klopp said: “What I don’t like is if I say now ‘I’m not sure’ then you make a big thing of it.

“What does it mean ‘backed’? I realise it was always like this. Is it always easy? No. Do we discuss this kind of things in public? Of course not.

“Let me say it like this, from time to time, I would be ready to risk a bit more but I don’t decide that and that’s fine. We try everything until the deadline.”

Klopp revealed there is “light at the end of the tunnel, definitely” surrounding a glut of injuries in their squad ahead of the visit of Newcastle in the Premier League on Wednesday evening.

Curtis Jones and Joel Matip are back in training while Diogo Jota, Thiago Alcantara, Caoimhin Kelleher and Ramsay are all making promising progress in their rehabilitation from injuries.

The number of players sidelined in the early part of the season means Klopp is still on the hunt for reinforcements – and he has not yet given up hope of signing a midfielder.

He said: “There’s still time but when it’s over and whether someone signs or not, I’ll be really happy about it because we can stop thinking about it and just focus on the squad and team we have.

“The closer we get to the last minute, the more unlikely it gets. We are not out but it’s really difficult.

“For sure there are a few players out there which would be the right ones but they have different issues. Some of them are contracts or clubs don’t want to sell. We cannot force it. We’ll see.”

While Liverpool and Newcastle have both won one of their four top-flight fixtures this season, there has been a growing sense of optimism around the Magpies, who are 80 per cent owned by Saudi Arabia’s Public Investment Fund.

The new hierarchy have given the green light to several high-profile signings – with Alexander Isak arriving for a club record £60million last week – and Klopp feels Eddie Howe’s side are on the right track to gatecrashing the elite in English football.

Klopp said: “If Eddie gets time, they will definitely be. Newcastle is a great club and had a lot of success in the past. For a few years not that much any more but they have everything you need to be a top-six club – or whatever that means. They are a threat.”

Liverpool got in the win column this campaign by equalling the biggest victory in Premier League history on Saturday, with recently-promoted Bournemouth thrashed 9-0 at Anfield.

Klopp added: “First and foremost, the scoreline is a freaky one. We don’t expect a freakish scoreline again for a lot obvious reasons. What I want to keep is the way we played.

“If we would have won 1-0 I would have been over the moon. The way we played, we have to take into the next game because that’s the way we want to play but no one should expect that score again.”