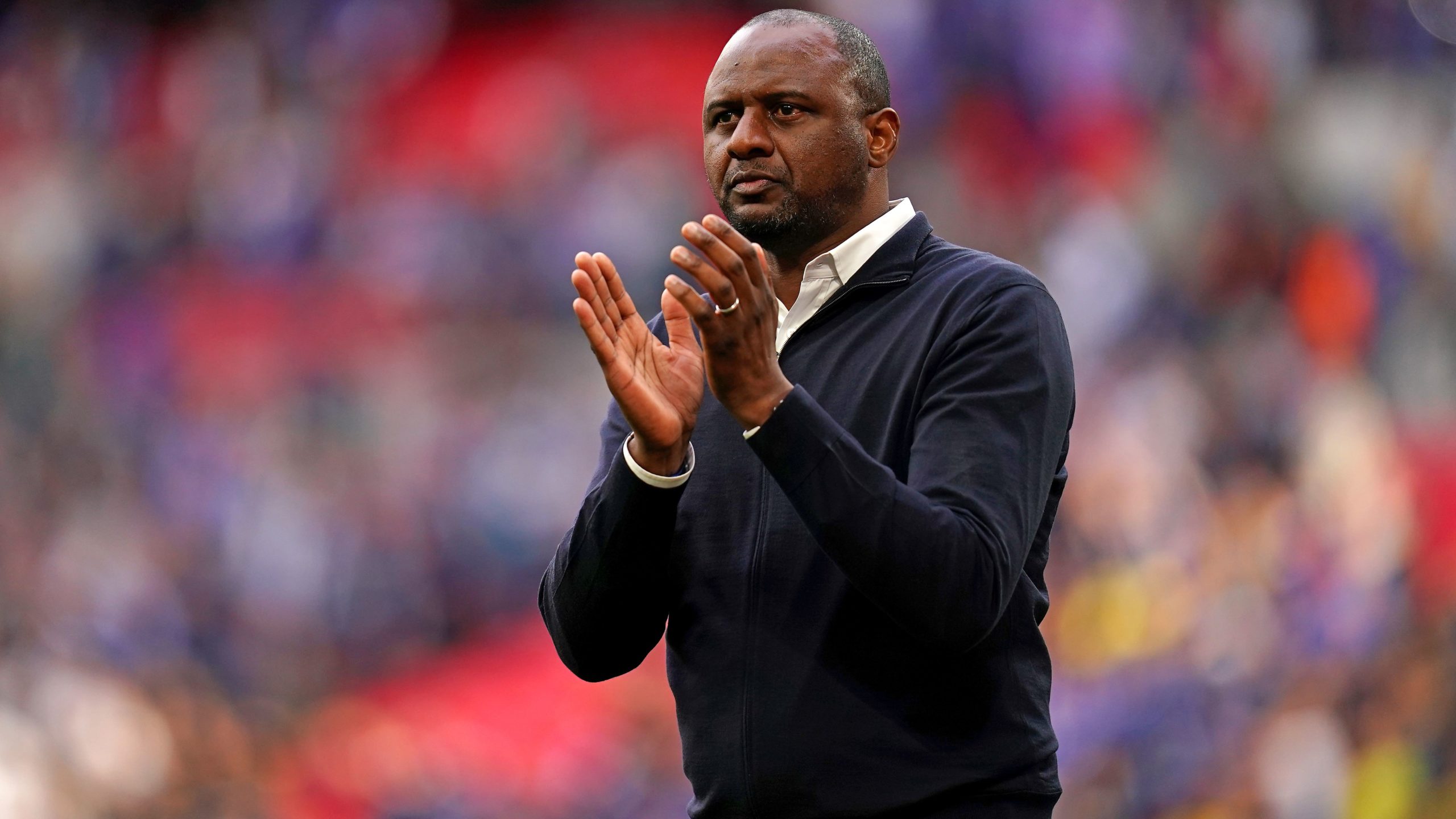 Wilfried Zaha netted 14 of those 2021/22 goals, while Conor Gallagher, now back with Chelsea after his south London loan spell, contributed eight.

“There is no pressure,” said Vieira. “We did quite well scoring those goals. We have good players who are capable of creating something in the last 30 yards.

“But scoring goals is about how you play the game. I always believe to create chances and to score goals, you need to play quite well from the back and make the right decision.

“We want to score more goals than we did last year, and to do that we have to play better football.”

Palace’s tough start to the season began with a 2-0 loss at home to Arsenal and the schedule will not feel any lighter with Liverpool at Anfield up next and a trip to title-holders Manchester City later this month.

The Eagles trailed Arsenal by just one goal late into the Premier League curtain-raiser, Gabriel Martinelli scoring off a well-worked set piece, until Marc Guehi’s 85th-minute own goal put any hope of sharing the spoils out of reach.

“It doesn’t make me happy at all that in the first game of the season we conceded the goal from a set-piece,” Vieira admitted.

“I think we were a little bit sloppy in that situation, with the way that we defended. We talked about it and I expect us to be much better when defending set-pieces.

“This is something we’ve been working on since last year.”

Guehi will look to improve upon his unfortunate night at Selhurst Park, where Bukayo Saka’s cross deflected off his head and past Palace goalkeeper Vicente Guaita.

Jurgen Klopp will also hope to see a better performance from his whole side after their season opener at Fulham ended in a 2-2 draw.

Still, believes Guehi, that score-line should not give Palace any additional boost.

“Everyone knows how strong they are as a team, they’ve got some fantastic players, obviously off the back of a good season they had as well so it’s going to be a tough game.

“We expect that and hopefully we can go and put in a good performance.”