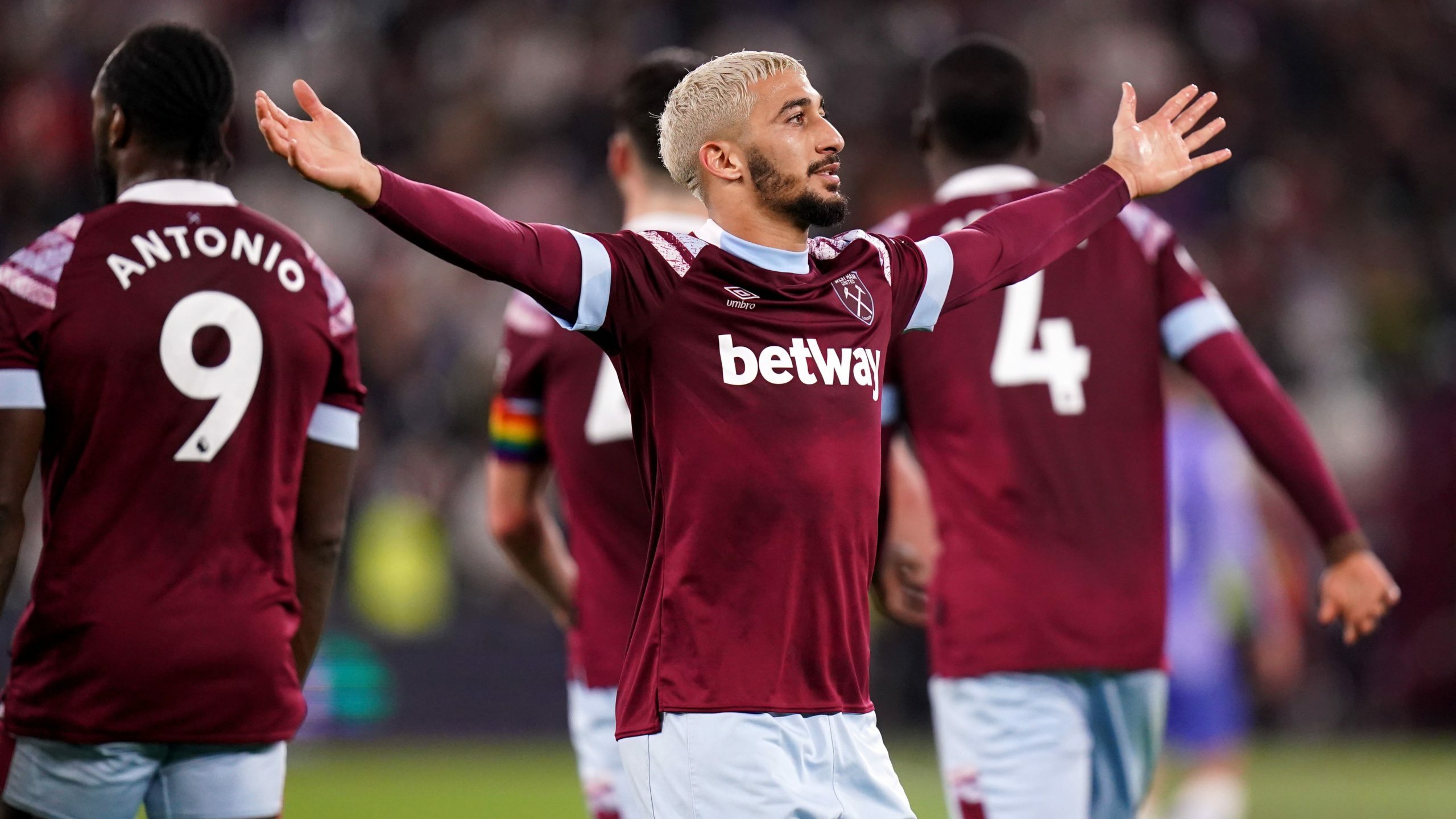 Kurt Zouma’s first goal since November 2021 was allowed to stand by the VAR despite a clear handball by Hammers defender Thilo Kehrer.

The game’s pivotal moment came when Kehrer scooped Jarrod Bowen’s corner into the air before it was headed clear by Chris Mepham, nodded back by Tomas Soucek and eventually over the line via the top of Zouma’s head.

The word from Stockley Park was that because the handball was not deliberate, and had not led directly to the goal, that it was allowed to stand.

Bournemouth caretaker boss Gary O’Neil was angry with the decision, with the former West Ham midfielder booked for his protests.

Then Vladimir Coufal’s cross hit the hand of Zemura as he slid in to block, with Benrahma wrapping up the win from the spot.

It was Benrahma’s third goal of the season.

West Ham climbed up to 10th and into the top half for the first time this term.

It was a fiery end to both halves of a match in which West Ham laboured to find a way through the mass of bodies in the Bournemouth defence.

Benrahma fired an early free-kick into the side-netting and Soucek headed over from Aaron Cresswell’s cross.

Flynn Downes had a goal-bound shot blocked by a sliding Mepham and Cresswell’s shot was tipped over by keeper Neto.

Bournemouth could have taken the lead when Lukasz Fabianski spilled the ball in a goalmouth scramble but recovered to deny Dominic Solanke.

The striker was offered another chance thanks to a stray pass from Soucek but Kehrer shepherded him away from goal and Fabianski saved his shot.

Solanke’s evening came to a premature end when he limped off shortly before half-time, and moments later West Ham had the lead as Zouma marked his 200th Premier League appearance with a rare goal.

Moyes has complained recently that too many calls were going against his side – but the Scot had certainly got lucky this time.

Bournemouth goalkeeper Neto had been struggling with a muscle injury during the first half and he was replaced at the break by Mark Travers, whose last appearance was the 9-0 mauling by Liverpool which prompted Scott Parker’s sacking.

Travers was immediately tested by a long-range volley from Declan Rice which he palmed away.

Bournemouth pressed for an equaliser but West Ham held firm before Benrahma’s spot-kick secured a fifth straight home win in all competitions for the first time since they moved into the London Stadium.