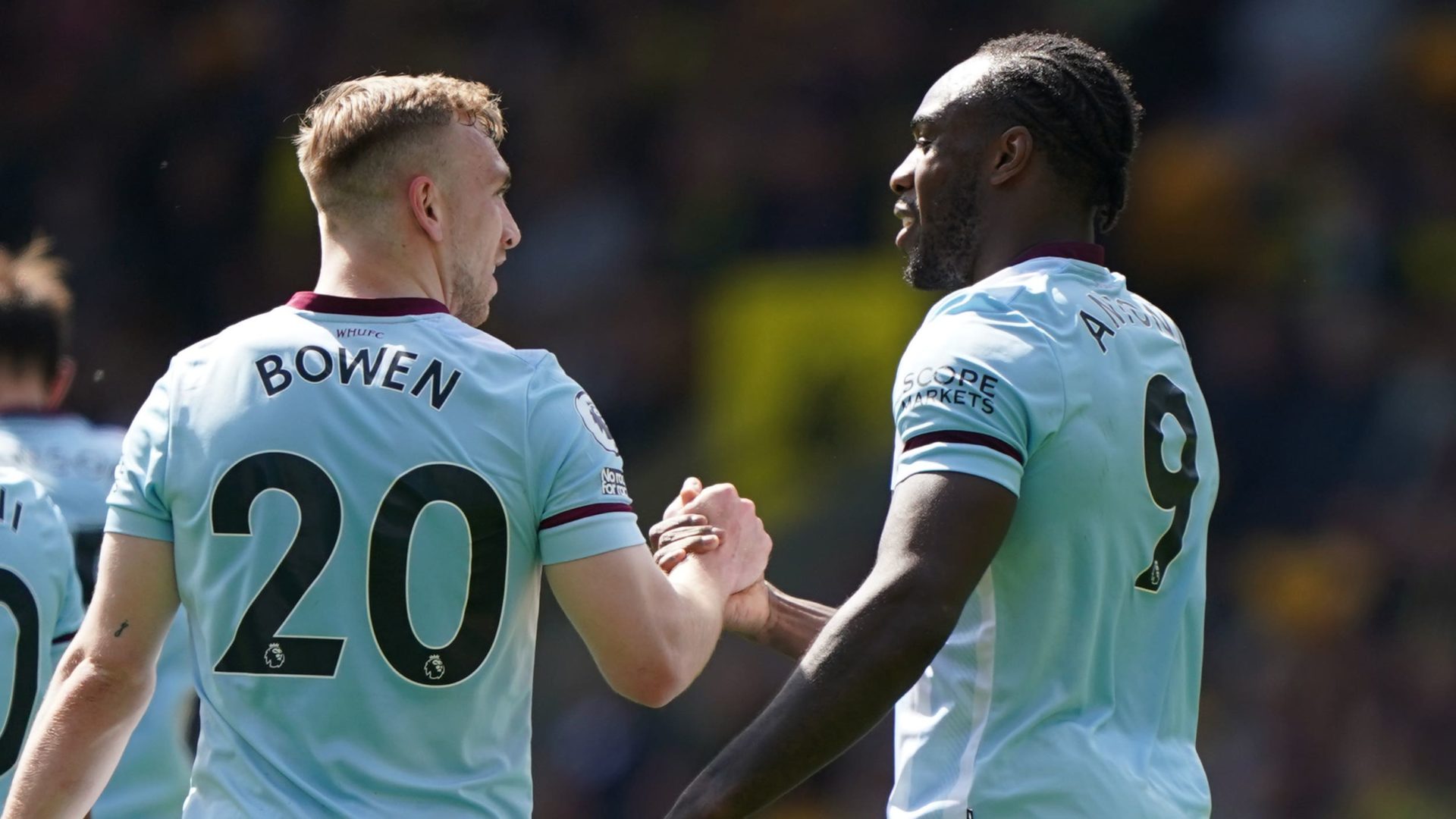 Vladimir Coufal has revealed West Ham’s simple tactic to get the best out of star forward Jarrod Bowen: “Just give him the ball.”

Bowen set up West Ham’s first three goals in Sunday’s 4-0 win at Norwich and in doing so took his number of assists this season to 10.

The 25-year-old is now the first Hammer since Paolo Di Canio 22 years ago to reach 10 goals and 10 assists in a Premier League season.

“I’m happy for him and I enjoy playing alongside him. All you have to do is give him the ball because he will either score or provide an assist.”

Said Benrahma was twice the beneficiary of Bowen’s creativity at Carrow Road, while Michail Antonio was also on the scoresheet before half-time.

Manuel Lanzini wrapped up the comprehensive victory with a second-half penalty to keep West Ham in with a shout of a return to Europe, following their Europa League semi-final defeat last Thursday.

“It was disappointing for us to lose to Eintracht Frankfurt but we are experienced enough to accept it, move on from it and go again, which we did,” added Czech international Coufal.

“It was a very important win for us and another three points on the table. It helps strengthen our chances of securing European football next season, but we’re aware we still need to win our remaining games.

“It was important for us to return to winning ways because we lost four games in a row.

One bright spot on another otherwise dark day for relegated Norwich was a debut for teenage winger Tony Springett.

The 19-year-old, who came on at half-time, told the club website: “It is unbelievable to make my debut.

“That is what I have wanted since I was a kid, to step on a Premier League pitch.

“But, considering the result, it was not the best. It hurts a bit, but at the same time I am very grateful to get my debut.”