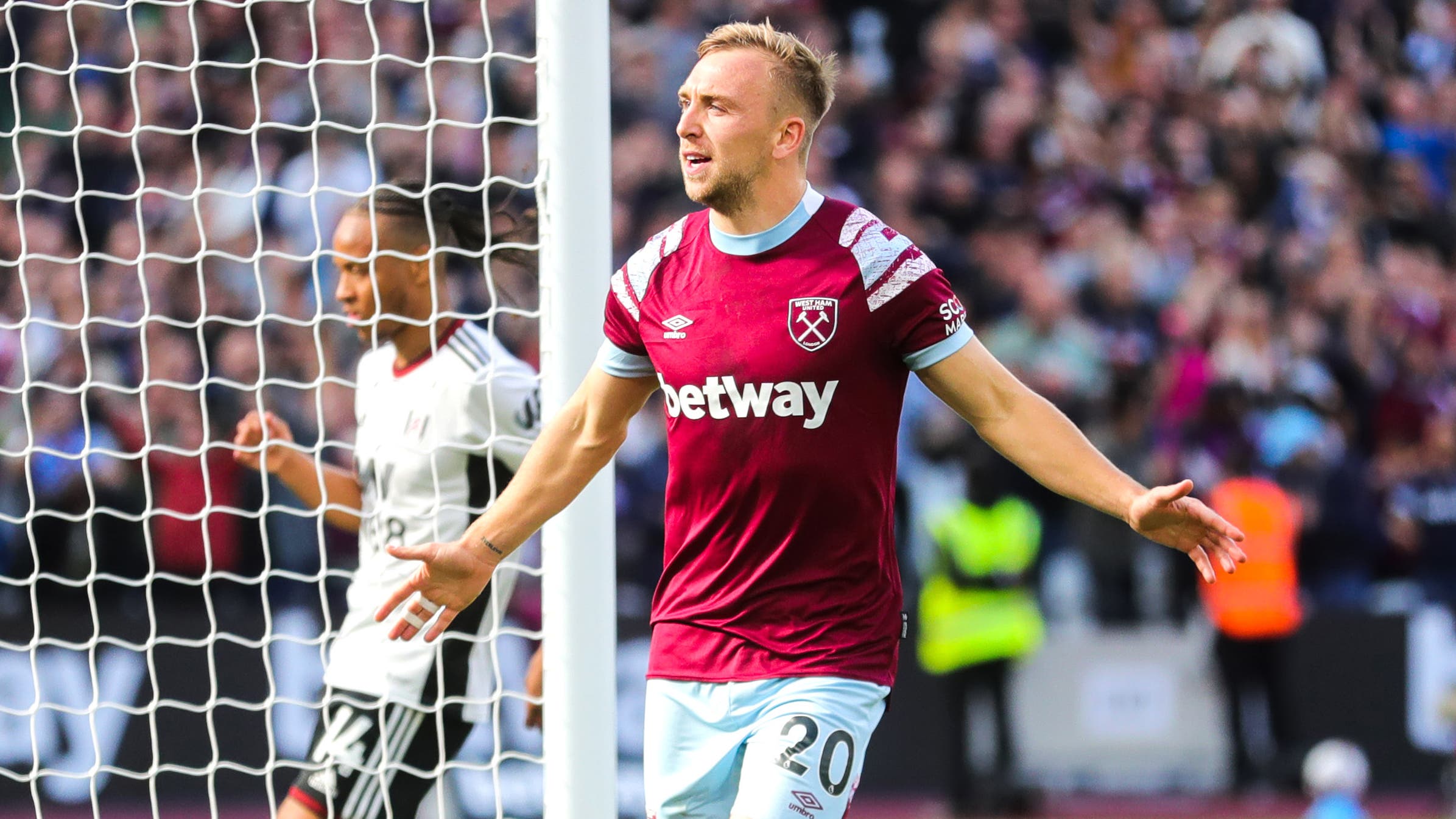 West Ham’s Jarrod Bowen has his focus on “scoring for fun” with the World Cup on the horizon.

Bowen had a slow start to the season after last term’s 18-goal campaign catapulted him into the England reckoning and saw him make his debut against Hungary in June.

The 25-year-old was part of the Three Lions squad for last month’s Nations League games against Italy and Germany, but he had to wait until the start of October for his first Premier League goal.

Bowen, though, has now scored three goals in four games – and five for the season – to help the Hammers climb the Premier League table and boost his own hopes of making the World Cup in Qatar next month.

“It’s a bit different this year,” Bowen told the club website. “I’ve scored more, but my performances have not been what they need to be.

“Sometimes as players, you go through a little rough patch in the first few games of a season.

“But the manager (David Moyes) has been behind me, and I know my own ability and I’ll never come off that page.

“Sometimes it just doesn’t happen for you.

“But as long as you keep on that same page of doing the basics well for yourself and the team, everything else will drop and fall into place and you’ll start scoring for fun.”

West Ham, seventh last season, were in the bottom three of the Premier League after losing at Everton on September 18.

But successive victories over Wolves and Fulham, along with back-to-back Europa Conference League wins over Anderlecht, have led to a fresh wave of optimism around the London Stadium.

“If you look at the quality that we’ve got, especially now that we’re all kind of clicking on the same wavelength,” Bowen said of the Hammers’ four-game winning streak ahead of Sunday’s trip to Southampton.

“It’s about knowing the quality that we have got. It’s about believing in the squad.

“And with the quality we have, I had no doubts that our form would turn, for sure.

“The games are coming thick and fast, and it is all about momentum, confidence and winning football games. That’s what we’re hoping for (on Sunday).”