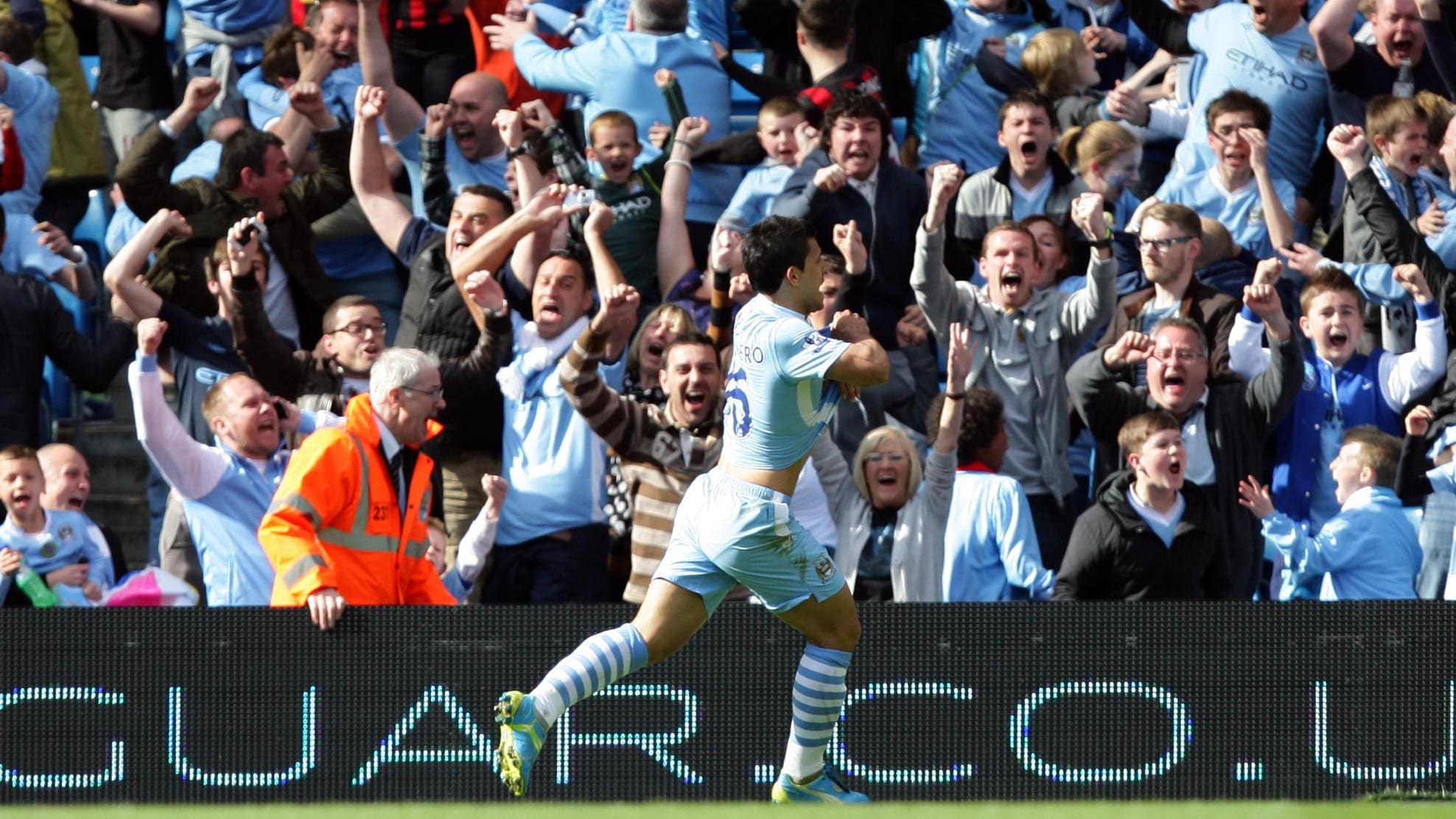 Aguero struck with 93 minutes and 20 seconds on the clock as City came from behind to win 3-2 at the Etihad Stadium and snatch the Premier League crown from rivals Manchester United.

Here, the PA news agency speaks to some footballing personalities about that game.

“My reflections are: Paddy Kenny (QPR goalkeeper) should have done better for a couple of the goals; City get the second goal and QPR kick it straight back to them – and that’s never been questioned, which I find strange; Djibril Cisse celebrating after the game with the City players. No, listen. It’s an historic moment in the Premier League. So I’m sure if you’re not involved as a Manchester United player, that’s probably one of the greatest moments in the league.”

“I know there is a perception commentators write their stuff down but they don’t, I can tell you. It was an unscripted, off-the-cuff response. We’re all football fans and I just hope I captured the mood of every football fan, not just in the stadium but watching around the UK, and hopefully it’s been heard around the world since. I thank my boss because I don’t pick my games. I was sent there that day and it turned out to be an extra special one.”

“He (Aguero) was so important, so instrumental to any achievement we had. I really feel without him a lot of it wouldn’t have been possible. That goal in 2012 was just the start of many, many moments in which would be decisive for us.”

“I think that was, for me, the greatest moment in Premier League history because of the absolute drama of it. It was gone, they were blowing it. United thought they were going to win the league, and they were on the pitch, and then we all remember that moment. I was sitting in the Match of the Day office when it happened. I think there were seven or eight people in there. Every person in that room jumped up and screamed when Aguero scored, and we were all neutral. It was just a magical, unbelievable moment.”

“You’re thinking, ‘Oh my gosh, Man City, right at the death, have blown it’. Then Aguero scores arguably one of the greatest goals in Premier League history and (for) me, like everybody else, it was it was an unbelievable moment. It was a fantastic moment.”