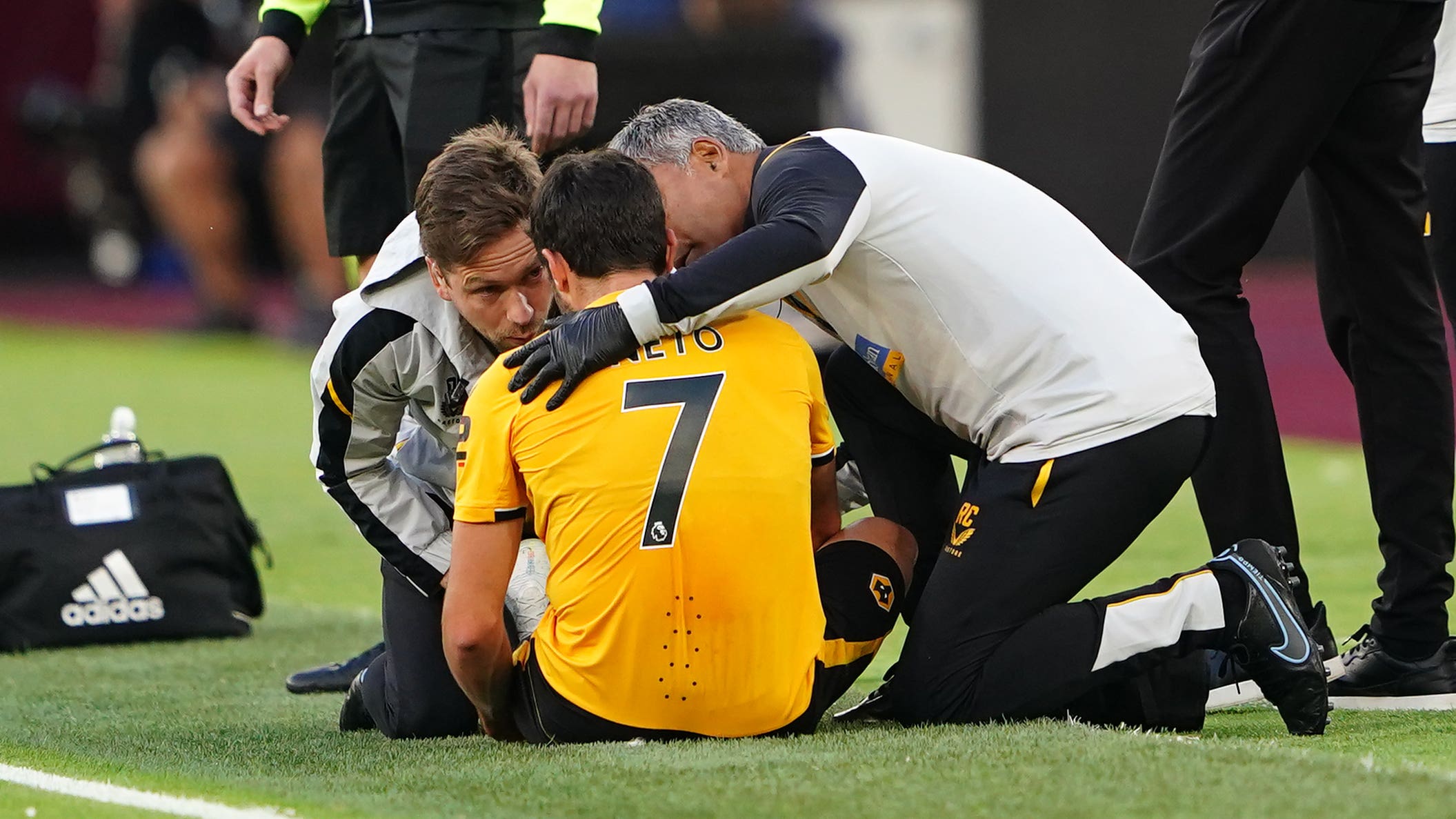 The 22-year-old was forced off in the 24th minute of last weekend’s Premier League defeat at West Ham after suffering the injury and specialists have deemed he needs to go under the knife.

A statement on Wolves’ website read: “Pedro sustained an ankle injury against West Ham on Saturday where he strained the lateral ligaments.

“Following further evaluation and a specialist opinion this week, it is planned for him to undergo surgery. This means that, unfortunately, he will not be fit for the upcoming World Cup.”

It is a major blow for Neto, who received his first call-up to the senior Portugal team in November 2020 and has won three caps.

He missed 10 months of action with a serious knee injury picked up playing for Wolves in April 2021 but has started every Premier League match this season.

He was part of the Portugal squad for recent games against the Czech Republic and Spain but was not given any minutes.

It is also more bad news for Wolves, who sit in the bottom three and are searching for a new manager after the West Ham loss spelled the end for Bruno Lage.