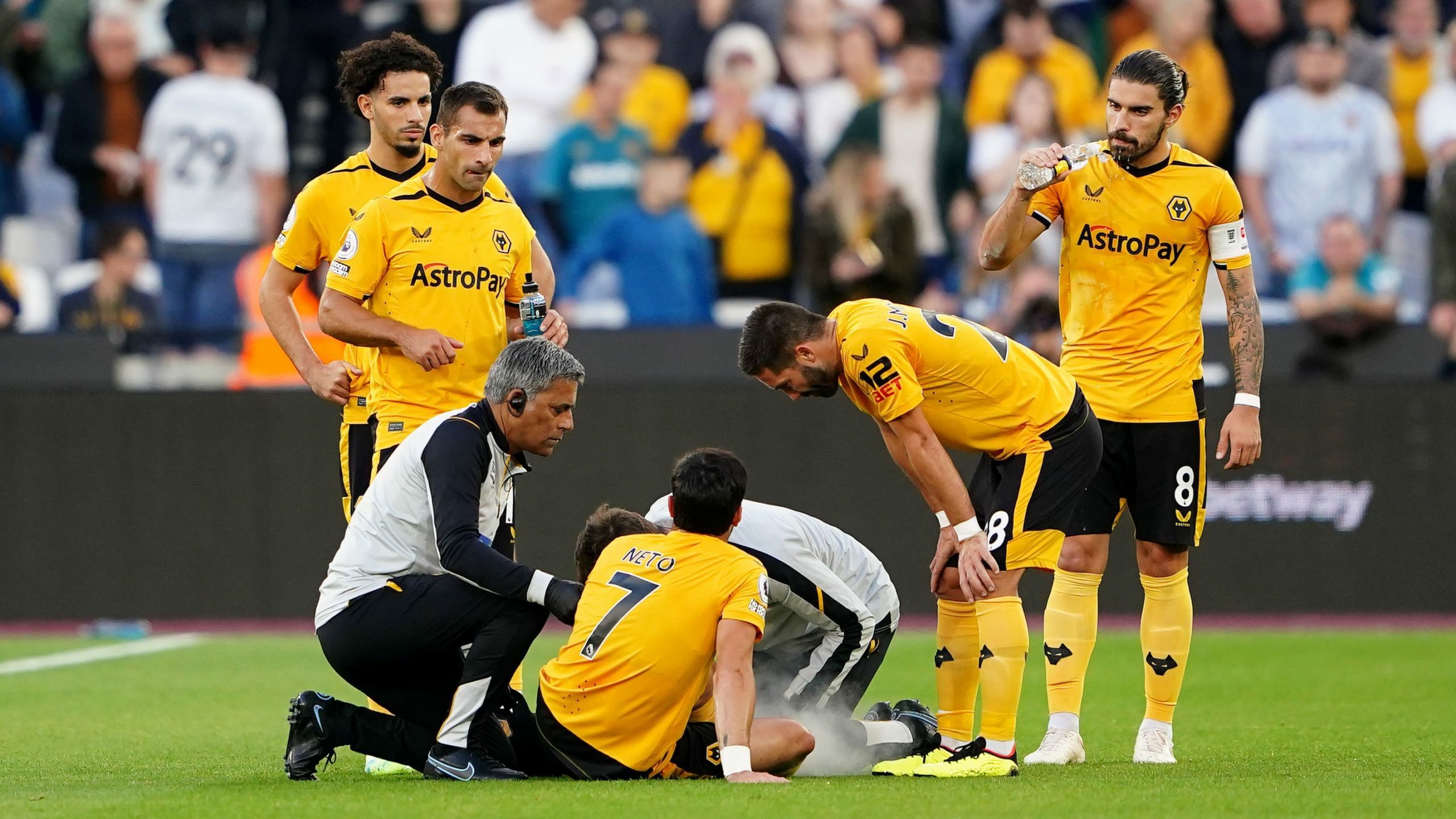 Wolves are “devastated” for Pedro Neto following the news he will miss the World Cup, interim head coach Steve Davis said on Friday.

The 22-year-old Portugal international was forced off in the 24th minute of last weekend’s Premier League defeat at West Ham after suffering an ankle injury and specialists have deemed he needs an operation.

A statement on Wolves’ website read: “Pedro sustained an ankle injury against West Ham on Saturday where he strained the lateral ligaments.

“Following further evaluation and a specialist opinion this week, it is planned for him to undergo surgery. This means that, unfortunately, he will not be fit for the upcoming World Cup.”

It is a major blow for Neto, who received his first call-up to the senior Portugal team in November 2020 and has won three caps.

He missed 10 months of action with a serious knee injury picked up playing for Wolves in April 2021 but had started every Premier League match this season.

He was part of the Portugal squad for recent games against the Czech Republic and Spain but was not given any minutes.

Davis said: “He’s had so much bad luck already. We’re all devastated for him as a group. He’s got good support around him, lots of support from player care and psychology and players and staff. We’ll look after him and make sure he comes back stronger than he is now.”

It was news Wolves could certainly have done without, with a poor start to the season leaving them in the bottom three and spelling the end for manager Bruno Lage.

Under-18s head coach Davis was placed in temporary charge along with James Collins, who has the same role with the under-21s, and the pair will be in the dugout for Saturday’s trip to Chelsea.

Davis said of his conversations with chairman Jeff Shi: “I was watching my grandson in Keele University on Sunday and late afternoon I got a call to come down Monday and meet with him just to discuss things going forward.

“At that point I wasn’t aware of the situation. Then James was told a little bit later because we had a game against Man City in the Under-21s. We then spoke to each other just to see what we thought and then Monday we spoke about what we were going to do for the rest of the week.

“I’ve supported this football club since I was six, so over 50 years now. I can’t describe how it feels. My dad took me as a boy back in the 70s.

“I remember a lot of very, very good teams. This is probably one of the most talented groups I’ve seen technically. Having been here for a week, they’re fantastic people as well.”

Davis has been pleased with the reaction of the players and he and Collins will look to put their stamp on things this weekend, which could include a first start for striker Diego Costa, who made a difference off the bench against West Ham.

“The spirit’s been good, we’re really pleased with the response,” said Davis, who managed Crewe for more than five years before joining Wolves.

“We look for commitment, we look for something different, a reaction, and we’ve got that. Hopefully we’ll be brave in our selections.

“It is a chance to change things but if you change too much in a short space of time it can lead to a bit of confusion, so we’ve tried to run along the same sort of lines but we’ve just tried to add little things, get them smiling and enjoying it. It’s a difficult situation.

Wolves will be without Ruben Neves, who serves a one-match suspension having picked up five yellow cards this season, but Hwang Hee-chan is fit again.