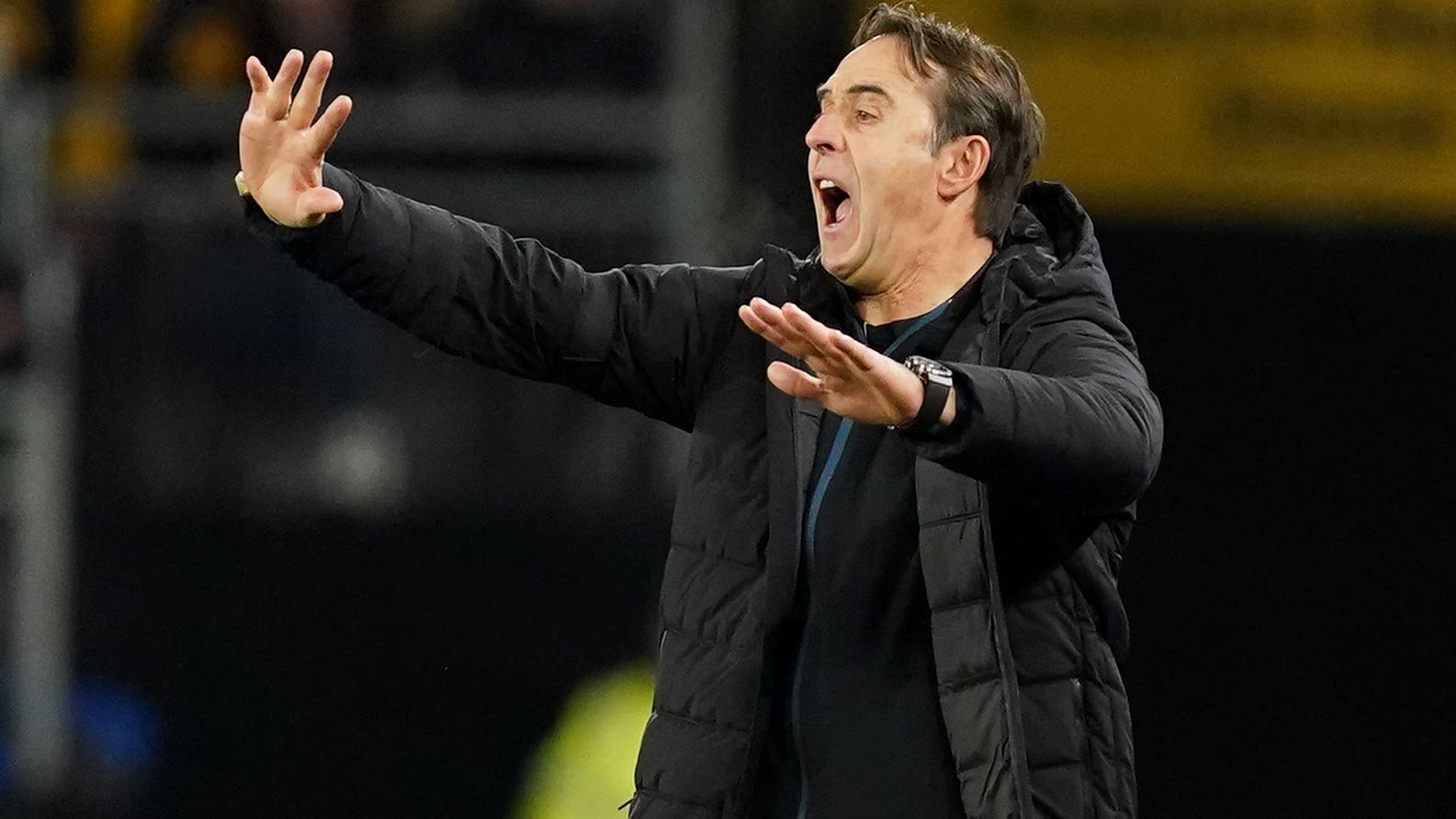 Boss Julen Lopetegui insists Wolves must believe they can beat Manchester City – or they might as well stay at home.

They go to the Etihad on Sunday looking to upset the reigning Premier League champions and dent their title defence further.

City are five points behind leaders Arsenal, having come back from 2-0 down to beat Tottenham 4-2 on Thursday following the damaging 2-1 Manchester derby defeat.

Pep Guardiola’s side have dropped points against Aston Villa and Everton while they have also lost at home to Brentford and were dumped out of the Carabao Cup by Southampton.

Lopetegui said: “We are going to go to Manchester with the ambition to be able to get positive things – if not we prefer to stay here.

“We have big respect for Manchester City but we have much respect for us and our players. We have to believe in them.

“They are always going to be dangerous because they are a fantastic team. This is the moment we have this match and we are going to go with all our ambition.

“I saw them on Thursday and they were a very strong team with a fantastic reaction.

“Being able to damage the opponent with three goals in 15 minutes, they are a very strong team with and without the ball. They have collective solutions and individual solutions. It’s one of the most complete teams in the world.

“We’re going to try and put the focus on our strengths and to be able to show these strengths. We will see what will happen.”

Lopetegui has been in charge for a month, winning three and losing two of his opening eight games, and has quickly assessed his squad.

“We have played a lot of matches in cups and in the league and unfortunately we are out of the cups and now we have to focus on Premier League. We have to continue.”