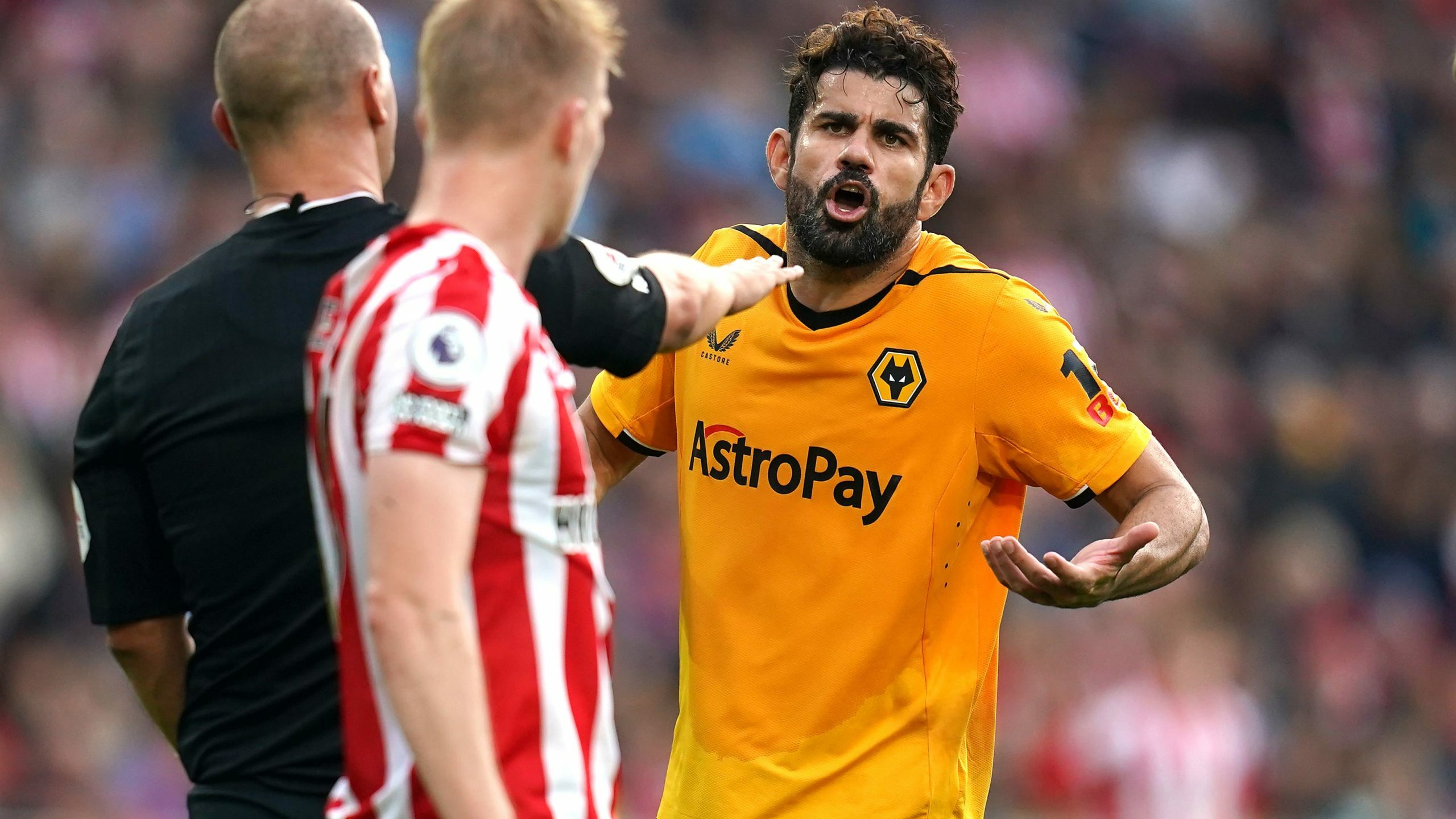 But they now face being without the 34-year-old for the next three matches after he was sent off for head-butting Ben Mee towards the end of Saturday’s 1-1 draw at Brentford in the Premier League.

Neves, whose goal cancelled out Mee’s opener, told Wolves’ website: “We’ve been talking about strikers since the beginning of the season. We had Raul injured, then Sasa injured, now we have Diego out for three games.

“We’ll find solutions, we don’t have a big squad, but I’m sure we have players than can do that because we have a lot of quality, a lot of spirit, so someone will do the work and do it really well.”

Mee’s acrobatic scissor kick gave Brentford the lead but Neves replied less than two minutes later with a thunderous finish from the edge of the area.

Bees defender Rico Henry said: “We came into the game wanting to win.

“It was frustrating to concede two minutes after we’d scored. We needed to block the shot. A few of the boys were around it.

“It was a good goal from Ben Mee. I’ve not seen him do that before. Credit to him and credit to the boys for digging deep.

“We created a couple of chances which we could have scored from, and that’s something to take into the next game.”