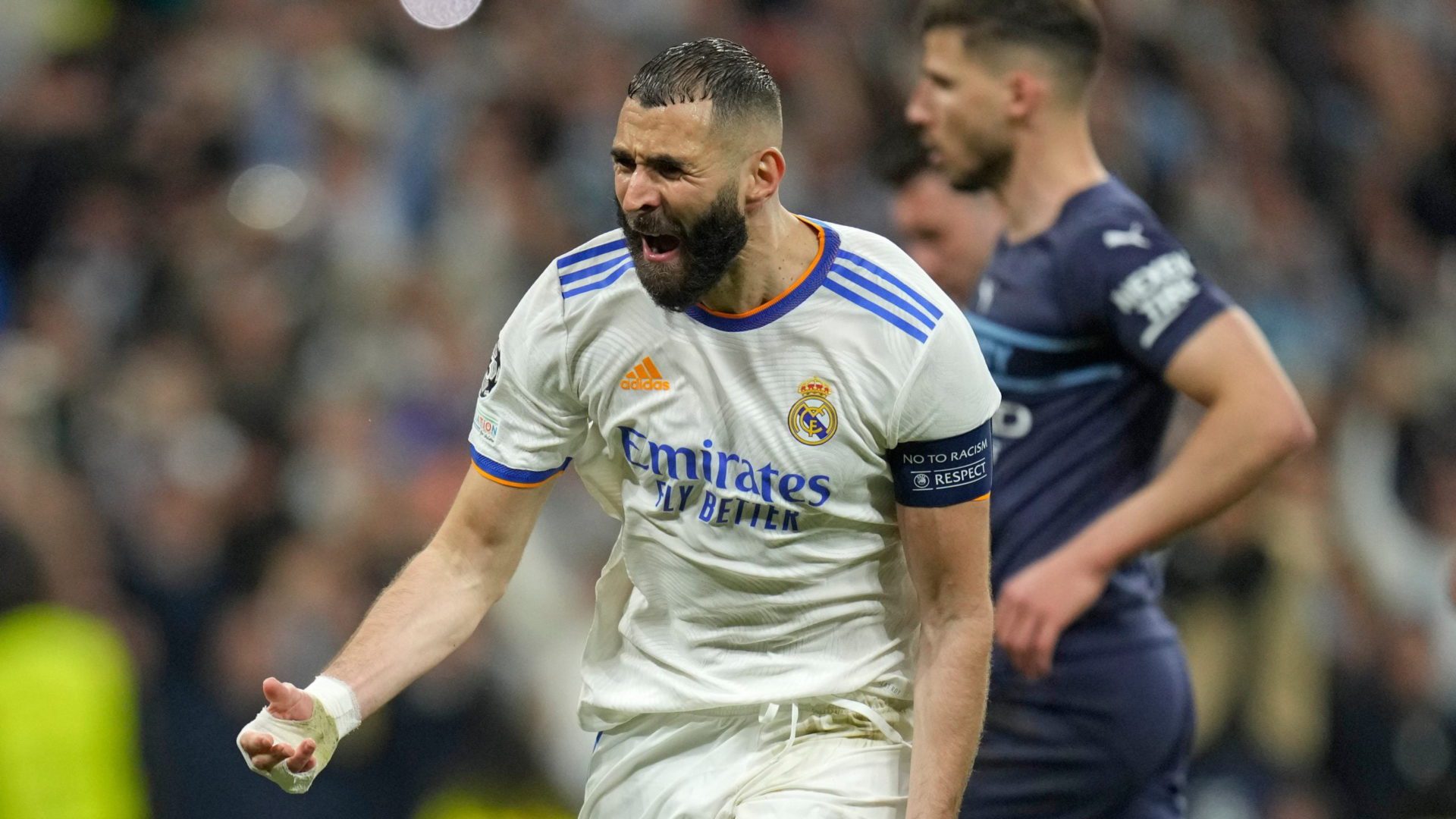 Pep Guardiola’s side looked on course to progress through the semi-final and into a showpiece clash with Premier League rivals Liverpool, only for Madrid to score twice in the final minute and take the tie to extra-time before Karim Benzema’s penalty secured a 3-1 victory on the night.

The 6-5 aggregate win will go down in Champions League folklore and here, the PA news agency takes a look back over other memorable knockout ties in the competition’s history to feature Premier League sides.

Sir Alex Ferguson’s side winning the Champions League final in stoppage time to complete a ‘Treble’ is replayed time and again but it would not have been possible but for a stunning last-four comeback in Turin.

Current Tottenham boss Antonio Conte had given Juventus the lead in the first leg at Old Trafford, only for Ryan Giggs to equalise at the death.

In the return leg, Juve were two goals ahead inside 11 minutes thanks to a Filippo Inzaghi brace but United captain Roy Keane – already knowing he would miss the final through suspension – led an inspired rescue mission, heading in the first before the prolific partnership of Dwight Yorke and Andy Cole struck to send the Red Devils to the Nou Camp and make history.

With Jose Mourinho’s first season in charge in full swing, Chelsea proved early doors they could mix it with the big names in Europe.

A Juliano Belletti own goal had the Blues ahead in the first leg at the Nou Camp before the hosts rallied with goals from Maxi Lopez and future Chelsea striker Samuel Eto’o.

The tie was won in a classic at Stamford Bridge as Mourinho’s men rushed into a three-goal lead courtesy of Eidur Gudjohnsen, Frank Lampard and Damien Duff but – after a Ronaldinho double had Barca heading through on away goals – it was up to Chelsea skipper John Terry to head home from 12 yards.

A thrilling 6-5 aggregate victory over Bayern Munich would follow in the last eight before defeat to eventual winners Liverpool in the semi-final, courtesy of Luis Garcia’s ‘ghost goal’.

A 2-0 loss in the opening home leg saw Ole Gunnar Solskjaer taste defeat for the first time as United boss, with Paul Pogba’s late red card only adding to the woes following goals from Presnel Kimpembe and Kylian Mbappe.

But Solskjaer, scorer of the famous winner in the 1999 final, would mastermind another comeback win – which looked all the more doubtful when Juan Bernat cancelled out Romelu Lukaku’s opener in Paris.

But the Belgium forward would strike again to leave the tie finely-poised before the video assistant referee awarded an injury-time penalty to United, with Marcus Rashford making no mistake from the spot and the Red Devils progressing on away goals. This season was a memorable one for Premier League sides but United’s interest was over with a quarter-final loss to Barcelona.

Tottenham had already seen off Manchester City on away goals in the previous round as Raheem Sterling’s late goal was chalked out for offside to add to the drama.

But their victory over Ajax was the pinnacle of Mauricio Pochettino’s five-year stint at Spurs boss as they came back from losing the first leg at home with Donny Van De Beek scoring the only goal.

The tie looked dead and buried as Matthijs De Ligt and Hakim Ziyech goals widened the margin, only for Lucas Moura to hit a hat-trick – including a last-gasp clincher – to send Spurs through to the final on away goals.

Tottenham would ultimately lose to Liverpool in the final, Jurgen Klopp’s Reds providing their own remarkable feat to see off Barcelona in the last four.

Divock Origi reduced the arrears before substitute Georginio Wijnaldum scored twice in 122 seconds to rock the visitors, who were sent crashing out when Origi doubled up for the night, the Belgium striker going on to score in the 2-0 victory over Spurs in the final.