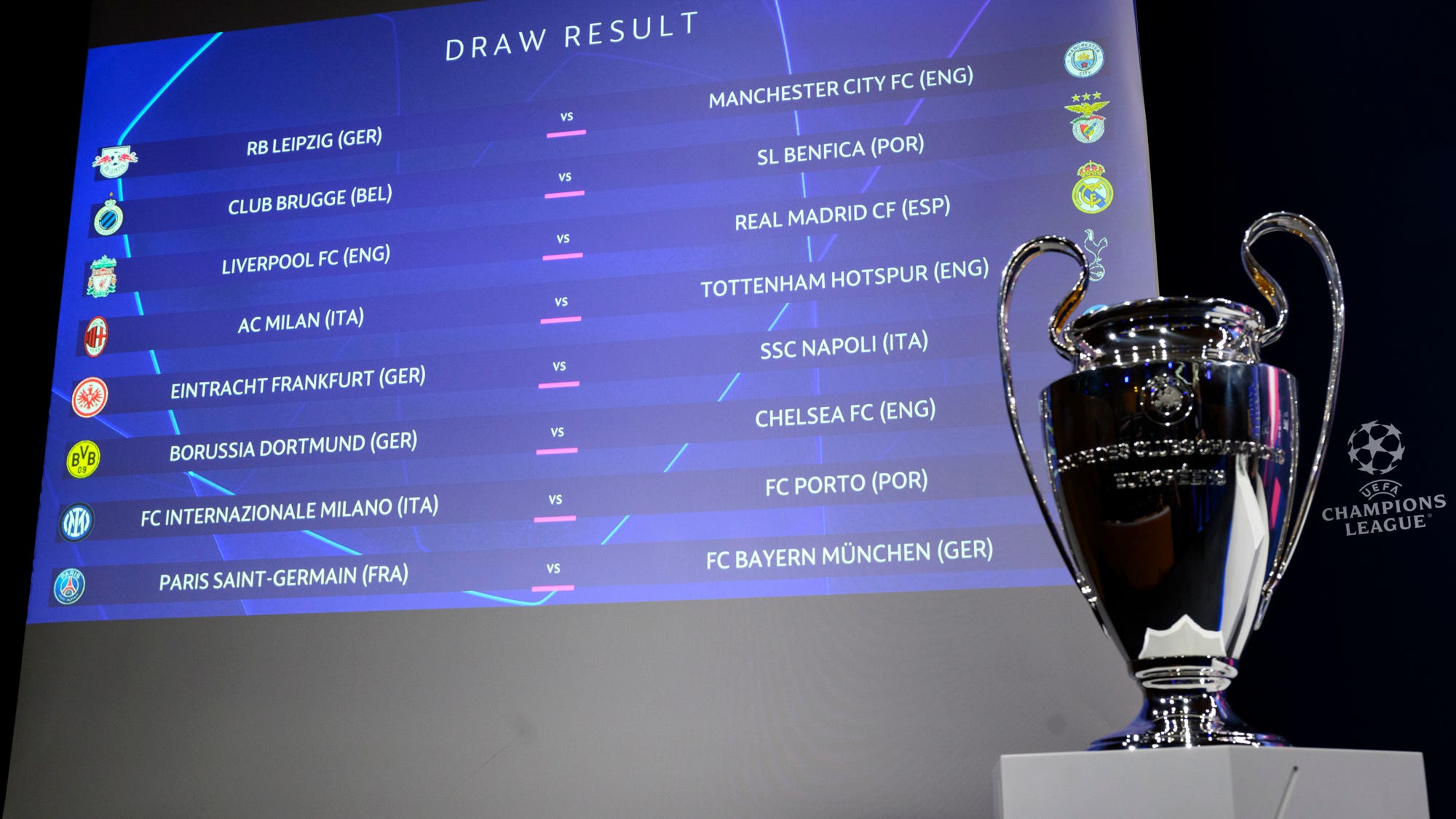 The Champions League round of 16 will pit some of European football’s biggest clubs against one another.

Here, the PA news agency looks at some of the key talking points following Monday’s draw.

Liverpool and Real Madrid have proved almost inseparable in recent seasons and will meet again in this year’s competition. It will be the fourth time in the last six seasons that the pair, with 20 European Cups between them, have done battle. Real came out on top in the two finals between the sides – in 2018 and again last season – with Jurgen Klopp’s side out for revenge this time around.

Another tough test for PSG

Ever since Qatar Sports Investments purchased Paris St Germain in 2011 their goal has been to win the Champions League. But, while dominance of Ligue 1 was quickly secured, several managers have tried and failed to deliver a first-ever European Cup to the French capital. Now current coach Christophe Galtier must see off Bayern Munich in the last 16 if he is to keep up his chances of succeeding where Carlo Ancelotti, Laurent Blanc, Unai Emery, Thomas Tuchel and Mauricio Pochettino all failed.

Like PSG, Manchester City are yet to win a European Cup but have started to make their mark on the continent in recent seasons. Pep Guardiola’s side are the favourites to win this season’s Champions League and a favourable tie against RB Leipzig will do little to quell those expectations. Leipzig, who did not make it out of the group last year, are currently sixth in the Bundesliga but did finish just a point behind Real Madrid to advance from Group F this time around.

A Jude awakening for Graham Potter

Two-time winners Chelsea impressed in the group stages under both Tuchel and Graham Potter – the latter taking charge for the last five games, winning four of them. The Blues have been paired with Borussia Dortmund in the last 16, with England midfielder Jude Bellingham the jewel in their crown. The 19-year-old has been strongly linked with a return to England next summer but for now is integral to Dortmund’s plans, and leads their scoring charts with nine goals in all competitions this season, including in a 2-1 loss to Manchester City during the group stages.

Conte heads back to Milan

Tottenham’s last-gasp winner against Marseille in the final group game sent Antonio Conte’s through in top spot from Group D. They will see it as unfortunate to have drawn AC Milan as a result, with the seven-time winners having finished second behind Chelsea. Conte, who managed city rivals Inter between 2019 and 2021 will be keen to return to his homeland and mastermind victory over Milan, who are currently second in Serie A and boast familiar names such as Fikayo Tomori, Olivier Giroud and Zlatan Ibrahimovic – with the latter likely to have recovered from a serious knee injury in time for the tie.