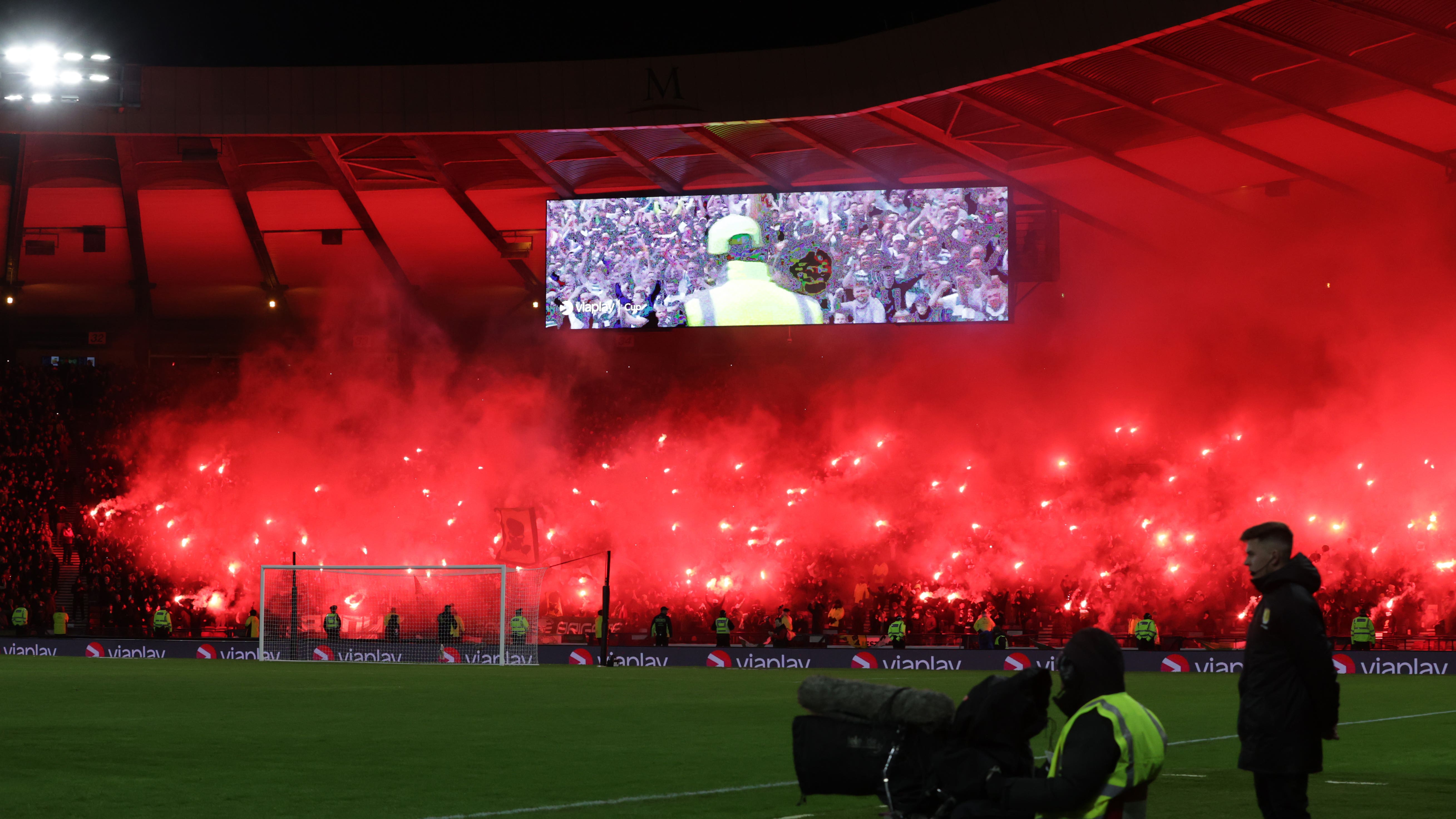 5 things we learned from the weekend’s action in Scotland

There were plenty of talking points in the Viaplay Cup and cinch Premiership on another important weekend in Scottish football.

Celtic and Rangers will meet at Hampden on February 26 after seeing off Kilmarnock and Aberdeen respectively at the national stadium.

Hearts further consolidated third spot in the league with victory over St Mirren while Livingston enhanced their top-six hopes with a win against St Johnstone. Hibernian, Dundee United, Motherwell and Ross County all find themselves in similar situations after draws in the other two games.

A familiar final awaits but there were no cup walkovers

Both Celtic and Rangers were pushed all the way by their opponents. Kilmarnock thought they should have had a penalty for Giorgos Giakoumakis’ clumsy challenge on Joe Wright just before the Greece striker made it 2-0 for the holders in stoppage-time. Aberdeen took the lead against Rangers before their chances were diminished by Anthony Stewart’s red card just before the start of extra-time. Even then they came close to securing penalties with Jonny Hayes and Hayden Coulson forcing good stops in the closing moments.

There is something wrong with the Hampden pitch

Glasgow experienced torrential rain before Celtic faced Kilmarnock on Saturday evening but the heavy state of the pitch was a major surprise and managers of the semi-finalists expressed disappointment. Aberdeen boss Jim Goodwin admitted he had told his players not to take any risks in possession after seeing the state of the turf the previous day. The situation was all the more surprising considering Queen’s Park no longer play at the national stadium – apart from two matches in early December.

Kemar Roofe’s luck does not get any better

The forward struck his first goal since a Europa League quarter-final against Braga in April when he finished well early in extra-time to send Gers into the final. But the former Leeds and Anderlecht man, who has only just returned from a long-term calf injury, later went off after landing heavily on his shoulder. Rangers boss Michael Beale revealed there was no dislocation but the forward will get the injury X-rayed.

Anthony Stewart put his foot in it again

The Aberdeen defender caused a stir at Hampden on Thursday during the captains’ media conference when he claimed Antonio Colak was a better striker than Alfredo Morelos. With Colak injured, the Colombian set up Rangers’ equaliser before going off for Roofe. Stewart soon joined him off the park when he put in a wild challenge on Fashion Sakala in time added on to the 90 minutes and left his side a man down for extra-time after receiving his second red card in four matches.

Kevin Nisbet is pushing for a Scotland recall

Scotland manager Steve Clarke now has a couple of in-form Premiership options to choose from if he requires a striker to augment his squad for this year’s European Championship qualifiers. Lawrence Shankland had already staked his claim with a strong start to the season at Hearts, and now Hibernian forward Kevin Nisbet can be considered a legitimate contender after making an instant return to scoring form after a 10-month injury lay-off. His double against Dundee United made it five goals in two games and seven in six matches since his comeback in December.