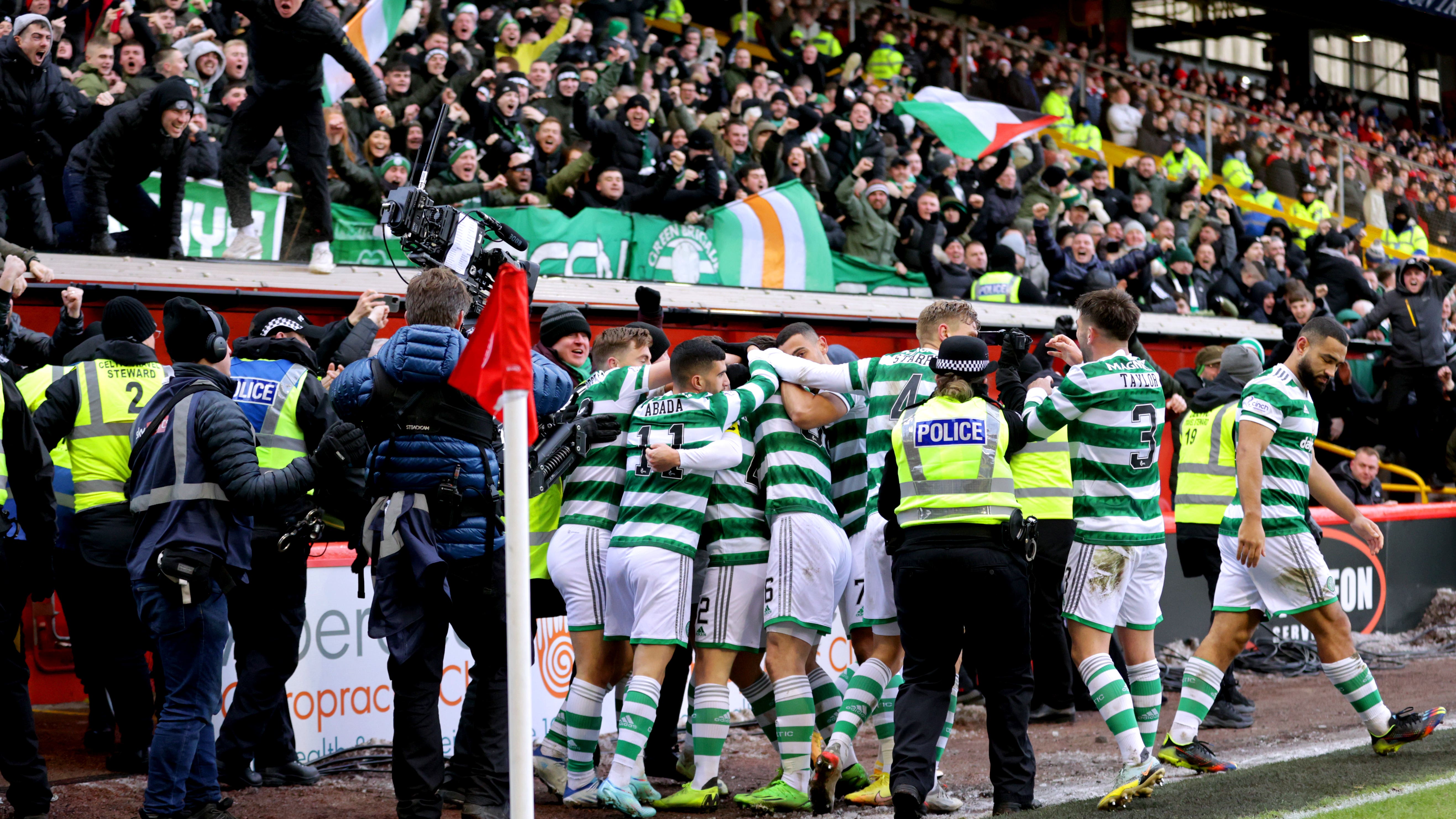 5 things we learned from the weekend’s Scottish Premiership action

By By Gavin McCafferty PADecember 18, 2022No Comments

Celtic restored their nine-point cinch Premiership lead in a weekend of action that was affected by the cold weather.

The champions beat Aberdeen to maintain their advantage in the title race after Rangers had overcome Hibernian on Thursday.

Elsewhere, Hearts and St Johnstone secured victories which consolidated their positions in the top six.

Celtic even better with Callum McGregor

The champions won all six league games without their injured captain, but manager Ange Postecoglou declared there was no doubt the midfielder improved them after he made the difference at Pittodrie on his comeback.

McGregor arrowed an angled drive home from 20 yards in the 87th minute to seal a 1-0 win but he contributed so much more.

The 29-year-old delivered 170 accurate passes, 53 more than the entire Dons team, and set the tempo for the game, according to his manager.

The Aberdeen manager decided to adopt ultra-cautious tactics against the champions after being stung by a 4-1 defeat at Ibrox earlier in the season having vowed to attack Rangers.

Goodwin would have deflected much of the flak with a point but the timing of Celtic’s opener exacerbated the fallout as there was little time for him to change tactics.

The Dons boss now has to decide how to get a result against Rangers on Tuesday while also appeasing the fans’ demands for more ambitious football.

The former Dundee United striker hit a double in a 3-1 victory over Kilmarnock to make it eight goals in as many games in all competitions.

The Scotland international is now the joint top goalscorer in the Premiership with 11 along with Rangers striker Antonio Colak and Bojan Miovski of Aberdeen.

Hearts moved a point off third spot and look set to go from strength to strength with their injury problems easing and their European duties over.

The Perth side came from behind to beat 10-man Ross County 2-1 thanks to substitute Ali Crawford’s quickfire double.

Callum Davidson’s men moved up to fifth and are unbeaten in six league matches from which they have taken 14 points.

Saints face a major challenge in maintaining that form when they travel to Celtic Park on Christmas Eve, although they came within seconds of taking a point off the champions in their most recent meeting.

Motherwell’s home game against St Mirren was one of two Premiership games called off with Livingston’s game against Dundee United falling foul of a frozen pitch.

The Fir Park surface was perfectly playable but a number of frozen and burst pipes around the stadium meant there was no chance the club could accommodate any supporters.

Chief executive Alan Burrows revealed some of the flooding damage on social media and Motherwell now face a challenge to solve the problems before they are scheduled to host Kilmarnock on Friday.