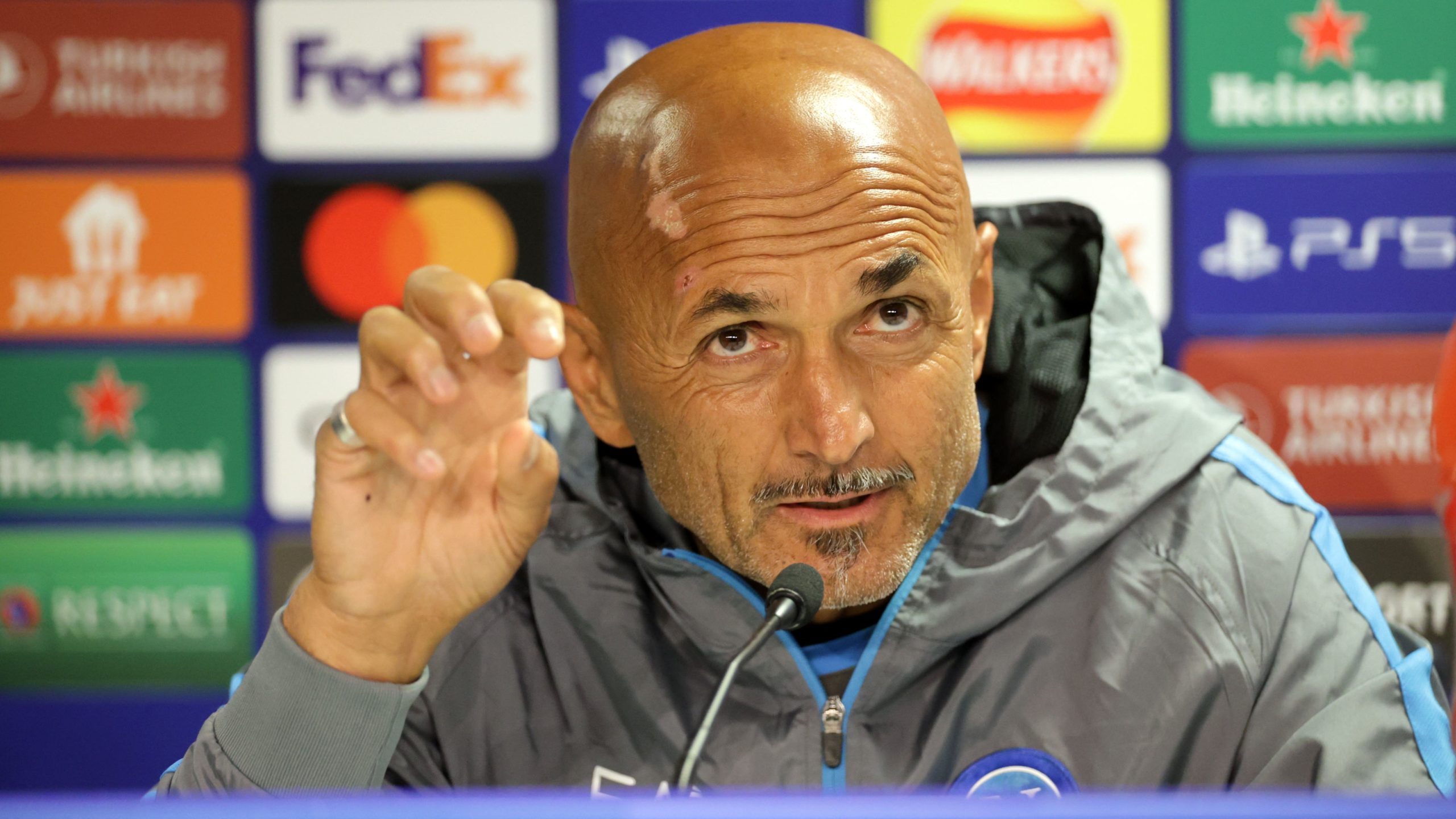 Luciano Spalletti feels like it is Christmas as he looks forward to Napoli’s Champions League game against Rangers at Ibrox on Wednesday night.

The Serie A leaders beat Liverpool 4-1 in their opening Group A fixture last week while the Light Blues went down 4-0 against Ajax in Amsterdam.

Boss Spalletti, 63, speaking through an interpreter at Ibrox, spoke of his joy in playing so many big clubs in the Champions League.

He said: “It is a wee bit like Christmas Eve, that is how happy I am to be playing in all these different games.

“As if I am being rewarded with all these presents for my good behaviour.

“It is sentimental for football to have a group with so many great, historical teams in it.

“That doesn’t always happen in this tournament so the chance to go and play in all of these great stadiums is something that I am really looking forward to.”

Rangers are under pressure after a 4-0 defeat by Old Firm rivals Celtic at Parkhead was followed by another pasting in Amsterdam last week.

But Spalletti said: “We know that Rangers can play how they play home and away and they are used to this sort of pressure.

“This sort of stadium becomes a push, a force of energy to the players.

“I have read players from the past saying that it is impossible to come here and not feel some sort of reaction with the atmosphere.

“I am sure it will have an amazing reaction for the players.”

The Cameroon midfielder said: “I saw some videos. I know tomorrow will be so hot and I think we are ready to play this game.

“The mistake we can’t make is to come here like the winning team.

“We have to be humble. This team, trust me, I saw some videos, have a lot of quality.

“Anything can happen so we have to play with expect, humility and do our job. We can’t come here thinking they are a good team but they are better.

“In football, anything can happen and we know it will be a hard game and we have to give our best to win it.”

There will be no Napoli fans inside the ground due to policing issues following the death of the Queen.

The former Fulham player said: “It will be hard to play without them.

“We know they are there with us and we have to give our best for them.