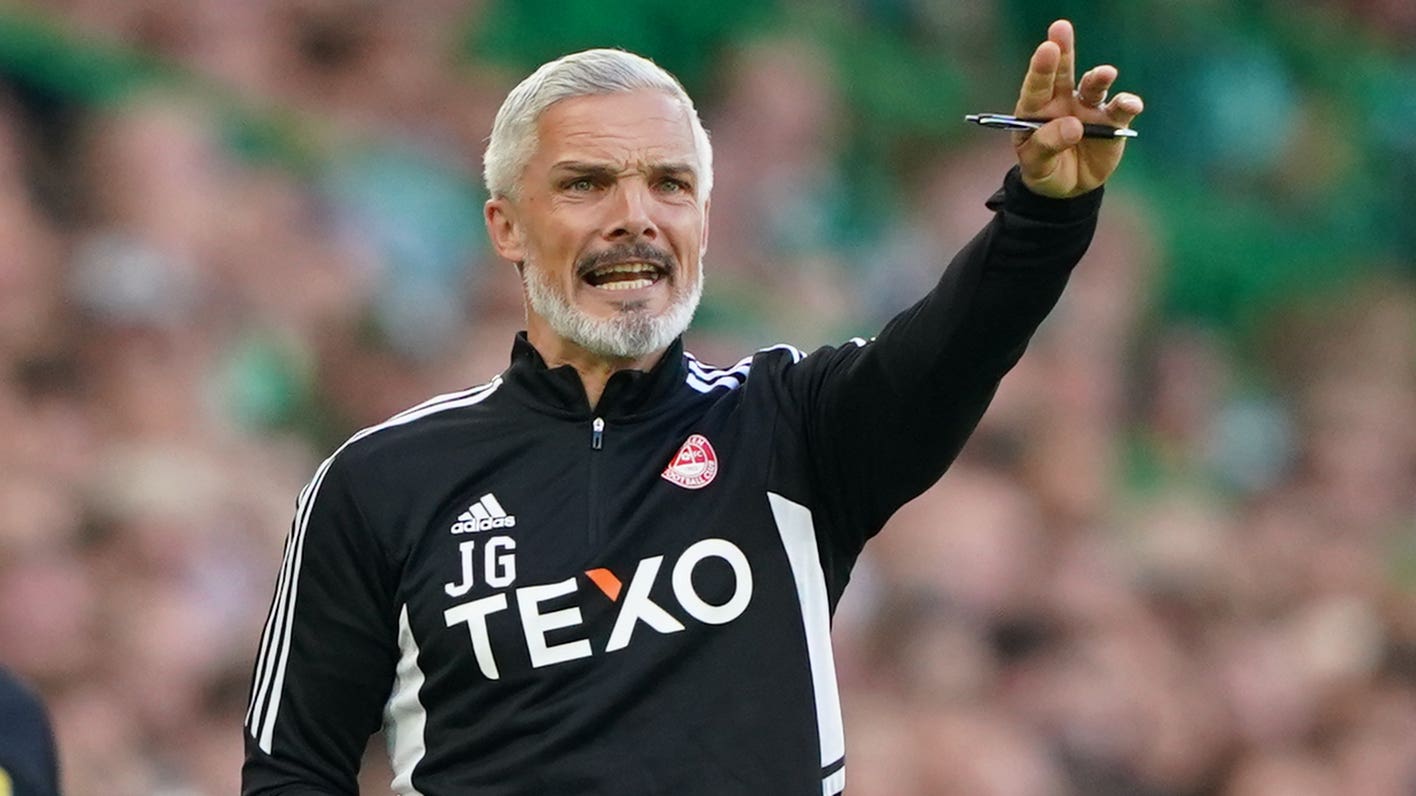 Aberdeen boss Jim Goodwin taking nothing for granted against Hearts

Aberdeen manager Jim Goodwin will take nothing for granted against Hearts despite the Tynecastle side’s growing injury list and European exertions.

Hearts were missing seven players through injury in Italy on Thursday and lost Nathaniel Atkinson to a heavy knock early in the 5-1 Europa Conference League defeat by Fiorentina.

But Goodwin, whose side were on the end of a 4-0 thrashing last weekend as Dundee United recorded their first cinch Premiership win of the season, said: “We don’t take anything for granted.

“We didn’t underestimate Dundee United last weekend, just because they were sitting bottom of the table before a ball was kicked.

“We respected the quality of players that they had in their squad. We approached the game in the right manner. Unfortunately, things didn’t go our way and we ended up losing.

“We won’t underestimate Hearts either. I don’t really take notice of the players who are available and who are are unavailable. I believe whatever team that Robbie Neilson goes with, whatever the starting XI is, it’ll be full of quality.

“In the attacking areas in particular, they’ve got some very, very good players who can cause any teams problems.

“Robbie has done great things at Hearts. He’s a really top young manager. I am pretty sure he would prefer to be involved in the European stage than not be.

“There is a level of fatigue I do think for these European teams. I think the challenge is always the volume that you’ve got available in the squad, and when you lose two or three key players having to play Thursday, Sunday, every week, it can be very challenging and difficult.

“I think that’s probably a lesson to be learned for all of us if that’s where we want to be in the future and we want to go into these European competitions and be competitive but still be competitive on a domestic front after it.

“We need to look at maybe increasing squad sizes, which is a challenge in itself financially but I think that’s probably been the issue that has caused Robbie the biggest concern I would imagine.”