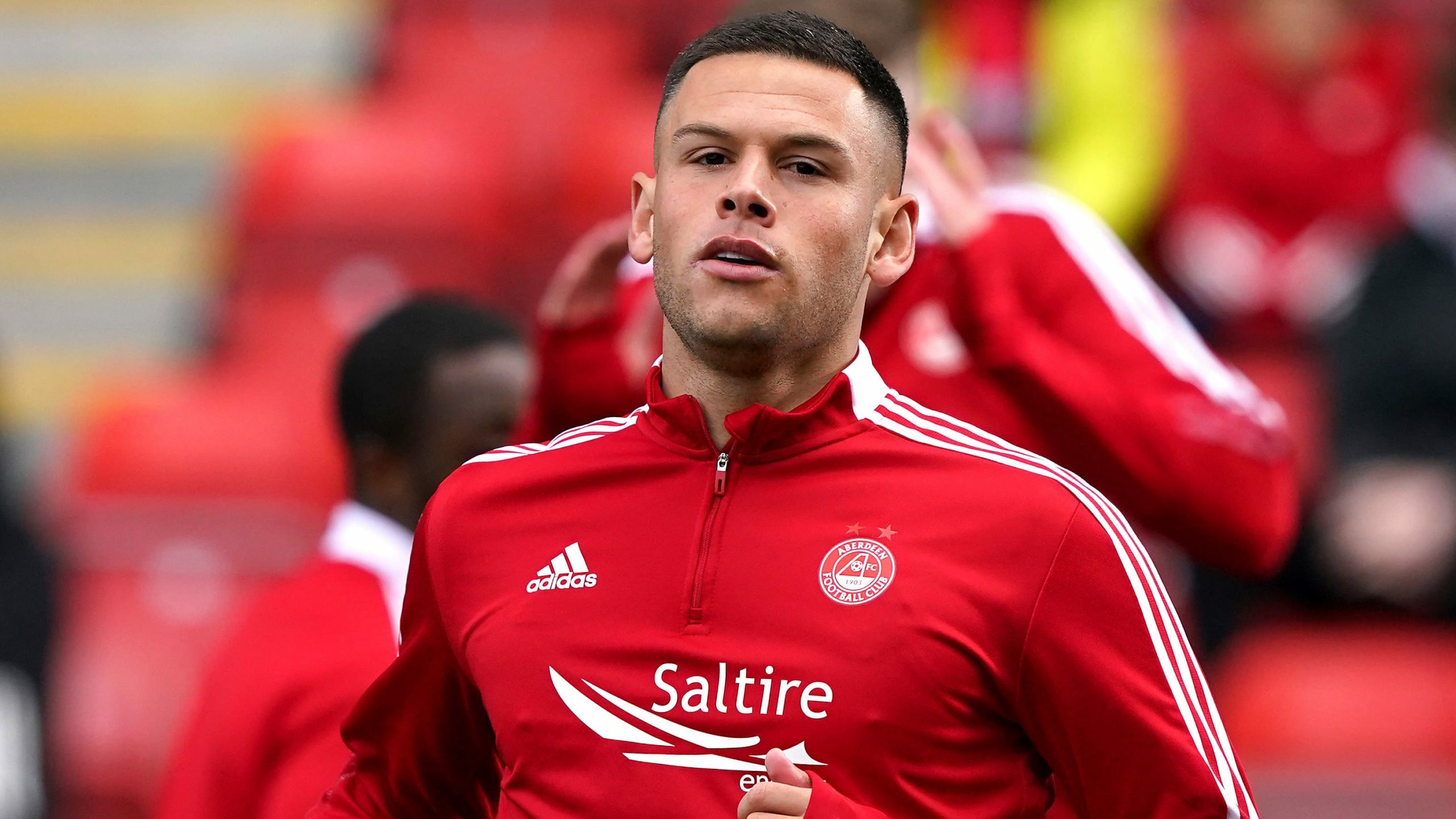 The Dons will allow the out-of-favour American to leave Pittodrie if he can find the right club, and it was reported on Thursday that the Jambos were keen.

However, Goodwin is reluctant to entertain the possibility of allowing a player to join another cinch Premiership club he expects to be vying with for a European place.

“I don’t think that’s a transfer that’s going to happen,” he said at his media briefing on Thursday afternoon. “I can’t see us loaning a player to one of our rivals.

“And as of this moment in time I’m not aware that Hearts have even made contact.”

In addition to Ramirez, Goodwin is also open to allowing David Bates and Connor McLennan to move on.

Goodwin – who ruled out a move for Burton striker Louis Moult – has an eye on two specific targets but does not anticipate any transfer deadline-day incomings to Aberdeen unless one of those players becomes available in the coming hours.

“We have made a couple of enquiries weeks ago about a couple of players who if they became available they would be the right types to bring in,” he said.

“But if those two particular players don’t become available, then there isn’t really anything else out there at the moment that either excites us or improves us.”

When quizzed about reports linking Celtic with the powerful Denmark midfielder after Wednesday’s Premier Sports Cup win over Ross County, Postecoglou said: “We have been linked with a lot of names. There’s 24 hours to go and there are some outgoings we are working on as well.

“Fans can expect some transfers and ins and outs.”

Albian Ajeti joined Sturm Graz on a season-long loan with a view to a permanent move and Mikey Johnston is set to depart on a temporary basis, with Portuguese club Vitoria Guimaraes keen.

Niko Katic left Ibrox for Zurich on Wednesday having failed to get into the manager’s plans, while the future of the likes of Kemar Roofe could also be uncertain.

Hearts are still working to replenish their squad following injuries to Liam Boyce and Kye Rowles.

After the Premier Sports Cup defeat by Kilmarnock, manager Robbie Neilson – who also dismissed talk of a move for Moult – said: “I don’t want to put a number on it but you can see that we certainly need a few to give us more because after this we go Saturday-Thursday-Sunday-Thursday for about six weeks.”

Kilmarnock manager Derek McInnes is happy with his squad after signing striker Christian Doidge on loan from Hibernian.

“That might be us,” McInnes said. “You can never say never. Whether one or two of ours go out or whatever or maybe one might come up late on, I’d still maybe like to do one more but if the window shut with what we’ve got done, getting Doidge in makes me think I can sleep a bit easier at night.”

Hibernian were also linked with a move for Moult following Doidge’s exit but it appears Swindon forward Harry McKirdy is instead heading for Easter Road, with the 25-year-old reportedly close to sealing a move north. Hibs have also been credited with an interest in 20-year-old Southampton centre-back Dynel Simeu.

Motherwell and St Johnstone, who signed Nicky Clark from Dundee United on Wednesday, are still on the hunt for players, but United, Livingston, St Mirren and Ross County are unlikely to add to their squads.