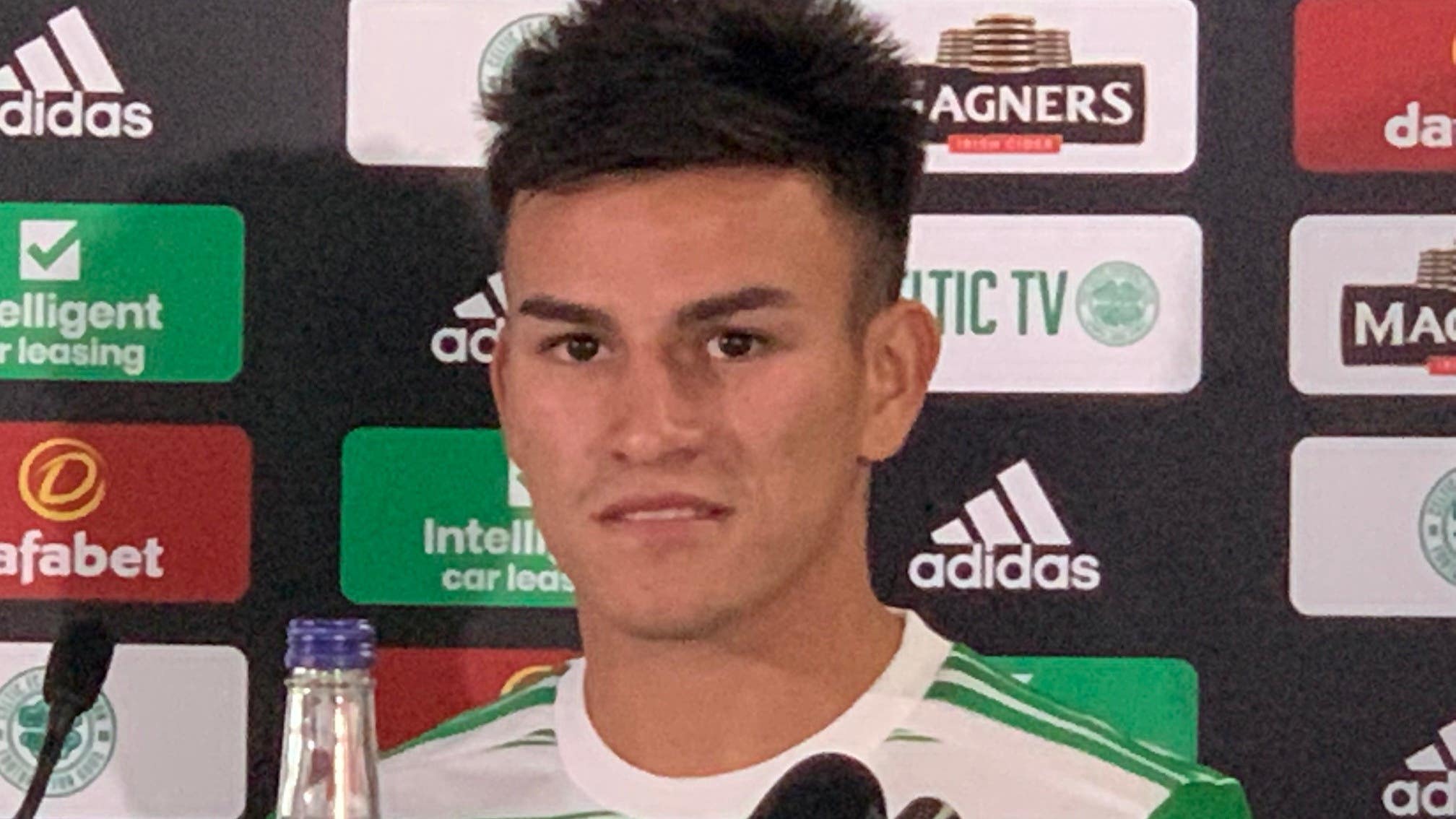 Alexandro Bernabei revealed that he wasted no time in upping sticks and flying from Argentina to Scotland to sign for Celtic.

The 21-year-old left-back moved to the Scottish champions from Lanus in his homeland’s top division on a five-year contract for a fee reported to be £3.75million.

Speaking through an interpreter at Parkhead, the Argentina Under-23 cap from Correa confirmed he had not sought any advice as a dream to play in Europe came true.

Bernabei, who will become the first player from his country to play for the Hoops, said: “The first thought I had when I heard about the interest was that I was very hopeful that it would come to fruition.

“I didn’t need to speak to anyone. It wasn’t needed for me. If the transfer was going to happen, I had already made up my mind that I was going to come regardless.

“It was a dream of mine to come and play in Europe. It’s happened that I have come to a big club, a huge club like Celtic. So I didn’t think twice. Family and friends were not an issue for me.”

Ange Postecoglou’s side go straight into the Champions League this season and although Bernabei could come up against fellow countryman and global superstar Lionel Messi if the Hoops are drawn against PSG, the new Celtic defender focused on the competition as a whole.

“The Champions League is a really huge competition,” he said.

“Whether it is PSG or another club, for me, it is just unbelievable. Coming from a small town, Correa in Argentina, it is just a dream come true.

“I think the Champions League is one of the most important competitions in the world and we are going to give it all for Celtic. From what I have seen and heard, there will be about 60,000 people in the stadium.

“I can’t wait to feel that adrenaline and to feel that atmosphere from playing in front of the fans. First of all I would like to be a champion with Celtic and I want to enjoy all the years I have at the club.”

Bernabei thanked Postecoglou for bringing him to Glasgow and told Celtic fans that they will see a player who is “aggressive, who has a lot of personality and who always gives his best for the team and will defend the Celtic jersey”.

He added: “I spoke to the manager, he made me feel very comfortable and I am very grateful to him and the club. The style of play, aggressive and very attacking, is something I like and also I do well in that style. I am going to learn a lot. It is going to make me grow a lot.”

Bernabei is the second new face to arrive at Celtic Park this summer following the signing of goalkeeper Benjamin Siegrist, while defender Cameron Carter-Vickers has joined permanently from Tottenham after a successful loan spell last season.