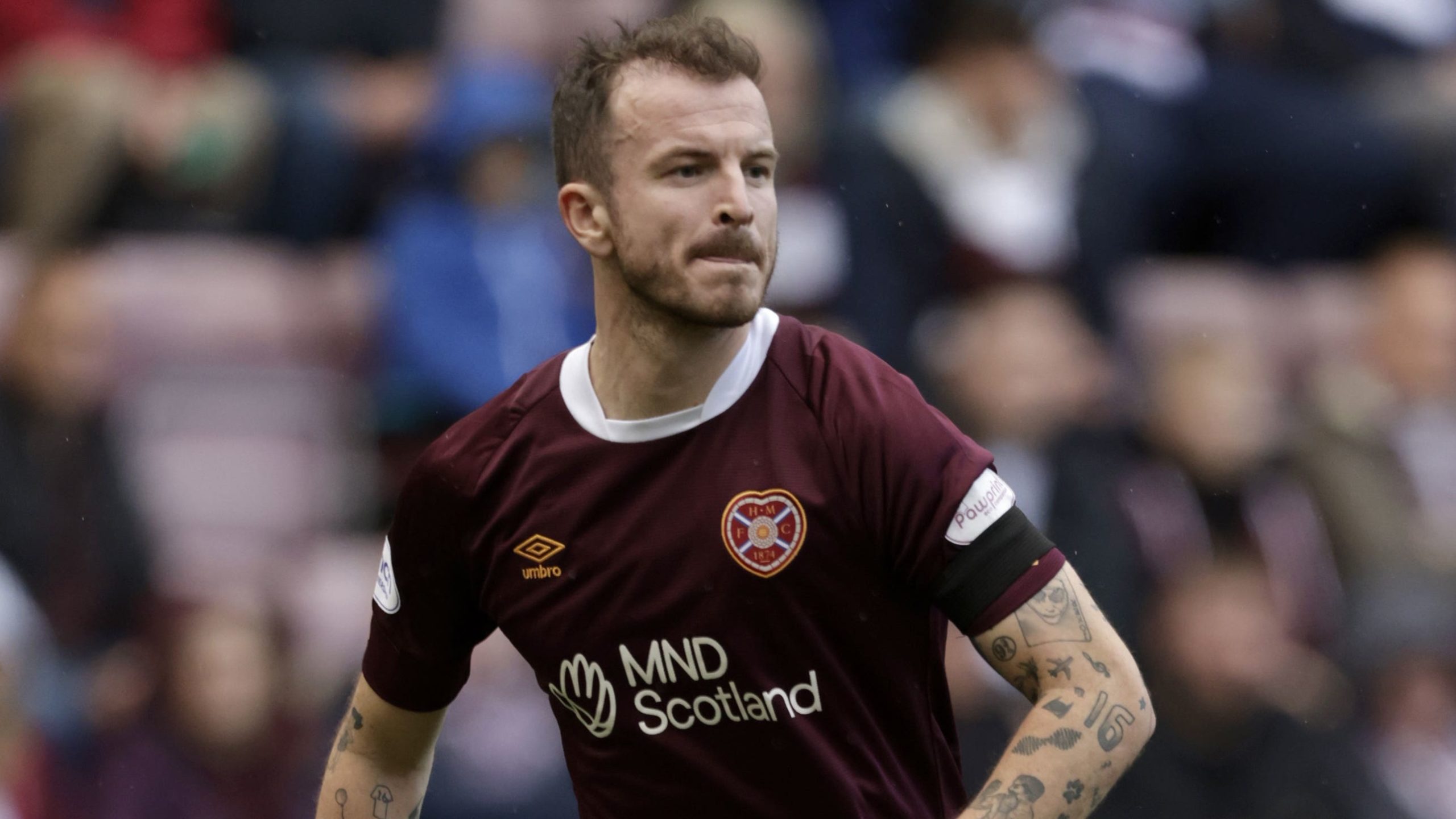 Hearts moved back into the top half of the cinch Premiership as they came from behind to end their winless run of four league matches with a 2-1 victory over Ross County in Dingwall.

Andy Halliday scored the winner in a frantic first half to add to Lawrence Shankland’s equaliser after Jordan White had given Ross County the lead.

It was Hearts’ first victory in the Premiership since beating Motherwell on September 18 and moved them up to sixth in the league.

The Staggies are now at the foot of the Premiership on goal difference after only scoring seven goals so far this season.

Ross County made one change to the team that lost at Kilmarnock the previous weekend as Yan Dhanda replaced the injured Ross Callachan.

Hearts brought in Connor Smith and Robert Snodgrass for Stephen Kingsley and Jorge Grant after their win over RFS in the Europa Conference League on Thursday night.

The Staggies started off confidently and thought they had taken the lead after five minutes when Jordy Hiwula found the net from close range.

But the assistant referee ruled he was offside and the first VAR check in Dingwall agreed with the official’s decision.

But the Staggies took the lead in the 11th minute when Dhanda’s cross from the right wing caught the Hearts defence unaware.

White then pounced from close range to fire into the net to put Ross County in front.

The lead lasted only four minutes after Shankland was allowed to charge towards the edge of the box, although he saw his first shot blocked by Staggies goalkeeper Ross Laidlaw.

But the ball came rolling back to the striker who fired home the rebound to equalise.

Hearts then took the lead five minutes later when Snodgrass’ corner found Halliday, who beat County’s defence to nod a terrific header from 12 yards out into the top-left corner.

Ross County threatened to equalise before half-time with Hearts goalkeeper Craig Gordon forced to pull off a good save from White and Jordan Tillson nodded a header wide of the left post.

The Staggies continued their search for a leveller in the second half, with Callum Johnson beating the Hearts defence on the edge of the six-yard box, but he nodded Jack Baldwin’s cross from the left wing over the bar.

But Hearts were rarely threatened in the final half-hour as they comfortably held on for all three points.