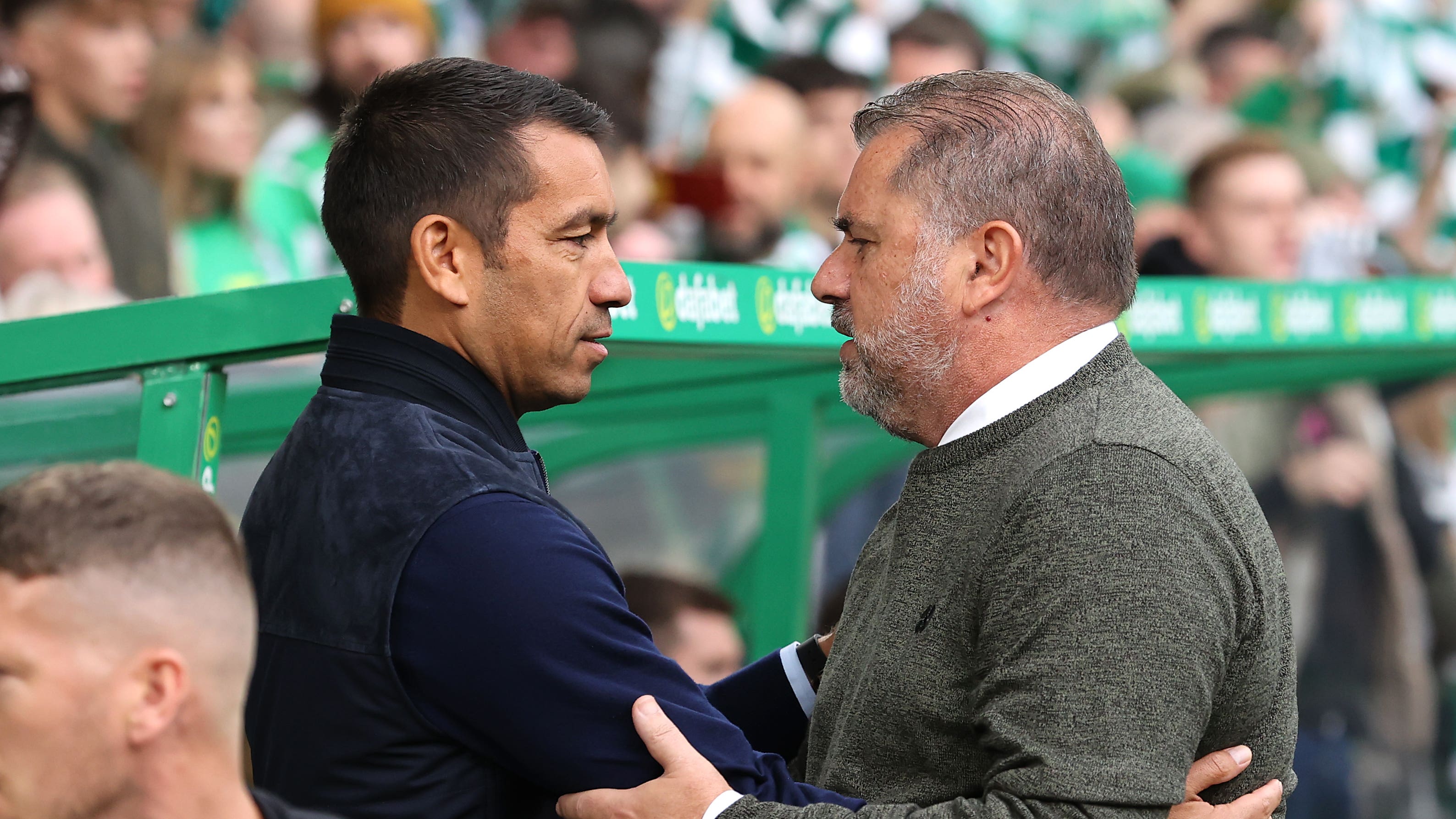 Ange Postecoglou has ‘no interest’ in recent managerial change at Rangers

By By Anthony Brown PADecember 2, 2022No Comments

Celtic boss Ange Postecoglou insists he has “no interest” in the recent managerial change at city rivals Rangers, although he did back former adversary Giovanni Van Bronckhorst to be a success wherever he ends up next.

The Ibrox club appointed Michael Beale on Monday as a replacement for the Dutchman, who was sacked a week previously with Rangers having fallen nine points adrift of the Hoops at the top of the cinch Premiership.

Asked what he made of events on the other side of Glasgow, Postecoglou was dismissive.

“On the scale of things that have been on my mind over the last two weeks, I reckon that’s registering below what I’m having for dinner tonight,” he said. “It just doesn’t really come on my radar.

“If you look at his record, he won a trophy and got to a European final. I’ve got no doubt he’ll be successful again wherever he goes. In terms of my thoughts on what other clubs do, I have zero interest. I’ve got enough on my plate.”

Postecoglou is delighted to have seen all four of Celtic’s players at the World Cup make it through the last 16: Josip Juranovic (Croatia), Aaron Mooy (Australia), Cameron Carter-Vickers (United States) and Daizen Maeda (Japan).

“The World Cup’s gone really well,” he said. “All the boys there have played significant roles.

“Having been to a World Cup myself (as Australia manager), it’s a great experience and if you do well like our boys have, you come back with more belief and more confidence in your ability to perform at the highest level.

“I think it’s going to be of great benefit to us that our players have been exposed to that level of football and have done well.”

New centre-back Yuki Kobayashi, 22, has checked in at Celtic Park after the club announced his impending arrival from Vissel Kobe last week, and Postecoglou is looking forward to seeing him grow into the team once he becomes eligible for action from January onwards.

“It’s good to get Yuki in,” said the manager. “He’s one we had been working on for a while.

“He’s a left-sided centre-back and having someone who’s left-footed to play there, they’re not easy to find. He’s already got a fair bit of experience even though he’s 22.

“I just thought it was a great opportunity for us because he was out of contract so we could bring him in now and let him get settled.

“He’s one we’d be looking at to make more of an impact as the season goes on, not somebody we’ll throw in straight away but that will depend on his progress. I think he’ll be great for us.”

“We want to be active,” he added. “We’re constantly looking at opportunities.

“We’ve still got a month to go before January plus January itself but we’ll be active for sure and when we see the right opportunity, we’ll move on it.”