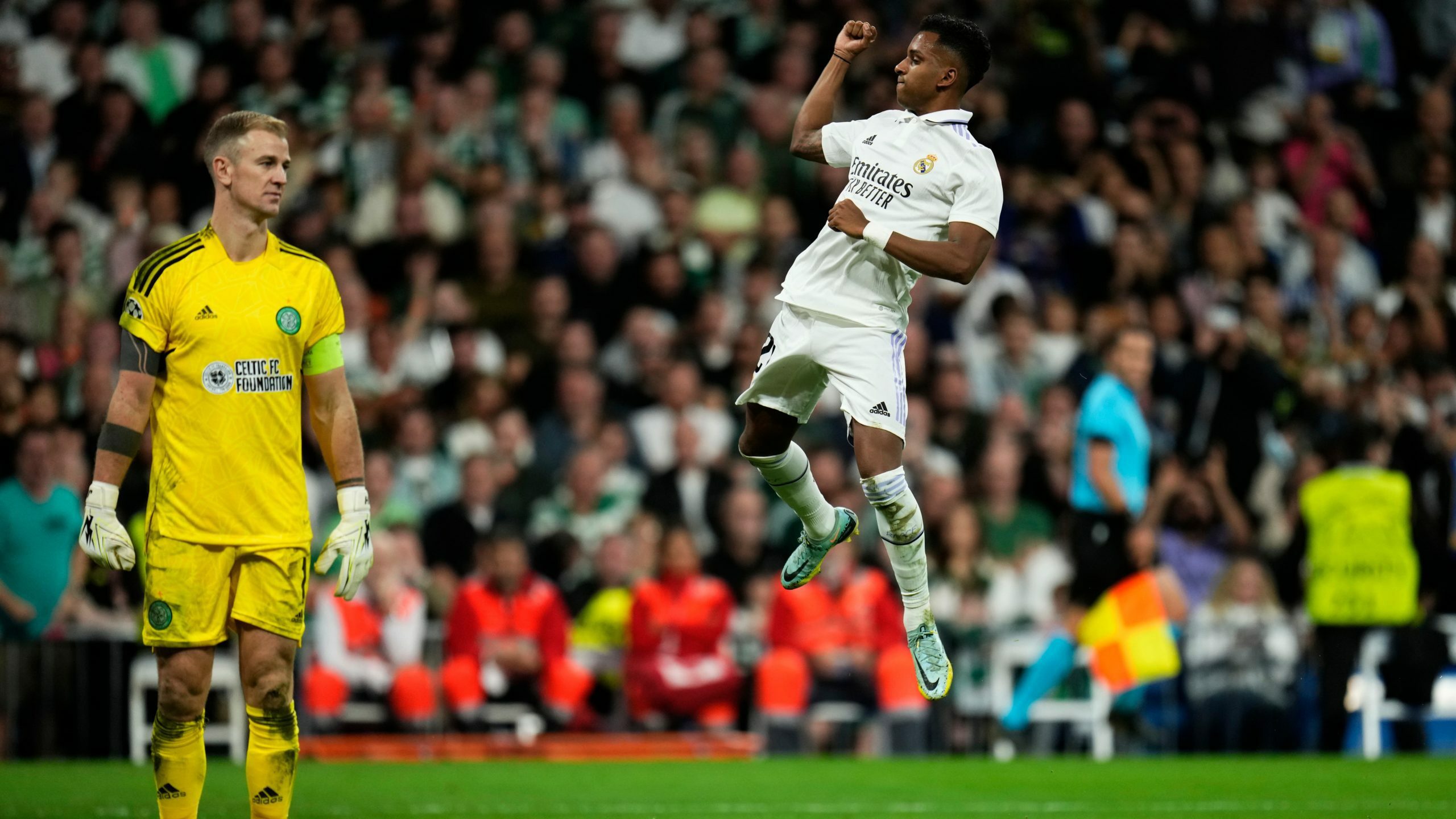 Ange Postecoglou was unshakeable in his belief that Celtic will eventually benefit from his all-out attacking approach after a 5-1 defeat by Real Madrid rounded off the club’s worst Champions League group stage.

Celtic ended their European campaign with two points and a goal difference of minus 11 after Jota scored just their fourth Group F goal when he curled home a free-kick late on in the Bernabeu.

Postecoglou came under some criticism from pundits such as Richard Dunne. The former Republic of Ireland defender claimed that Celtic, in order to progress, would have to soak up more pressure and stop matches turning into “basketball games” with their end-to-end approach.

However, Postecoglou is convinced that Celtic will ultimately benefit from playing that way should they return to Europe’s elite competition next season.

Celtic had 82 attempts at goal over their six matches, more than the likes of Paris St Germain, Juventus, Tottenham and both Milan clubs.

Postecoglou said: “It’s fair to say that the responsibility lies with me because we have taken a bold approach to try to make an impact.

“We have paid the price for not having the quality and clinical finishing at one end and the opposition taking advantage at the other.

“But the key for us, if we continue to play like this and continue to improve and we continually get to Champions League level, then I have no doubt that we will make an impact.”

Postecoglou cautioned that it would be unrealistic to expect linear improvement each year and that things would have to go Celtic’s way, pointing out they were without skipper Callum McGregor and Jota for several games and were missing key defender Cameron Carter-Vickers in Spain.

But he added: “Our first job is to qualify but if we are in it next year then I have no doubt we will make more of an impact.

“That doesn’t mean it’s going to be a massive leap – but I don’t think it needs to be. Bridging that gap isn’t immense but it’s the most difficult bit to get because you’re talking about scoring goals at this level, it’s not the easiest thing to do.”

Postecoglou was disappointed for his players and the fans but not frustrated about the campaign, given they had embraced his approach.

“I’m just disappointed for the players and our fans because the players could have got more rewards, which feeds more belief,” he said.

“Because, if you’re consistently missing chances, where do you gain that belief? You have got to break it somehow. I’m just disappointed we never got that.

“The away game against Shakhtar was a classic example, we had some great chances. If we win that game, score goals, you build belief.

“I think if you play like that every year, you gain more belief, you gain more trust in what we are doing, the players feel more like they belong at this level.

“We need to be a team that scores goals and be threatening against every opposition.

“I have no doubt that if we replicate those sort of numbers next year we will score more goals. And goals change games – if we score (the penalty) at 2-0 it puts a little more pressure on them and gives us more belief.

“In every game we have had those moments where you get that goal, a second… We just haven’t had that. But I believe if we consistently do that at this level we will get there.”

Real’s finishing was in stark contrast to Celtic’s. The hosts scored two penalties before Josip Juranovic missed one for the visitors, who had 14 efforts at goal.

Postecoglou said: “For our guys it’s a new experience, everything feels a little bit faster, it feels like you need to hit it that little bit harder to beat a world-class goalkeeper.

“But eventually, I believe, if you keep putting yourself in that position you will find that the game doesn’t change, you can still finish at that level.”