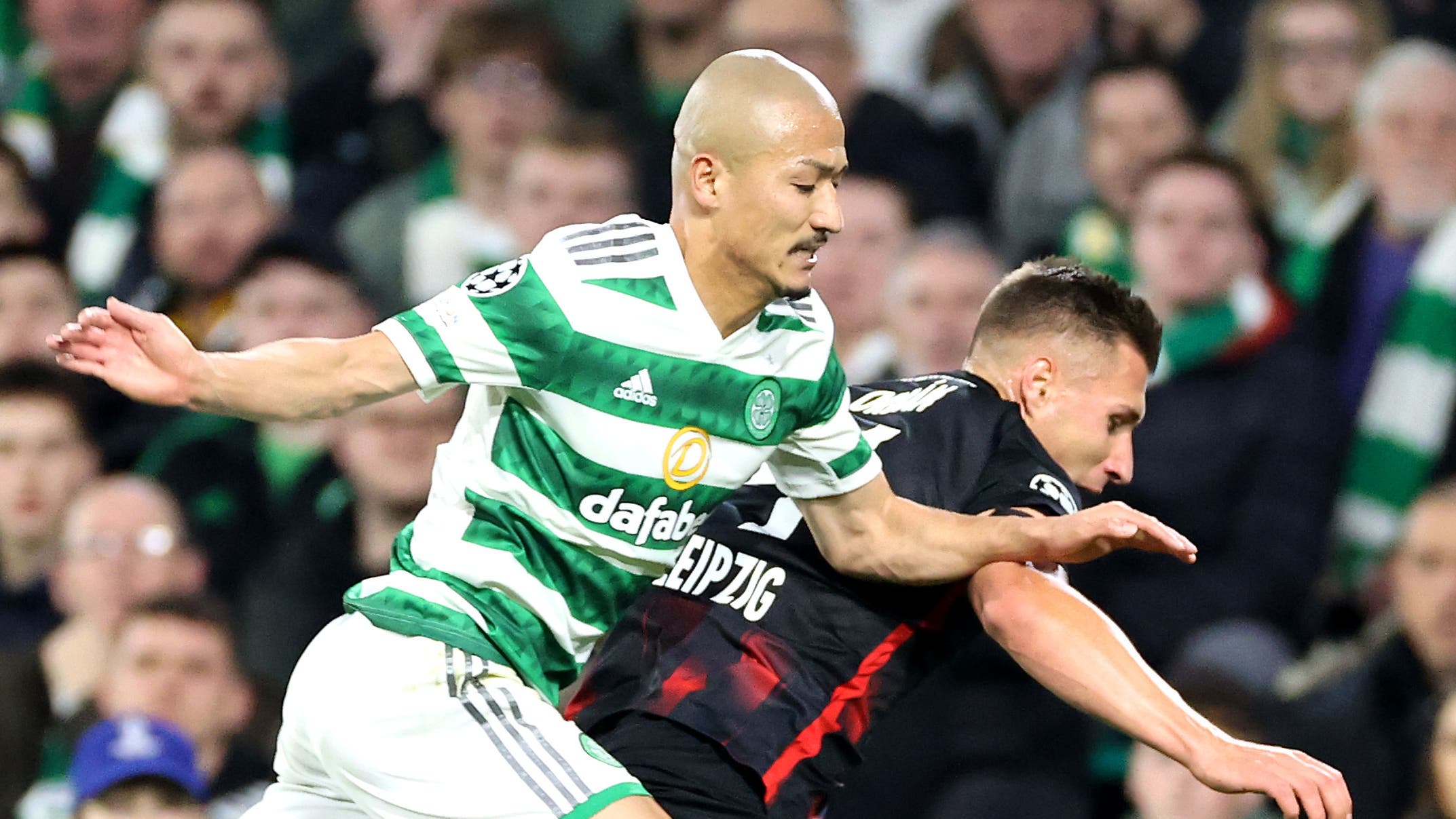 By By Gavin McCafferty PAOctober 12, 2022No Comments

Celtic manager Ange Postecoglou admitted “perseverance” was key as he assessed both his side’s struggle to turn performances into Champions League points and Daizen Maeda’s troubles in front of goal.

Maeda missed two good chances on Tuesday night as Celtic suffered a 2-0 home defeat by RB Leipzig which ended their hopes of reaching the knockout stages with two matches remaining.

The Japan attacker has also squandered good opportunities against Real Madrid and Shakhtar Donetsk and has only scored one goal in 17 appearances in all competitions this season.

Postecoglou pointed out that the 24-year-old was a work in progress and that he would continue helping him with his development.

“It’s just perseverance,” he said. “I know people look at the end product – and he was a bit unlucky on a couple of occasions, but he puts in an enormous work-rate.

“We felt from last week, down their right-hand side, they could be a threat going forward and I thought his defensive work was outstanding. And that helps us as a team.

“But he has got to learn the other side of the game at this level is really important in terms of finishing the end product.

“He keeps getting into those positions, every game he does, but goals are eluding him.

“But we can’t scrap him just because he is not the finished product yet. We have just got to persevere.

“All our players, apart from Joe (Hart), if you look at them age-wise and experience-wise, this is a massive jump for all of them.

“I am being really ambitious with the way I want to play our football and that’s going to be testing for them.

“But I am not discouraged by the way we are going. If anything, I am encouraged that we need to keep going down this route.”

Maeda is far from the only culprit in front of goal in Europe and Celtic again suffered bad luck when both Matt O’Riley and Greg Taylor hit the frame of the goal against the German side.

Celtic have taken one point and scored two goals in four Group F matches and would need to beat Shakhtar and then get at least a draw against Real Madrid in Spain to have any hope of reaching the Europa League.

Postecoglou admits there is no guarantee they will start converting their chances.

“That’s the unknown but I think the worst thing you can do is shy away from what we have been doing because we haven’t had success immediately,” he said.

“My theory on this stuff is that you have got to keep persevering and heading down this road.

“If we were getting outplayed and not creating chances then that’s a different mindset we need. But I think we are very close to becoming a really good team at this level.

“The worst thing you can do is be real close and all of a sudden shy away from it because the results aren’t there and the scrutiny or whatever, and miss the opportunity to be a really good football team.

“That’s why we are doing what we are doing. We are never going to be able to become one of these bigger clubs but we can chip away at it. That’s my theory, every time you go out there you get a little bit closer.

“I feel we are doing that. The results aren’t showing it but the way I look at football – and what we are trying to do as a club – I think we are on the right road.”