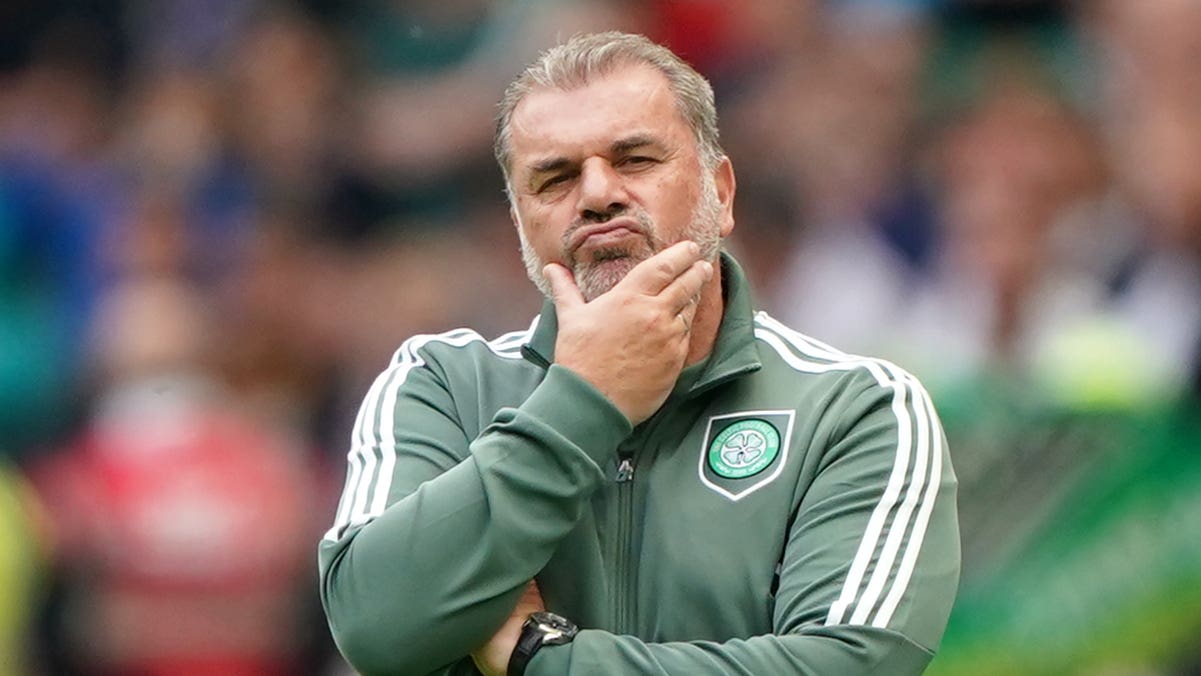 Ange Postecoglou revealed he will add two more players to his Celtic squad next week following the 2-2 friendly draw with Blackburn at Parkhead.

Jota levelled in the 16th minute when he fired the ball in off the post and a deflected David Turnbull free-kick after 27 minutes gave the Hoops the interval lead.

However, in the 75th minute of a second half laced with substitutions, Ben Brereton Diaz levelled for Rovers with a cute free-kick from 25 yards.

As he gears up for the start of the cinch Premiership at the end of the month, Postecoglou will bolster his squad.

He said: “We’re definitely going to add a couple of players.

“We’re working on that at the moment but would expect to do that in the next seven days.

“We have had to be patient just to get the ones that we want and that was much more important than rushing people in.

“I’m pretty confident we’re close to the end point in bringing in a couple which will help.

“The squad is looking really good and strong but on days like today we had two or three missing and we want to make sure we don’t lose our effectiveness when a couple are missing.”

Jota was named man-of-the-match in what was a competitive 90 minutes.

The Portuguese winger was signed from Benfica for a reported fee of around £6million after a successful loan spell last season, while defender Cameron Carter-Vickers also signed a permanent contract after a loan spell from Tottenham.

Speaking about Jota’s possible impact next season, Postecoglou said: “I know people said we re-signed two players but we signed two better players than we had last year in Jota and Carter-Vickers.

“That’s why we brought them in, because I think there is a lot more in both of them.

“There’s no reason why he (Jota) can’t go further.

“You got the sense he felt really good at this football club within this group and that was his first real year at making an impact.

“Our job is to make sure we take him to the next level and give him that chance. He’s focused and an ambitious guy and I’m sure he’ll do that.

“There’s no ceiling to his potential.”

Postecoglou revealed defender Anthony Ralston sustained a cut on his foot which required a couple of stitches while Greek striker Giorgos Giakoumakis was absent as he is about to become a father.

Rovers boss Jon Dahl Tomasson was pleased with the workout against a team that will be playing Champions League football next season.

He said: “It was a great test, in a great stadium, with a lot of people. I think the people in the stadium enjoyed the game.

“A lot of chances were created by both teams.

“We played against a very-well coached team with a very young side so it is important for us to learn as well and I think we learned a lot from this game.

“It was a friendly but there was a couple of tackles flying around but you need that. Football is about passion so I was satisfied with the performance.”