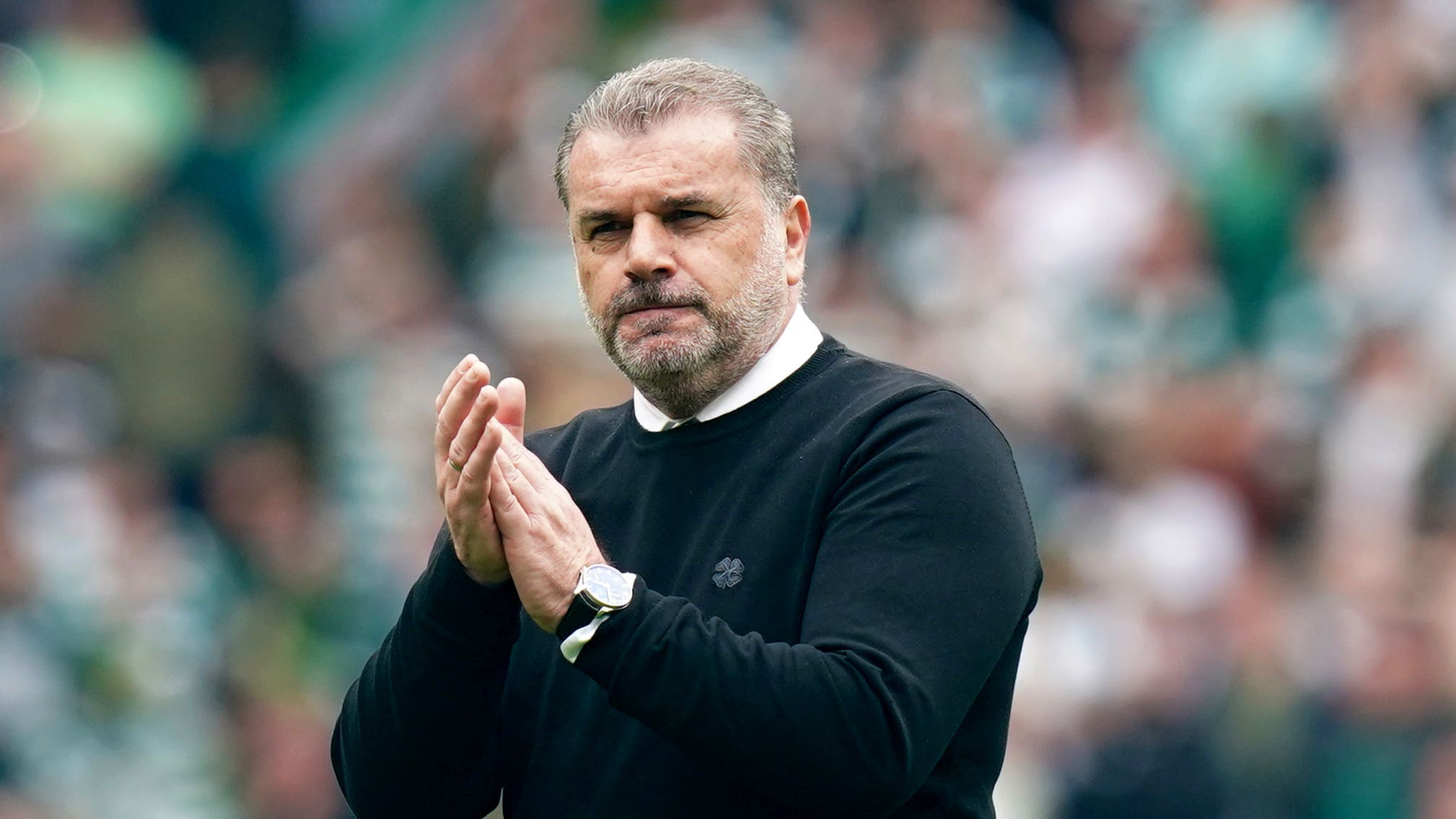 Celtic manager Ange Postecoglou has urged his players to finish the season in style as they approach the finishing line in the race for the championship.

The cinch Premiership leaders are four points away from clinching the title after Sunday’s 1-1 draw with Rangers.

But they have a 19-goal advantage as well as a six-point lead over Rangers and victory over Hearts on Saturday would put the title beyond the realistic reach of their city rivals.

If Rangers then beat Dundee United on Sunday then Celtic would have the chance to officially seal the title at Tannadice on Wednesday and then enjoy a trophy celebration at home to Motherwell on May 14.

Postecoglou’s side have scored 81 league goals so far and he wants them to continue their free-scoring form in the final three matches of the season.

“Obviously after last weekend’s game, I think for everyone there was quite a bit of emotion and physical exertion on the day so we gave the boys a couple of days off to recover and refresh them a little bit,” he told Celtic TV.

“We are back in training and looking forward to it. It’s been a challenging year but we are in the final straight now. We know as a group we have 10 days together and we want to make the most of it.

“It’s kind of a tricky one because you don’t want to fall over the line and just get it over and done with. It’s important you actually enjoy this bit.

“The challenge is still in front of us, we haven’t accomplished what we want to, so enjoy this bit, be up for it, don’t want it just to come to you.

“We have been pretty strong on the players and everyone just to embrace the challenge of wanting to win it our way, play our football and finishing strong rather just hoping it will finish so we can get it over and done with.

“We want to finish strong and make sure we play our best football at the most important part of the year and we are going to have to be good on Saturday to do that.”

It was confirmed this week that Scotland’s title winners would go straight into the Champions League group stage.

“I was well aware at the beginning of the year that that was the likelihood so we knew it was an important title to win because of all the benefits of guaranteed Champions League football,” Postecoglou said.

“Of course that’s a massive incentive but first of all it’s to bring some joy and success to our supporters, particularly after last year when we didn’t have any success.

“If we win the league, you know their summer is going to look a hell of a lot different than it did last summer.”

Meanwhile, Celtic have announced plans for a 10-day pre-season training camp in Austria in early July followed by Parkhead friendlies against Blackburn (July 16) and Norwich (July 23).