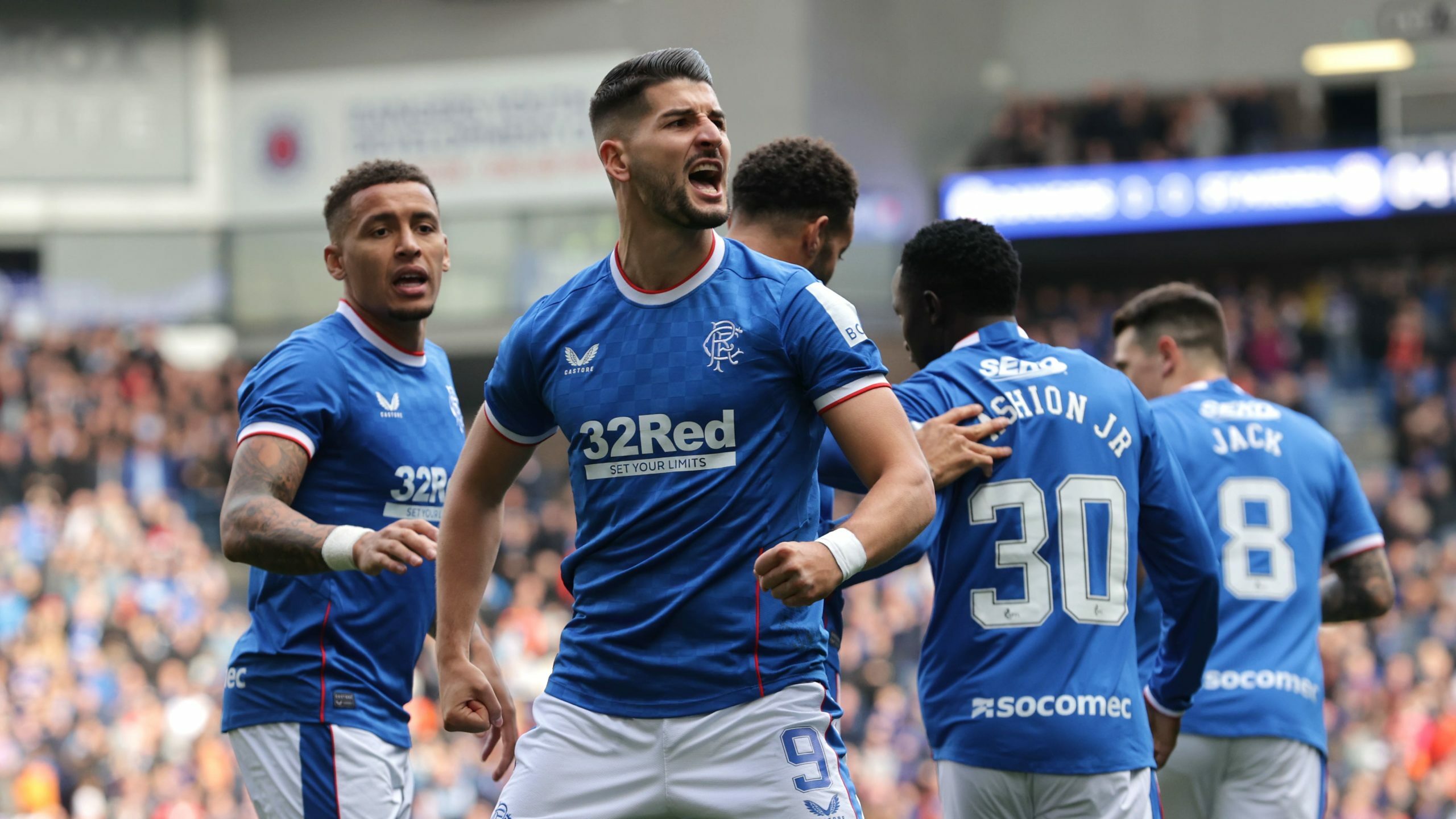 Antonio Colak at the double as Rangers cruise past St Mirren

By By Ronnie Esplin PAOctober 8, 2022No Comments

The Croatia striker was dropped to the bench for the Champions League defeat by Liverpool at Anfield on Tuesday night after notching twice in each of his previous two league games.

Reinstated at the expense of Alfredo Morelos, Colak pounced in the fourth minute before skipper James Tavernier doubled that advantage with a penalty on the half-hour mark.

Colak confidently fired in a third in the 73rd minute to take his tally to 13 in the last 14 appearances and Fashion Sakala added a fourth in added time.

Giovanni van Bronckhorst’s side moved back to within two points of Celtic at the top of the table ahead of the second part of their Euro double-header against the English giants on Wednesday.

It had been a tough night on Merseyside for van Bronckhorst’s side and he made five changes with midfielders Ryan Jack and Scott Arfield and attackers Colak, Sakala and Rabbi Matondo back in the side.

Forwards Curtis Main and Alex Greive came back into the Saints team, replacing Greg Kiltie, who started among the substitutes, and the suspended Jonah Ayunga.

The game was still to settle when the Light Blues took the lead.

Colak won possession and the ball fell to left-back Borna Barisic whose arrowed drive beat Buddies keeper Trevor Carson only to rebound off the post but the 29-year-old striker was quick to react and knocked the ball into the net.

It was an ominous start for the visitors but in the ninth minute Gers keeper Allan McGregor, who was magnificent against Liverpool, had to stretch to claw away an effort from Greive.

Rangers reasserted and Carson saved long-range drives from Jack and Tavernier, twice, but they eventually stretched their lead on the half-hour mark.

Colak went to ground when challenged by St Mirren defender Declan Gallagher as he tried to get to a Tavernier cross at the near post.

Referee Nick Walsh pointed to the spot and Tavernier despatched his penalty past the diving Carson.

There remained some confidence about St Mirren going forward and they carved another chance soon afterwards but a far-too-tame Marcus Fraser header from a Scott Tanser cross was easily gathered by McGregor.

Rangers began the second half on the front foot without really threatening Carson too much until the 57th minute when Matondo crashed a shot from the edge of the box off the post.

The game continued to be played mostly in the visitors’ half but in the 69th minute Buddies midfielder Mark O’Hara was left with only McGregor to beat from a Keanu Baccus cross but the veteran keeper blocked the shot.

Four minutes later Sakala sent Colak racing through and he turned inside Gallagher before sending a shot with the outside of his right foot past Carson and into the far corner of the net and he soon made way for Morelos, taking the acclaim of the crowd.

Main drove a shot against the crossbar in the 85th minute before McGregor saved a shot from Baccus but Sakala finished from 12 yards in added time following a touch from Morelos.

In the end it was a comfortable win for Rangers but they turn again to the richer fare of the Champions League on Wednesday where they will face an altogether different and far tougher test.