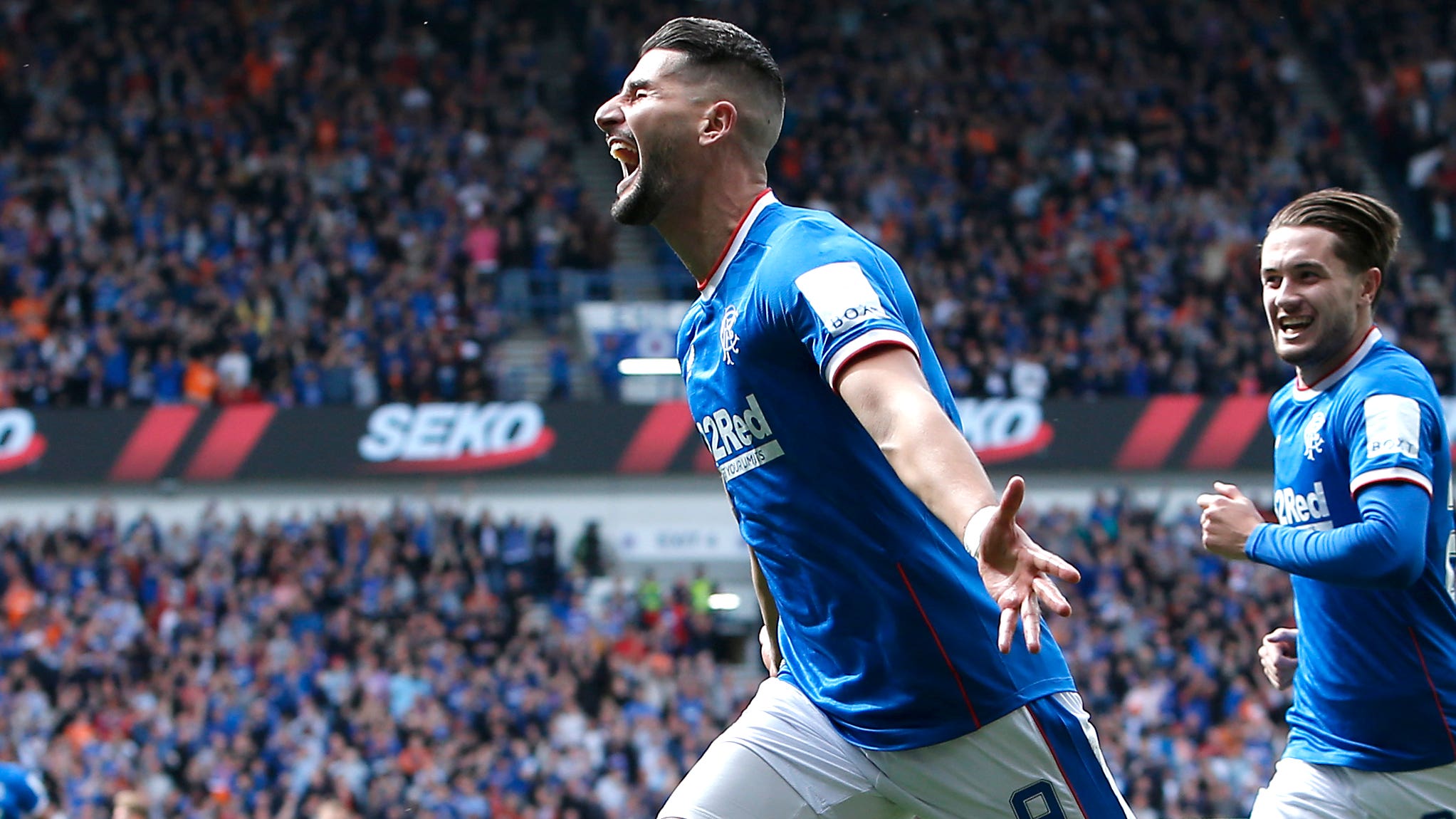 Antonio Colak: We are really confident in turning around Champions League tie

By By PA Sport StaffAugust 7, 2022No Comments

Antonio Colak is confident Rangers can rescue their Champions League dream after he scored his first Rangers goal against Kilmarnock on Saturday.

Giovanni van Bronckhorst’s men trail 2-0 heading into the second leg of their Champions League third qualifying round tie against Union Saint-Gilloise on Tuesday.

Rangers have never recovered from a 2-0 first-leg defeat away from home in Europe to reach the next round but Colak told RangersTV Gers fans can help with what would be a landmark victory.

The 28-year-old Croatia international, who scored a double for Malmo at Ibrox last season to knock Rangers out of the Champions League qualifiers, said: “European nights at Ibrox are always special.

“We are really confident that we are going to turn it around on Tuesday.

“We will go with 100 per cent in front of our fans and we know we can change this result.

“We have big belief and we will prepare as well as we can and try to qualify for the next round because this is our target.”

Kilmarnock kept Rangers at bay in the first half at Ibrox on Saturday but Colak, signed from Greek side PAOK, lifted the home fans’ spirits in the 51st minute when he linked up with Tom Lawrence before firing low past Sam Walker.

Colombia striker Alfredo Morelos, fit again after being out since March due to a thigh injury, was brought on just after the hour mark to replace Colak and with two minutes remaining he netted the second from close range.

The visitors put up a sturdy display albeit without troubling goalkeeper Jon McLaughlin too much.

After drawing 1-1 in their league opener against Dundee United last week, Kilmarnock boss Derek McInnes refused to be too hard on his newly-promoted side.

The former Gers midfielder declared that Killie’s season would not be defined by games against Rangers and said: “I’m encouraged by the squad, we’re not there yet and would like to do a bit more business before the end of the window but the scrutiny and focus does come early in a game of this calibre against a top side.

“I’m not going to be too down about the game. I’m disappointed not to take anything for our efforts but it is what it is.”