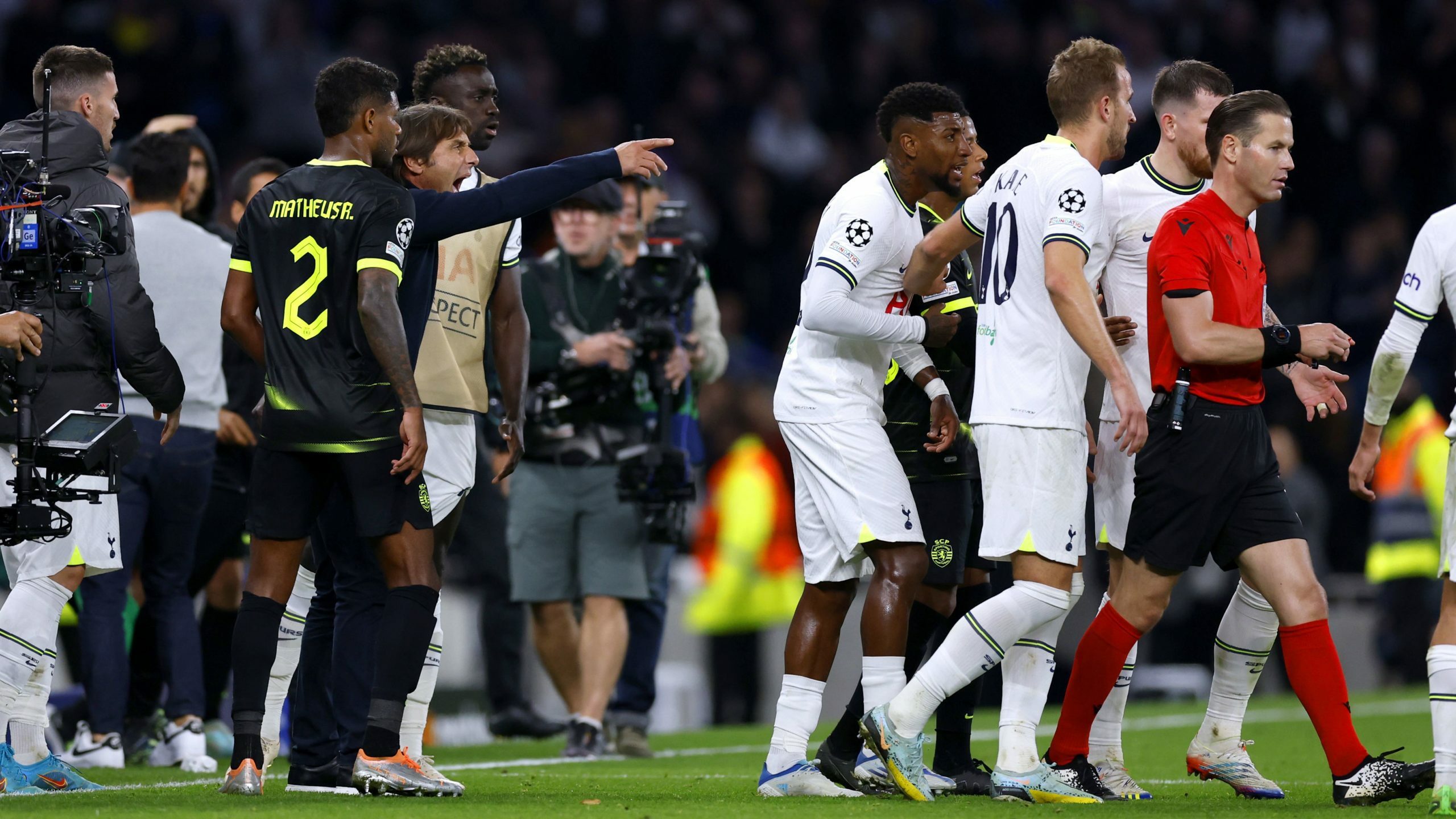 Antonio Conte’s frustration is set to increase with the Tottenham manager expected to be banned for next week’s crucial Champions League match at Marseille.

The Italian was sent off by referee Danny Makkelie in the closing stages of Wednesday’s 1-1 draw at home to Sporting Lisbon for his remonstrations at the decision to disallow Harry Kane’s stoppage-time strike.

A red card shown to an official in a UEFA competition carries an automatic one-match suspension, but Conte will not just be merely missing from the touchline in Marseille, where Spurs need a draw to qualify for the last 16.

He will not be permitted from making contact with his players before or during the fixture at Stade Velodrome and will have to sit in the stand.

Article 69 of UEFA’s disciplinary regulations states: “A team manager/coach or other team official who is sent off or suspended from carrying out his function may not be in the technical area or communicate direction with the team’s players.

“In addition, a team manager/coach or any other team official who is suspended from carrying out his function may not enter the dressing room or tunnel before or during the match.”

Further punishment could also come Conte’s way once referee Makkelie has handed in his match report of the Group D fixture.

Kane’s goal being ruled out resulted in the clash between Tottenham and Sporting finished as a 1-1 draw, which means each club in the group can still qualify for the knock-out stage.

Conte was still seething when he spoke afterwards and UEFA may also investigate his post-match comments.

During his short press conference, the 53-year-old accused VAR of being dishonest, creating “big damage” and insisted it would not have disallowed Kane’s goal had it been for a “top team, in an important game” before he walked out after one question.