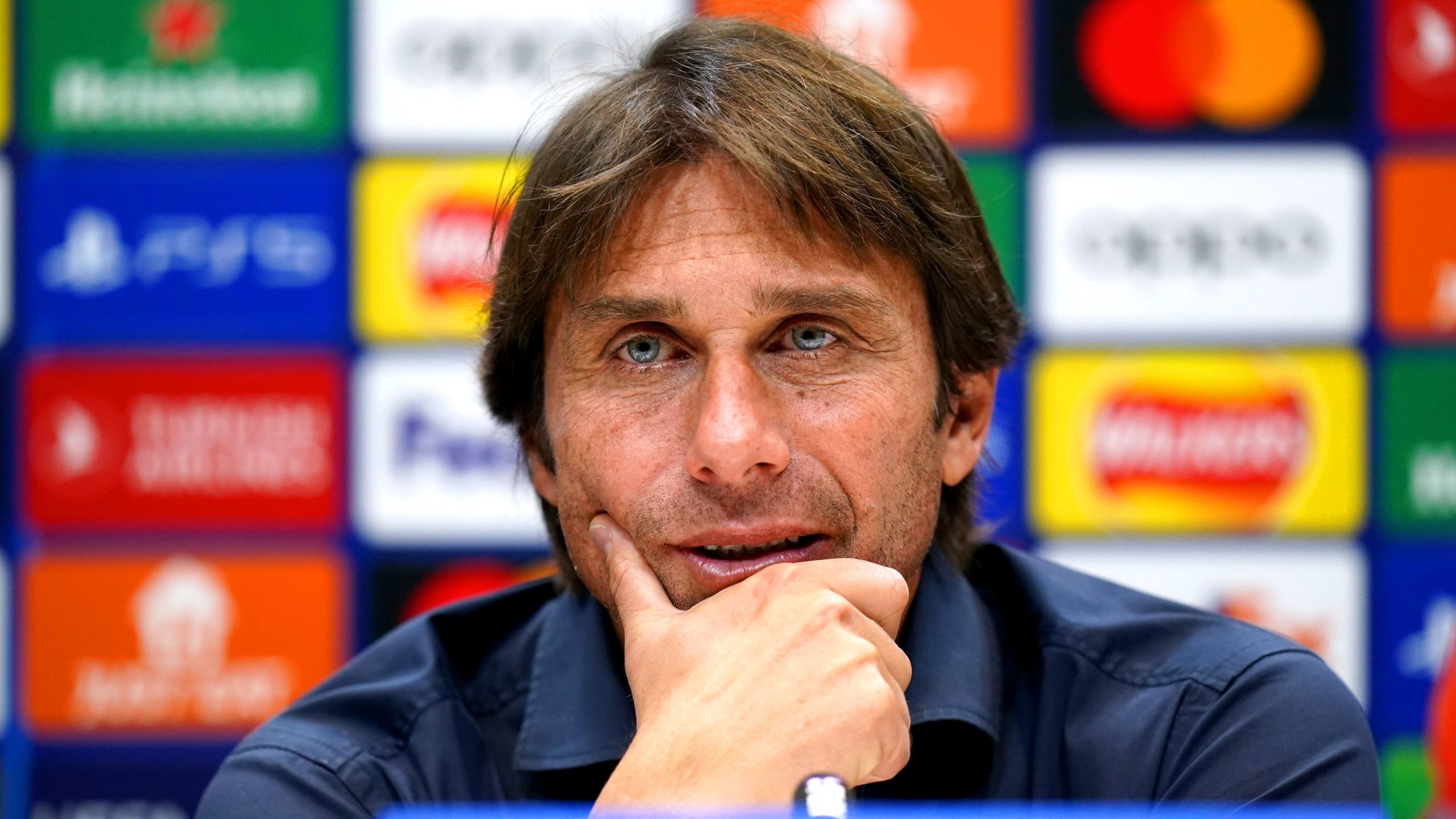 Antonio Conte has insisted his focus at Tottenham is on the present after he refused to be drawn on plans for the January transfer market.

Spurs host Sporting Lisbon in the Champions League on Wednesday knowing victory in the Group D fixture would send them through to the last-16 stage.

Tottenham enter the match following back-to-back defeats and with injuries piling up, which saw the Italian quizzed about whether a busy winter transfer market could be key to a strong second half of the campaign.

Conte said: “I think the club understand very well the importance of bringing in important players, good players, in January. I’m not the person who has to explain this to my club.

“If you ask me in January what happens when we have to play many other games, we will have to try to do our best.

“I repeat we have to take this big achievement of going to the next round tomorrow and take this opportunity to do it.

Conte has spoken in recent weeks about the process Tottenham are on to become a genuine contender in the Premier League and Champions League.

It was put to the 53-year-old that Spurs have an opportunity this season with Chelsea and Manchester United under new management and seemingly in transition.

But Conte refuted that notion and turned down the chance to speak about his own long-term plans.

“We have to focus on the present and try to do our best,” he added.

“This season will be more difficult than last season because after the transfer market you have seen many, many teams have spent a lot.

“You have to face a lot of big teams. For sure there will be the time to speak with the club. To understand what is the best solution for us.

“This is not the right moment to answer. Since November now and after one year I understood a lot of things. The first moment for me was really difficult to understand.

“Now I am going into the Tottenham world. I understand very well what our situation is, what is our position, what is our starting point, how long is our path to be competitive and to fight for something important. Now for sure my knowledge about Tottenham is more complete.

“For this reason I will be prepared for the moment when we speak with the club and understand what is best for the future. For now we need to focus on the present because we want to do our best in the present.

“My desire, my will and of the players is to do our best and give satisfaction to the fans. That is the best aspiration of everybody. For the other situations we will see the right moment.”

The duo have joined Dejan Kulusevski (hamstring) and Richarlison (calf) on the treatment table but do have a chance of featuring in the key European clash.

Conte revealed: “Richarlison and Kulusevski are out, recovering but still not available.

“Romero and Hojbjerg tomorrow morning we will see. If there is a possibility for them to recover we will try everything because its an important game for us.

“But we have many games to play until November. We will see tomorrow morning and make a decision.”