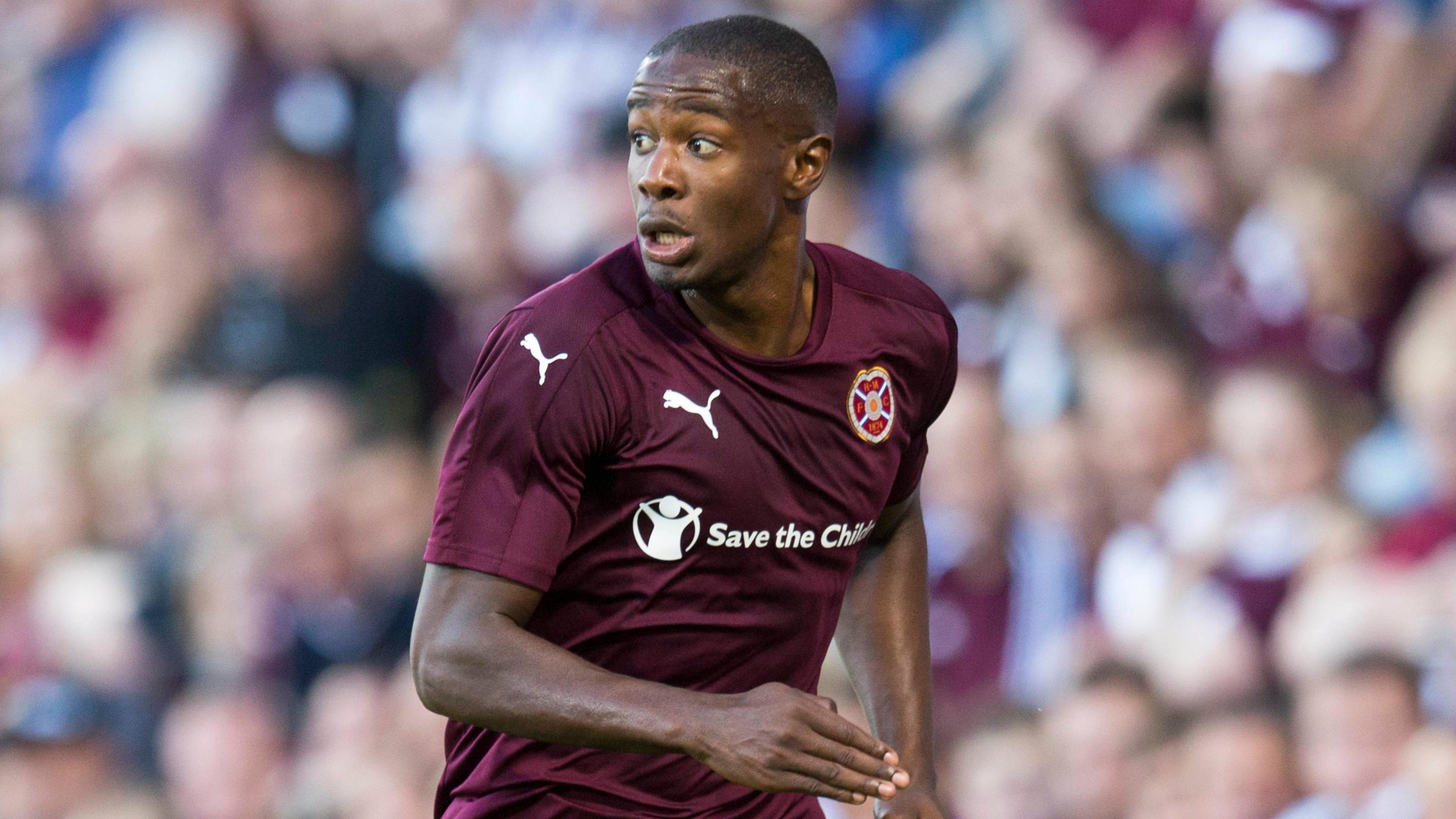 Arnaud Djoum admitted he was thrilled to join Dundee United because his previous stint in Scottish football was the best of his career.

The 33-year-old Cameroon international enjoyed four fruitful years as a key man at Hearts between 2015 and 2019 before moving to Saudi Arabia.

In his time at Tynecastle, Djoum played with current Dundee United players Liam Smith and Tony Watt, while he also got to know the current Tannadice management team of Liam Fox and Stevie Crawford, who were coaches with the Jambos.

The midfielder is delighted to have been given the chance to sign a two-year deal with United after impressing in a recent trial.

“I had great times at Hearts, that was the best period of my career, so when the chance came to come back to Scotland I was really happy,” he said, speaking ahead of Tuesday’s Premier Sports Cup quarter-final away to Kilmarnock.

“Scottish football suits me really well so I didn’t have to think too hard about it.

“I was a free agent because I terminated my contract at Apollon Limassol. United wanted to see how I was physically so I came here and showed them I was ready.

“I am someone who likes to take care of my body and is always fit. I think after a few days they knew I was in good condition. I feel good physically.”

Djoum has had a mixed three years away from Scottish football, with two years at Saudi Arabian side Al-Raed followed by a campaign in Cyprus with Apollon.

“Saudi was good,” he said. “I played all the games and it was a different experience for me. My time there was good but after two years I wanted to come back to Europe for my family.

“That’s why I chose to go to Apollon Limassol but it was not so great because I had a few injuries and it was a more difficult season than I was expecting. I’ve not had a lot of injuries in my career but at Apollon I had a few. I am feeling great now though.”

Djoum was an attack-minded midfielder in his time at Tynecastle, but is prepared for a more defensive role at the heart of United’s favoured 3-4-3 system.

United have picked up seven points from three games since Fox was appointed permanent manager.

Djoum, who made his debut as a substitute in Saturday’s draw at Ross County, is confident the 38-year-old can prove an accomplished boss over the long term.

“I got to know the manager well,” he said. “I spent all my time at Hearts with him and we had a great relationship so I’m happy to work with him again.

“It’s a good fit and hopefully we can achieve good things together. He was a good coach and now he has been given a chance (at United), so I hope he will go on to be a great manager here.”

United are at full strength for Tuesday’s trip to Rugby Park.