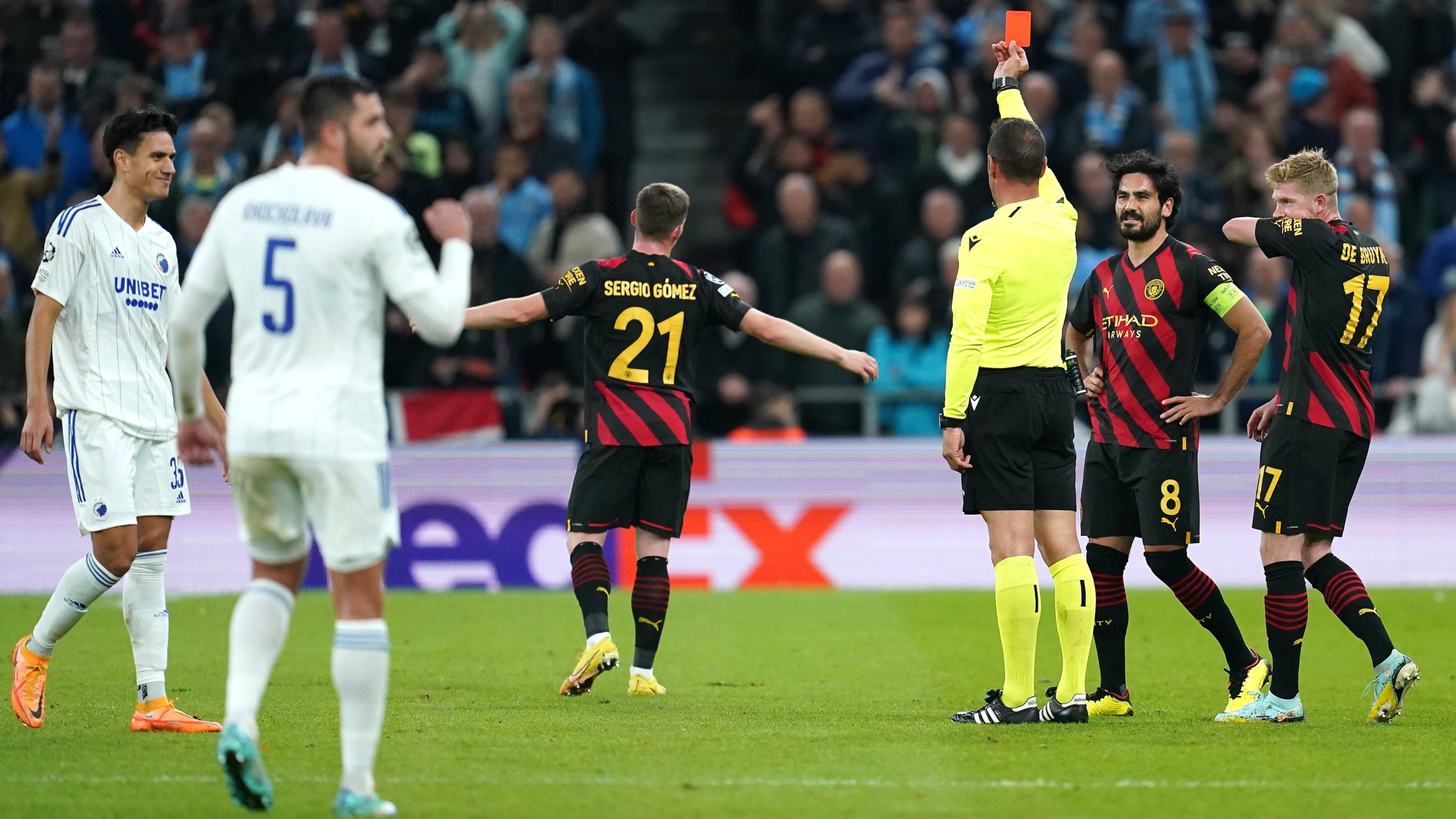 Aymeric Laporte felt Manchester City should be proud for showing another side to their game after the free-scoring Champions League favourites were forced to go on the defensive in Denmark.

After scoring 15 goals in their last three games, City had to settle for a 0-0 draw against FC Copenhagen after Sergio Gomez was sent off in their latest Group G outing on Tuesday.

It was a largely forgettable contest dominated by VAR controversies, but City could still reflect positively after the result, due to events elsewhere, proved enough to secure their last-16 place with two games to spare.

Laporte was also pleased with the resilience shown by the side after playing for an hour with 10 men against a Copenhagen side much improved from last week’s 5-0 thrashing in Manchester.

“It was a tough game,” said the centre-back. “Obviously it was more difficult 10 against 11, but we tried everything until the end and I’m very proud of the team for how we reacted and how we played more than 60 minutes with one less player.

“I think this is important – the spirit of the team is very, very good. I think we played really well and now we are focused on the next one.”

The game may have lacked goalmouth action, but it was not short on talking points as referee Artur Dias made repeated visits to the pitchside monitor.

The first came after 11 minutes after Rodri thought he had put City ahead with a fine strike. It was disallowed for handball against Riyad Mahrez, who was given a chance to erase the frustration soon after when City were awarded a penalty following another VAR review.

Mahrez was denied by goalkeeper Kamil Grabara and City were left to battle on without Gomez after another VAR check concluded he had denied Hakon Haraldsson a goal-scoring opportunity with a foul outside the area.

“I didn’t know what happened in that moment,” said Laporte, reflecting on the disallowed Rodri goal.

“But, at the end, we have to accept that.

“So many times when we have considered penalties or free-kicks or whatever, or red cards, with this VAR and we cannot do anything. We just have to learn and we just have to improve.”

Laporte is being eased back into action after missing the start of the season following knee surgery. The game was just his second start of the campaign.

“Now I have to play some minutes, to find the rhythm and keep that way.”