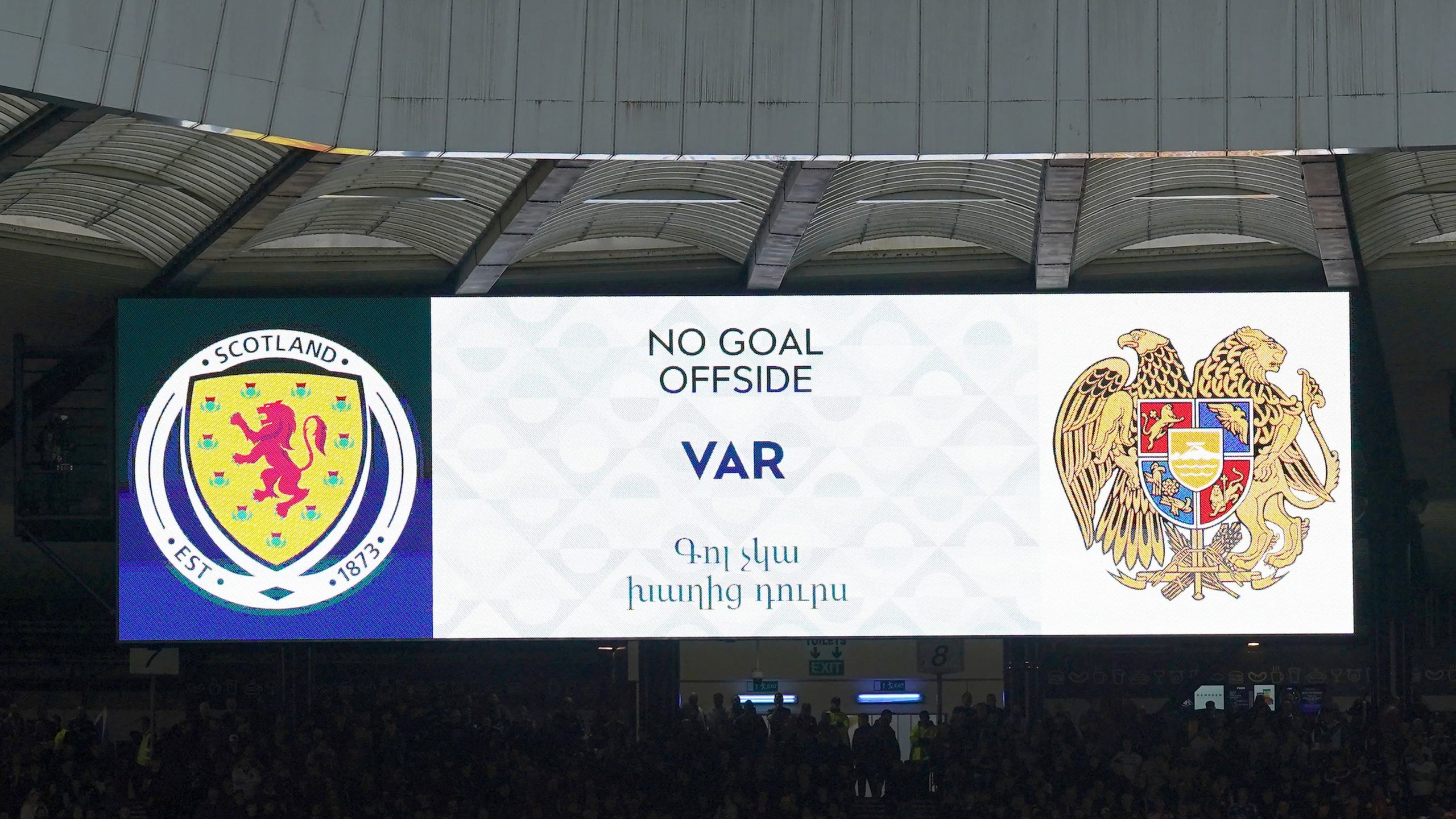 Scotland’s head of referees has asked fans to “bear with us” as the cinch Premiership gets used to VAR technology but promised a policy of minimum interference would help the process.

Hibernian’s home game against St Johnstone on October 21 will see the system go live after 10 months of training match officials and several months of tests in the Scottish Football Association’s new VAR headquarters.

SFA chief executive Ian Maxwell recently revealed he had been warned by colleagues in Europe that the first three months would be “horrendous” but the governing body’s head of referee operations, Crawford Allan, assured supporters that most checks would go unnoticed.

Speaking at the VAR centre at Clydesdale House in Glasgow, Allan said: “We have been signed off, we have been approved, we have got our licence to operate but bear with us on that element.

“What Ian is referring to is I think natural when you have anything new of this element in any industry, there will be a period where people are getting used to using it.

“We have spoken extensively to our colleagues down south, in the MLS, and to UEFA, and at all levels they have experienced a three-month level where the media, the referees, the fans, the players are all getting used to a new way of operating. I will try not to make it horrendous.

“The analogy I would use is, the guys and girls have their driving licence now, FIFA have approved us, but anyone who drives knows you get better at it the more you do it, you get less clunky and you get used to the system.

VAR will only come into play for clear and obvious errors in situations surrounding goals, penalty area incidents, red cards and mistaken identity, and only the immediately preceding attacking phase will be studied for incidents which could lead to goals being disallowed for example.

Fans will have to get used to assistant referees delaying offside calls on occasion but if there are any overlaps in the offside lines on the technology, then the attacker will get the benefit of the doubt.

“There are many benefits to us in being late adopters of VAR,” Allan said. “There will always be a line in the sand where people will ask ‘why did VAR intervene or not intervene?’ but in terms of delays and stoppages, going to the side of the field happens once every three games.

“Every goal, potential penalty, red card gets checked but hardly any of them end up being a live stoppage in the game.

“In terms of the frustrating one, I know some people find it a challenge to say ‘why has the assistant not flagged, that’s a blatant offside?’ If it’s blatant, the assistant can still flag. If they are in any doubt at all, but they think it’s probably offside, previously they will have flagged because they get paid to make the decision. Now we want play to move on in case a goal is scored.

“Yes there is a risk, and this has been in play for six years or so in other countries, that there could be a possible injury. The chances of that happening versus a cracking goal being scored and the assistant giving the wrong decision and killing football at that moment, history is showing ‘bear with us’.”

Allan is convinced the investment will be worth it. The 12 Premiership clubs will foot an estimated annual bill of £1.2million on a sliding scale relating to their prize money.

The former Category One referee revealed FIFA was impressed with the SFA’s facilities, which are run in conjunction with QTV and Hawk-Eye, and claimed they were “up there with La Liga, Premier League, UEFA’s centre”.

“There will still be that element of controversy and having lived and operated in the goldfish bowl that is Scottish football, I’m very well aware of the scrutiny our guys are under.

“This will only ramp it up as there will be an expectancy that we should be getting more right, and we will get more right.”