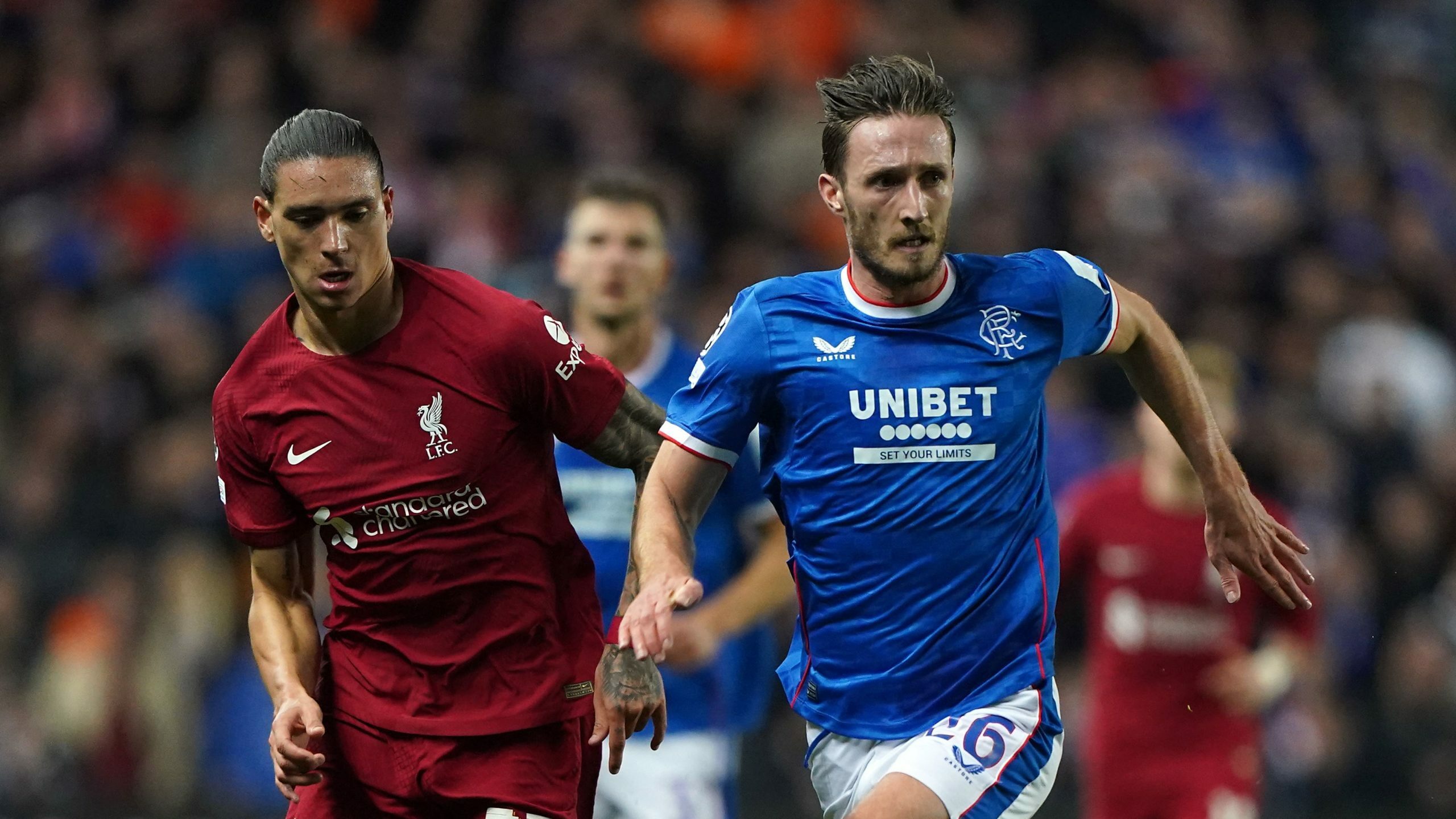 Ben Davies has no qualms with Rangers fans venting their frustrations at Ibrox in recent weeks but hopes to hear the sound of cheers against Aberdeen on Saturday.

Boos rang round the Rangers stadium following the 1-0 Premier Sports Cup quarter-final win over Championship side Dundee and after the Light Blues rescued a cinch Premiership point with a late equaliser against Livingston last weekend.

Giovanni van Bronckhorst’s side go into the game on the back of a 3-0 Champions League defeat at Napoli in midweek which made it five straight Group A defeats and added pressure to the game against the Dons.

Defender Davies is looking for a positive result and performance against Jim Goodwin’s men as Rangers try to get back in the good books of their supporters and close the four-point gap behind Celtic at the top of the table.

He said: “Yeah we’re aware of it (boos), we hear it and have got no complaints.

“We don’t think the performances have been good enough lately but, like I say, we have the chance tomorrow to put it right and get back on the winning trail.

“It’s a big game tomorrow, off the back of recent results and in particular, last Saturday.

“But the fixtures come thick and fast, it’s a good chance to get back out there and turn things around.

“We’ve had a busy week with Europe but we were back in today and focused on the game.

“We know it will be a tough test but I think that will help us with our performance.

“We will take it to them and we know things need to be better. As I say we have a chance (to do that) tomorrow.”