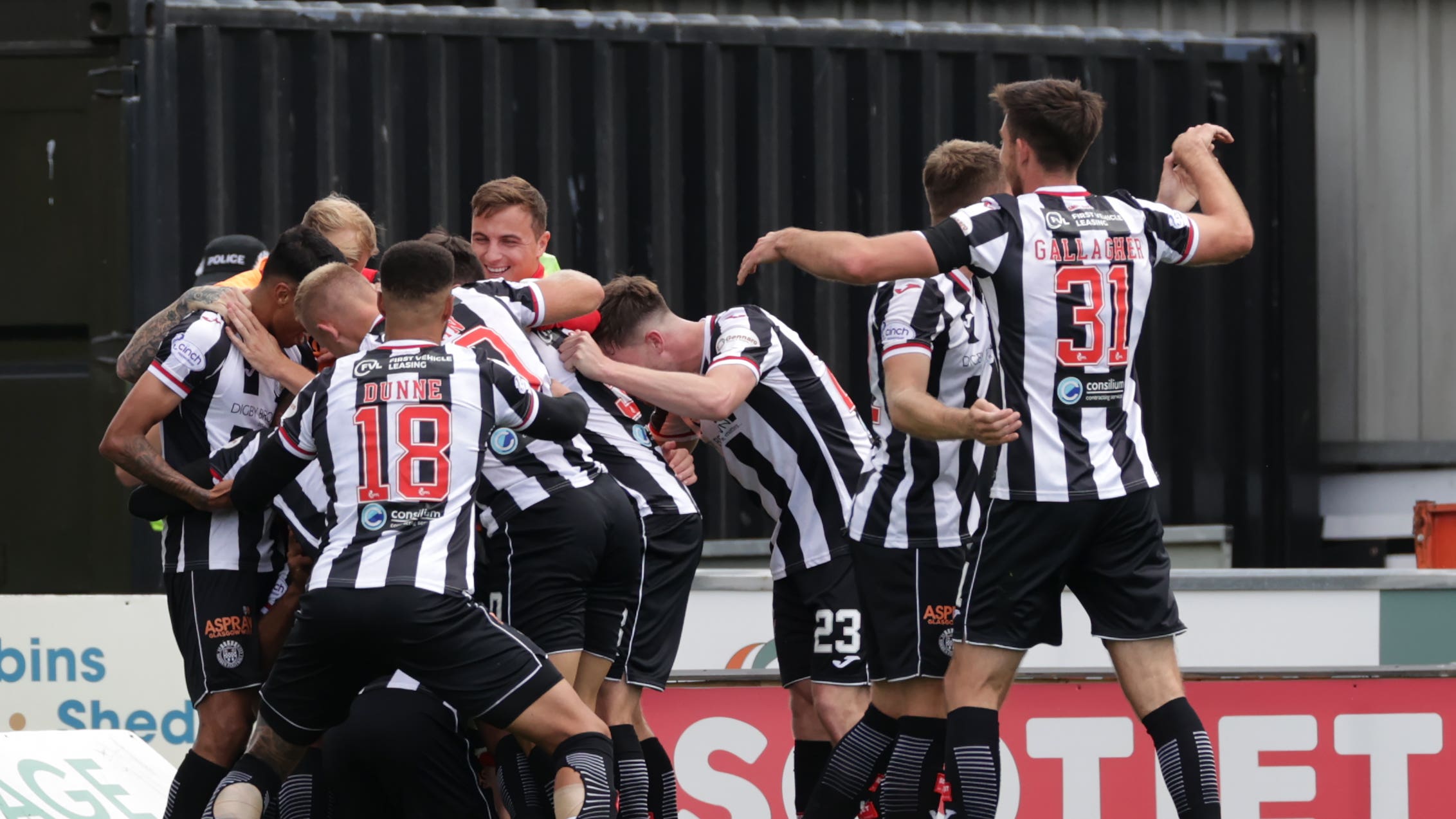 The cinch Premiership season took an unexpected twist as Celtic went down to a shock defeat by St Mirren.

The champions had only conceded once in the league this season before losing 2-0 in Paisley to allow Rangers to cut the gap to two points.

Elsewhere there were wins for Hibernian, Hearts and Livingston while St Johnstone and Ross County were goalless in Perth.

Celtic are not invincible

The champions were a day away from going a full year unbeaten in the league but goals from Mark O’Hara and Jonah Ayunga gave St Mirren a deserved win in Paisley. Ange Postecoglou made six changes to his side and perhaps discovered his squad depth was not as strong as he thought, albeit St Mirren’s tenacious display never allowed Celtic to settle. The Hoops’ first league defeat since going down at Livingston on September 19 last year showed it may not be a procession to the title for the league leaders.

Stephen Robinson is making his mark with St Mirren

It took some time for St Mirren players to adjust to the former Motherwell manager’s methods and recover from the blow of losing Jim Goodwin to Aberdeen last season. And although the Buddies finished the 2021/22 campaign with some solid results, they crashed out in the Premier Sports Cup group stages following defeats by Arbroath and Airdrie, before losing to Motherwell and Aberdeen in their opening two league games. They now sit fourth in the table though after four wins from five matches.

The Steelmen somehow contrived to lose 3-0 at home to Hearts after having a goal disallowed for offside and hitting the post three times, Paul McGinn doing so from three yards out. Motherwell had 25 shots at goal but drew a blank for the second game running. They had 21 shots at goal against Dundee United in their previous game, including a penalty, and drew 0-0.

Ryan Porteous has fallen foul of another opposition manager

The Hibernian centre-back had several run-ins with Steven Gerrard during the former England captain’s time in charge of Rangers and now he has incurred the wrath of Goodwin. The Aberdeen manager accused Porteous of “blatant cheating” after he won a penalty following a tangle with Liam Scales, which saw the Dons defender shown a second yellow card.

The Rangers striker hit a double in a 2-1 win over Dundee United after being left out in favour of Alfredo Morelos for the Champions League game against Napoli on Wednesday night. The 29-year-old Croatian has now scored five of Rangers’ last seven goals over six matches.