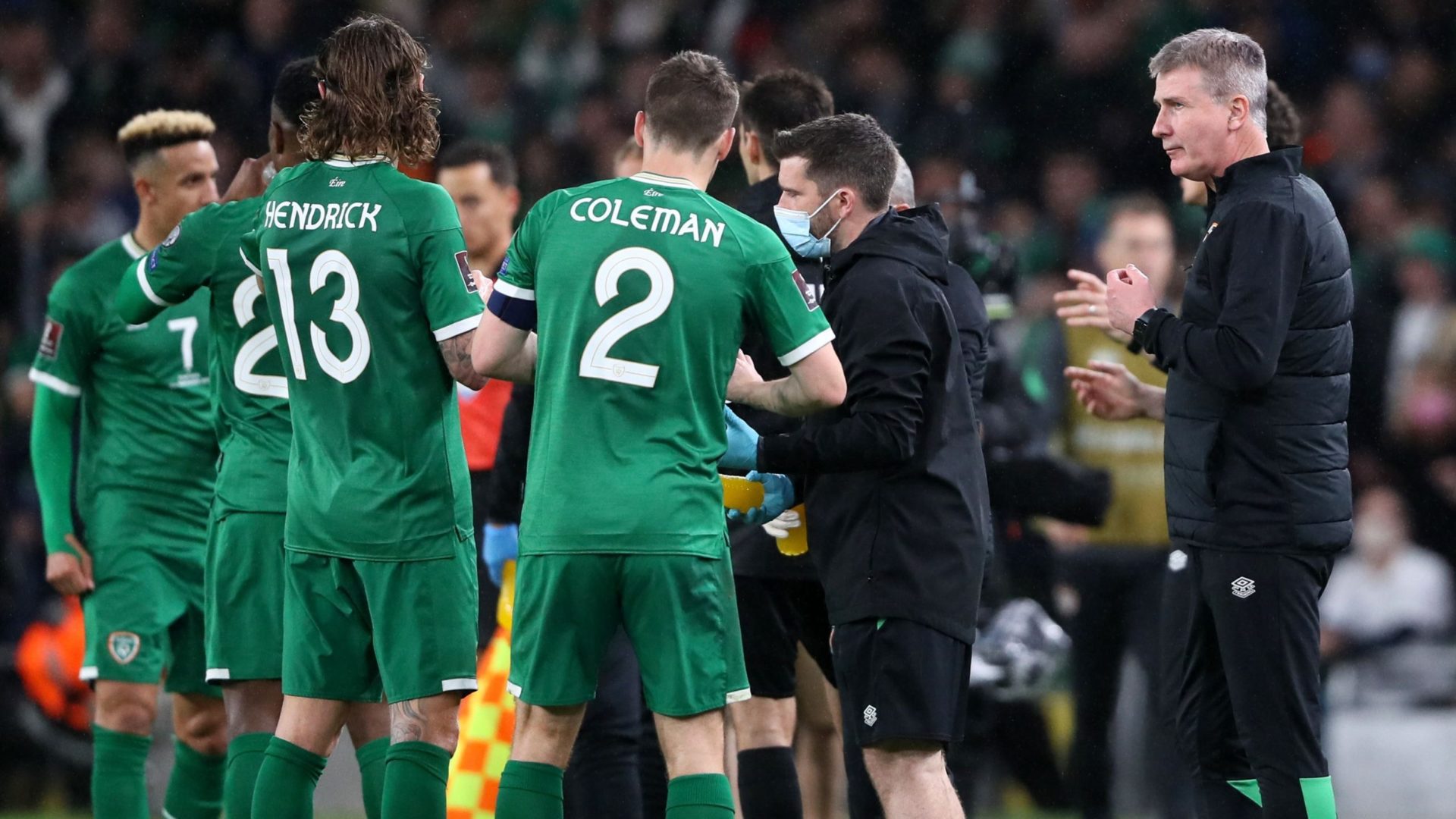 The Republic of Ireland launch their latest Nations League campaign in Armenia as they set out on a gruelling schedule of four games in just 11 days.

Manager Stephen Kenny has decisions to make as he attempts to build upon an eight-game unbeaten run which was extended by March’s creditable 2-2 friendly draw with a much-changed Belgium and a less impressive last-gasp win over Lithuania.

Manchester City’s Gavin Bazunu had established himself as Kenny’s first-choice goalkeeper after being thrust into the limelight in a World Cup qualifier against Luxembourg in Match last year, and he has been the man in possession largely ever since.

However, illness prevented him from playing his part in the last camp and Liverpool’s Caoimhin Kelleher, having added a second Carabao Cup winners’ medal to his haul, deputised more than ably to leave Kenny with the kind of headache managers do not mind having.

The man in the middle

Josh Cullen has quietly established himself as the fulcrum in Kenny’s midfield, a dependable extra line of defence for the men at the back and a starting point heading in the other direction.

The Republic had thought the Anderlecht man was suspended for the game in Yerevan after he received two yellow cards during World Cup qualifiers against Luxembourg, but that was the result of an administrative misunderstanding and he is free to play after all.

Patience is a virtue

The return of striker Michael Obafemi and the inclusion for the first time of wingers Festy Ebosele and CJ Hamilton may suggest a need for greater firepower, although their presence in the squad comes at a time when the Republic have rediscovered their touch in front of goal.

Six of the West Brom frontman’s seven senior international goals have come in his last six appearances, while Chiedozie Ogbene has three to his name already with only seven caps, matching Tottenham frontman Troy Parrott’s tally.

The game at the Republican Stadium will be the Republic’s 11th in the Nations League and they are yet to taste victory. They have recorded five draws and five defeats to date in their two campaigns under Martin O’Neill and Kenny, and an end to that barren run is required sooner rather than later if they are to stand any chance of achieving the manager’s stated aim of winning Group B1.

Armenia enjoyed a three-game winning run at the start of their World Cup qualifying campaign, but things got significantly more testing thereafter and they ended it with 5-0 and 4-1 home defeats by North Macedonia and Germany respectively. Joaquin Caparros’ men will be keen to restore their fortunes on their own pitch, particularly after suffering a 9-0 friendly mauling in Norway last time out.