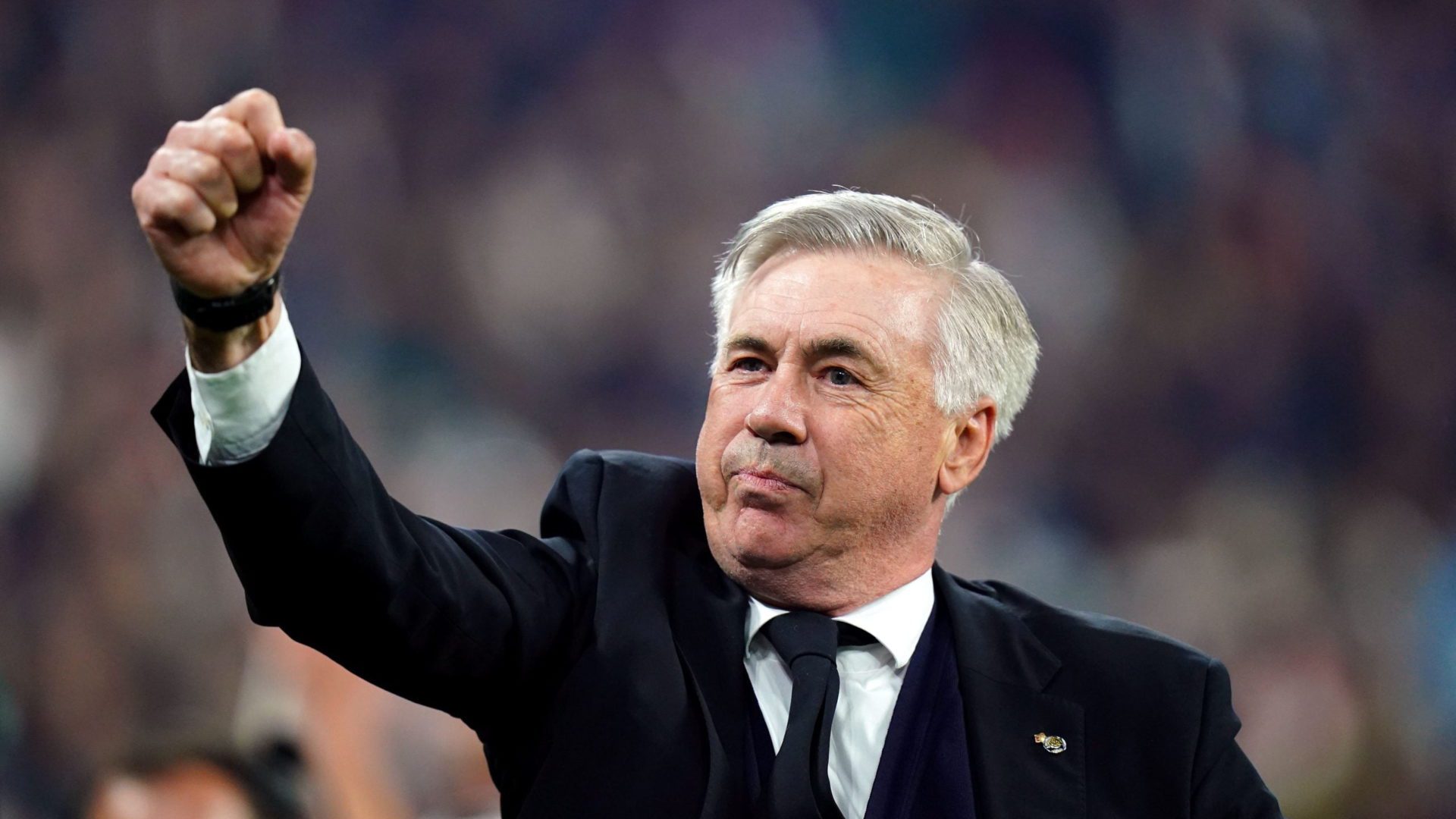 A year on from leaving Everton and making a shock return to the Bernabeu, the well-travelled Italian added the club’s 14th European crown to this season’s LaLiga title.

Ancelotti won the European Cup twice as a player with AC Milan, who he then led to the Champions League twice as manager before winning another during his first spell in Madrid.

Vinicius Junior secured a record-breaking fourth as coach as Real won Saturday’s final against Liverpool 1-0 at the Stade de France.

“This title was the most difficult I’ve ever won,” Ancelotti said. “The side were pushed on to fight by the fact nobody believed we could win it.

“We created a good atmosphere. I think we’ve deserved to win this competition. We’ve suffered, but we have never given up. We got through today’s game well.

“The key was to not give their front three any space in behind. We won, deservedly, against a great side who haven’t lost many games this season.

“It’s easier to win the Champions League with Madrid than with another side! There’s many reasons for that. The fans are special, this club is special. I’m so happy. I’m happier than ever.

“I’ve come back to Madrid, we’ve had a spectacular season.”

It has been a campaign to cherish for all connected to Madrid, with Thibaut Courtois the star of the final thanks to pulling out the performance of his life.

“I said to Thibaut before the game – I’ve got you to the final, now it’s time for you to win it,” Ancelotti added. “And that’s what he did.”