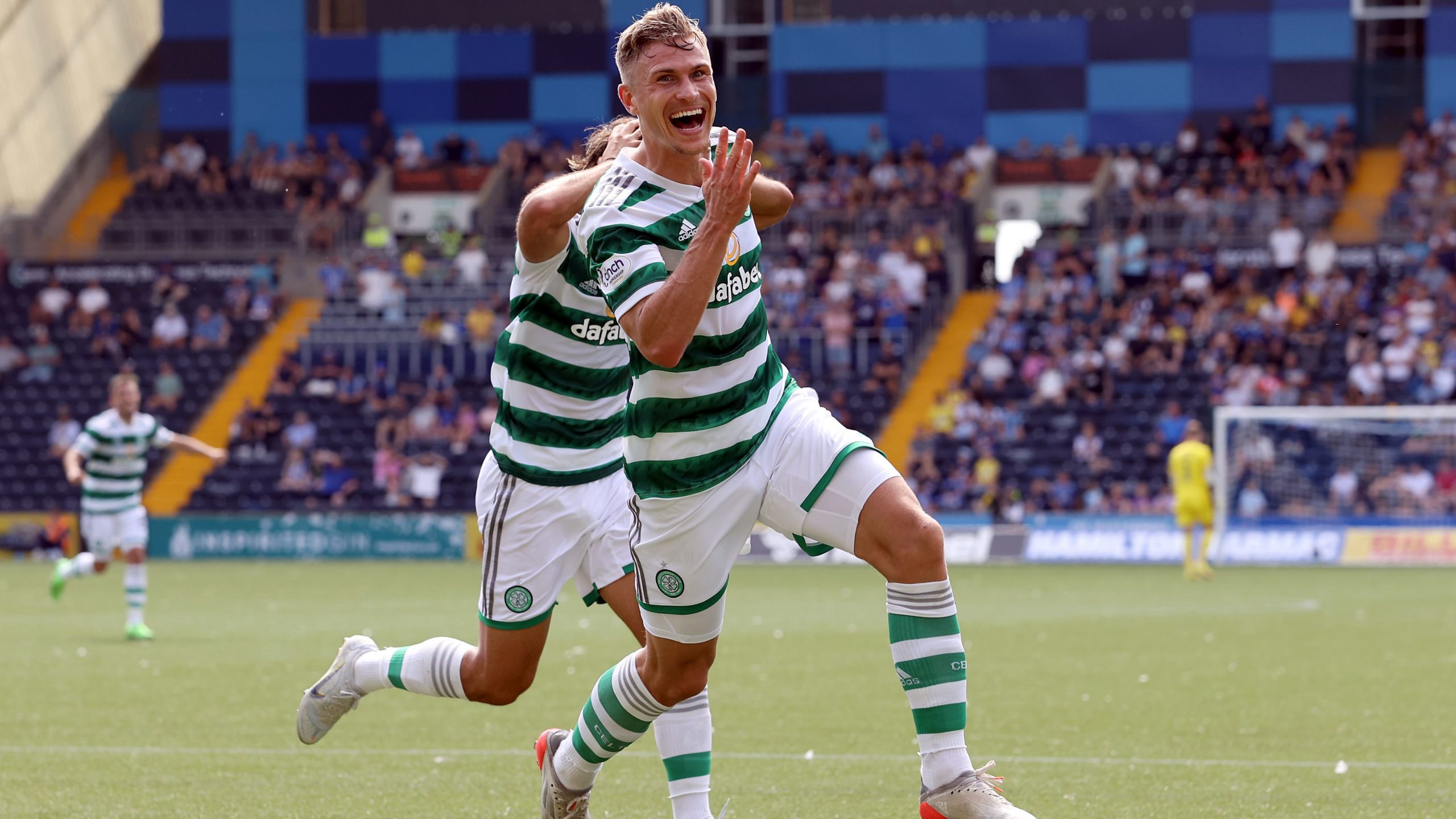 Celtic and Rangers were both among the goals in the third weekend of the cinch Premiership season.

The Light Blues thrashed St Johnstone 4-0 on Saturday before the champions went one better at Kilmarnock on Sunday to go top of the table on goal difference.

Here are five things we learned from the weekend’s action also including wins for Motherwell, St Mirren, Livingston and Hearts.

Celtic’s goal threat is coming from all over

Some of Celtic’s five goals at Rugby Park were from familiar sources – Kyogo Furuhashi and Giorgos Giakoumakis netting from inside the box and Jota blasting home from long range. But two defenders also netted from set-pieces to continue a theme of the season. Summer signing Moritz Jenz scored his second in as many games and Carl Starfelt hit his first for the club to add to fellow centre-back Stephen Welsh’s opening-day header.

The new Motherwell manager led his side to a 3-2 win at Pittodrie two days after being confirmed in the role after just two weeks in caretaker charge to get his ideas across. Well had only scored more than two goals in the league on two occasions in 18 months under Graham Alexander and the last time they hit three on the road was in September 2020 under Stephen Robinson, also at Pittodrie.

Antonio Colak is on the goal trail

The summer signing from PAOK scored for the third game in a row thanks to a smart turn and finish. Had it not been for a contentious offside call against Livingston, the Croatia international would have scored in all three league games this season. Alfredo Morelos faces genuine competition for the centre-forward role.

The powerful attacker arrived at Livingston last summer as a wide player but manager David Martindale earmarked him for a central role and loaned him to Arbroath to practise the position. He showed his threat when he returned in January but did not open his Livi account until the first day of this season with a well-taken lob against Rangers. He quickly followed that up by rampaging through the Hibernian defence to open the scoring in a 2-1 win on Saturday. Nouble was always a handful for defenders but his added prowess in front of goal could make him a real asset.

Hearts finally embark on their eagerly-awaited European campaign when they head to Switzerland for the first leg of their Europa League play-off with FC Zurich. Robbie Neilson’s side will travel to central Europe in high spirits after making it seven points from their first three league games with a 4-1 victory over Dundee United. Zurich, by contrast, have taken just two points from their five league games so far this term.