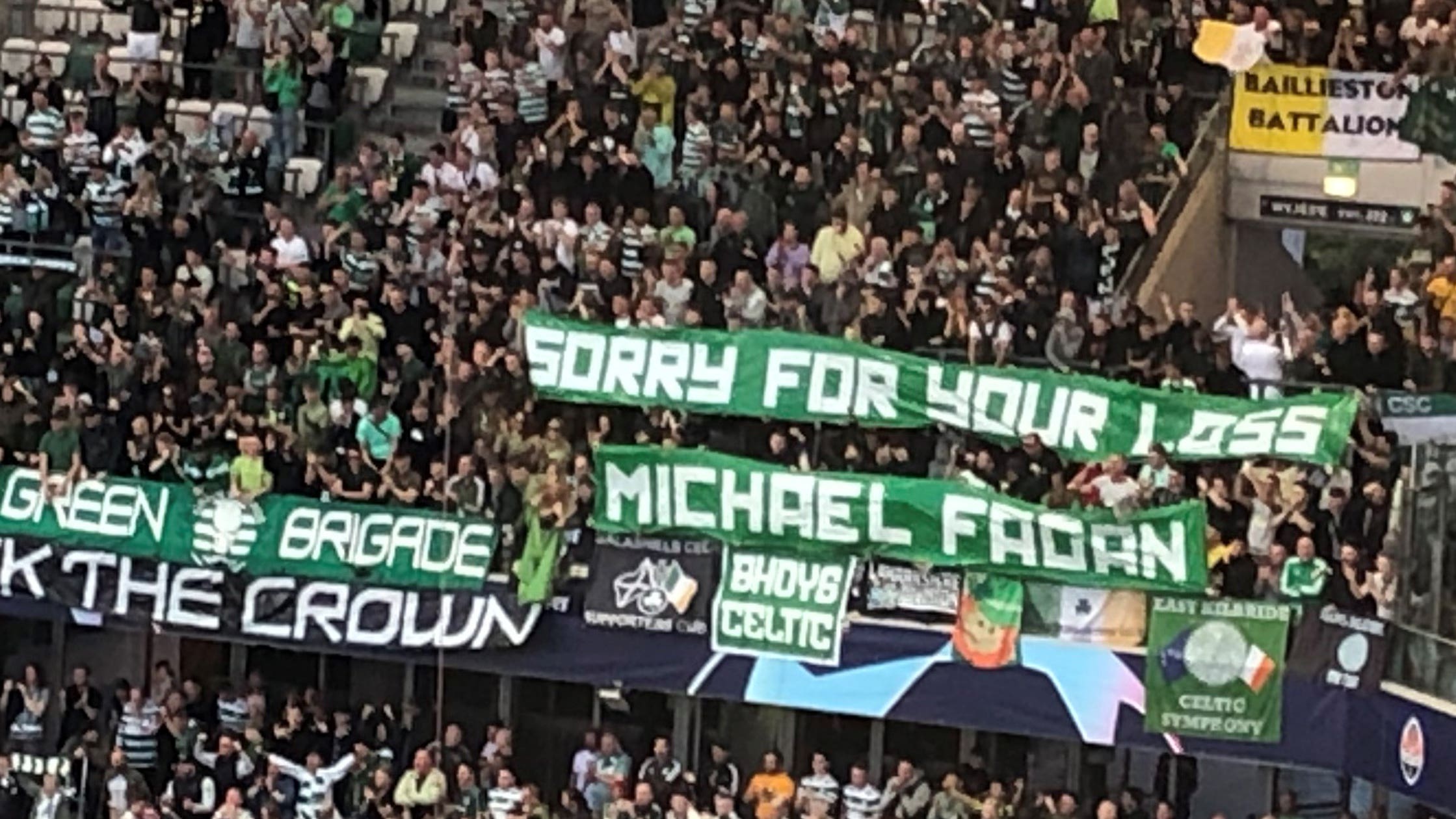 By By Jamie Gardner PA Chief Sports ReporterOctober 11, 2022No Comments

Celtic have been fined over “provocative” anti-monarchy banners displayed by their fans at a Champions League match last month less than a week after the Queen’s death.

One banner spotted among the Hoops’ section of the ground in their match against Ukrainian side Shakhtar Donetsk in Poland on September 14 stated ‘F*** the crown’.

Another read ‘Sorry For Your Loss Michael Fagan,’ a reference to a man who broke into the Queen’s bedroom in 1982.

The Scottish champions have been fined 15,000 euros (just over £13,000) by UEFA’s control, ethics and disciplinary body over what was described as “a message not fit for a sporting event (ie a provocative banner)”.

Celtic were also fined 4,250 euros (£3,733) for the lighting of fireworks at a home Champions League match against Real Madrid on September 6.