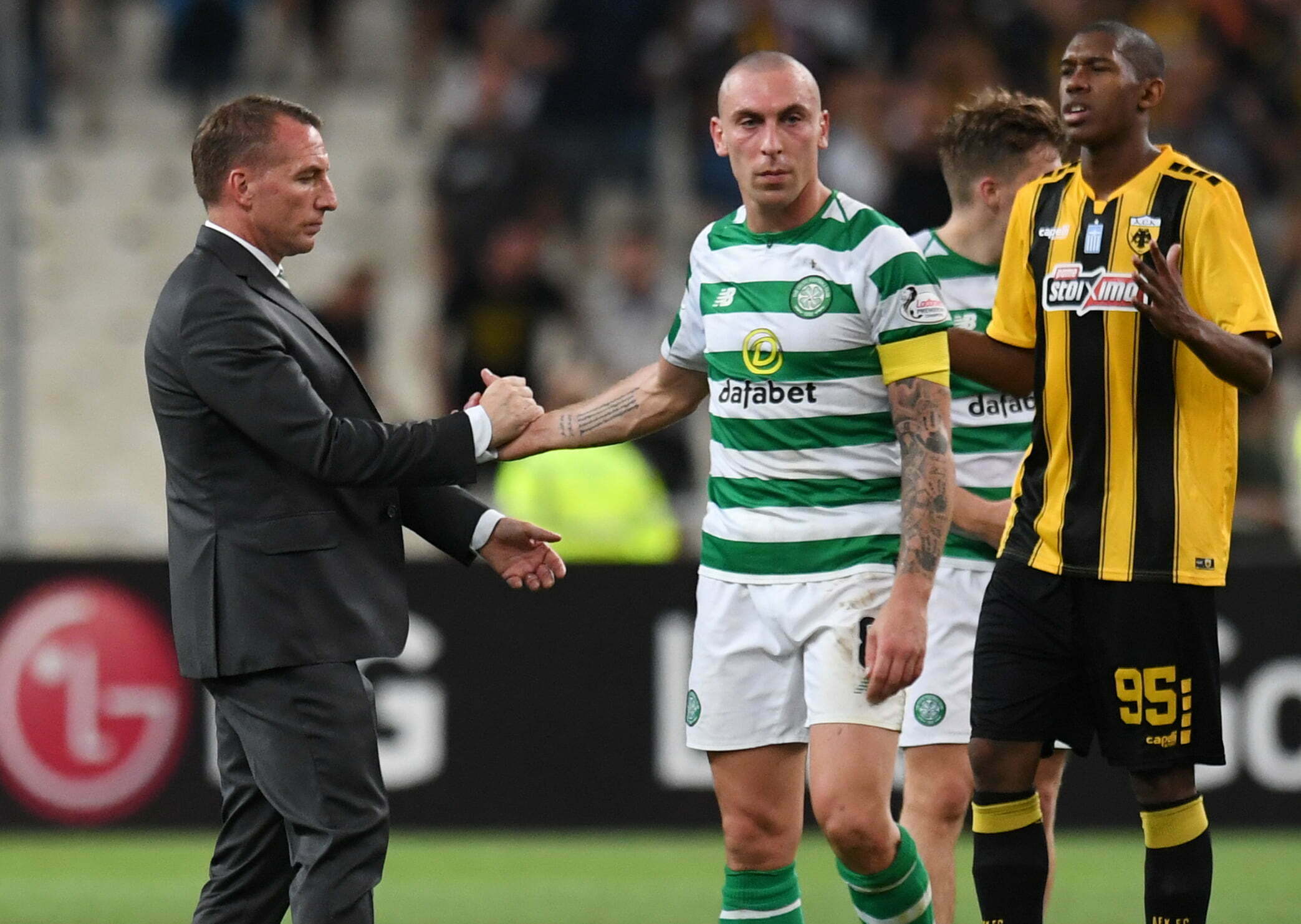 Brendan Rodgers laid the blame squarely at the board for not backing him and who are we to argue after Celtic’s exit from the Champions League.

You have to strengthen from a position of strength and the manager’s call for reinforcements fell on deaf ears.

Why did that happen? Well, quite simply whether you are Martin O’Neill, Gordon Strachan, Neil Lennon or Brendan Rodgers, you have to put up with a plan put in place by the board and executed expertly by chief executive Peter Lawwell every season. We will take all the money in and roll the dice with very little output every pre-season to see if we can make the group stages with what we’ve got.

The gamble sometimes works if you are lucky with a good manager, the exception, of course, the inept Ronny Deila.

It is no surprise to many Celtic fans that any purchases they do make from a January or a summer transfer window are normally weighted towards the end of the month, usually with days, hours, sometimes minutes to spare.

And so it came to pass last night in Athens. The manager had already set off the alarm bells before Celtic were booted out about needing to sign quality, but still nothing.

I wrote an article over a year ago that they should go and buy John McGinn, but as a squad addition, the 23-year-old was never a signing to be a saviour. Everyone and their granny has been writing or voicing their opinion that Celtic needed better defenders. Lustig was done well over a year ago, Simunovic unreliable and what about Boyata?

He is your modern-day footballer. Give me a move or I am throwing the dummy out of the pram. I’m not playing until me and my agent get our way. Let’s not build Boyata up as the missing link to stop last night’s debacle. Dedryk is a poor man’s Virgil van Dijk. in fact, I would have taken Willie Garner ahead of him. He’s been poor against better teams since he entered the first team. I know professional footballers who would tell me, leave him on it, we’ll get it back soon.

The manager summed him and his attitude up last night with two words, “he’s fit.” That tells you all you need to know.

The only surprise for me is that Salford City hasn’t made a late bid to try and steal him away from Seville. He should never pull on a Celtic jersey again.

As well as two defenders, Celtic have been crying out for a no10 since Brendan arrived and before. Tom Rogic is not a number ten, neither is Callum MacGregor, their roles are elsewhere on the pitch. You always need a special player who can take a ball and do something special, a pass, a trick to open up defences, a goal to win a game.

They are hard to find, but Celtic apparently have a great scouting system, maybe they are still on holiday?

Brendan Rodgers always chooses his words carefully and last night there was one sentence that sent a right uppercut towards the chief executive, “ You shouldn’t have to lose to learn.”

I don’t believe for one minute that the manager will quit after that result or any Champions League failure, as has been suggested. He’s made of sterner stuff.

However, he’ll be demanding signings are made, despite the fact the horse has bolted. Celtic still have the crap Europa League to qualify for and that is not a certainty with the current squad.

The board proudly displayed the figures in February that they had £31m in the bank, they then got a slice of Virgil van Dijk’s move to Liverpool, a Champions League group stage cheque from Uefa dropped for £28.7m soon after. They sold all their season tickets and shouted it from the high heavens and on top of that sold Stuart Armstrong for £7m. Throw in the paltry winning the league money and two cups and you start to think, how can a club with £70 to £80m coming in not sign John McGinn from Hibs and two half decent defenders?

You get what you pay for or in this case what you don’t pay for. Celtic are no better than a Europa league outfit going backward. The manager and the fans were not calling on three further £9m Odsonne Edouard purchases, they just wanted reinforcements good enough to defeat a poor AEK Athens side and strong enough to get past the European giants Vidi of Hungary!

Having spoken to him on a few occasions, Brendan Rodgers wants to get Celtic to the group stages of the Champions league and maybe a knockout place, similar to the achievements of previous managers. He is well aware of the financial limitations and the fact that Celtic have to punch above their weight to progress in the Champions League, but he still believed it was and is possible with a little ambition.

On the evidence of last night and the words of the manager, not journalists and pundits, this board is not willing to match his ambitions.

Celtic lost over two legs to AEK Athens with three simple crosses into the box and with that kissed goodbye to £30m to £40m in the Champions League. That was some roll of the dice.