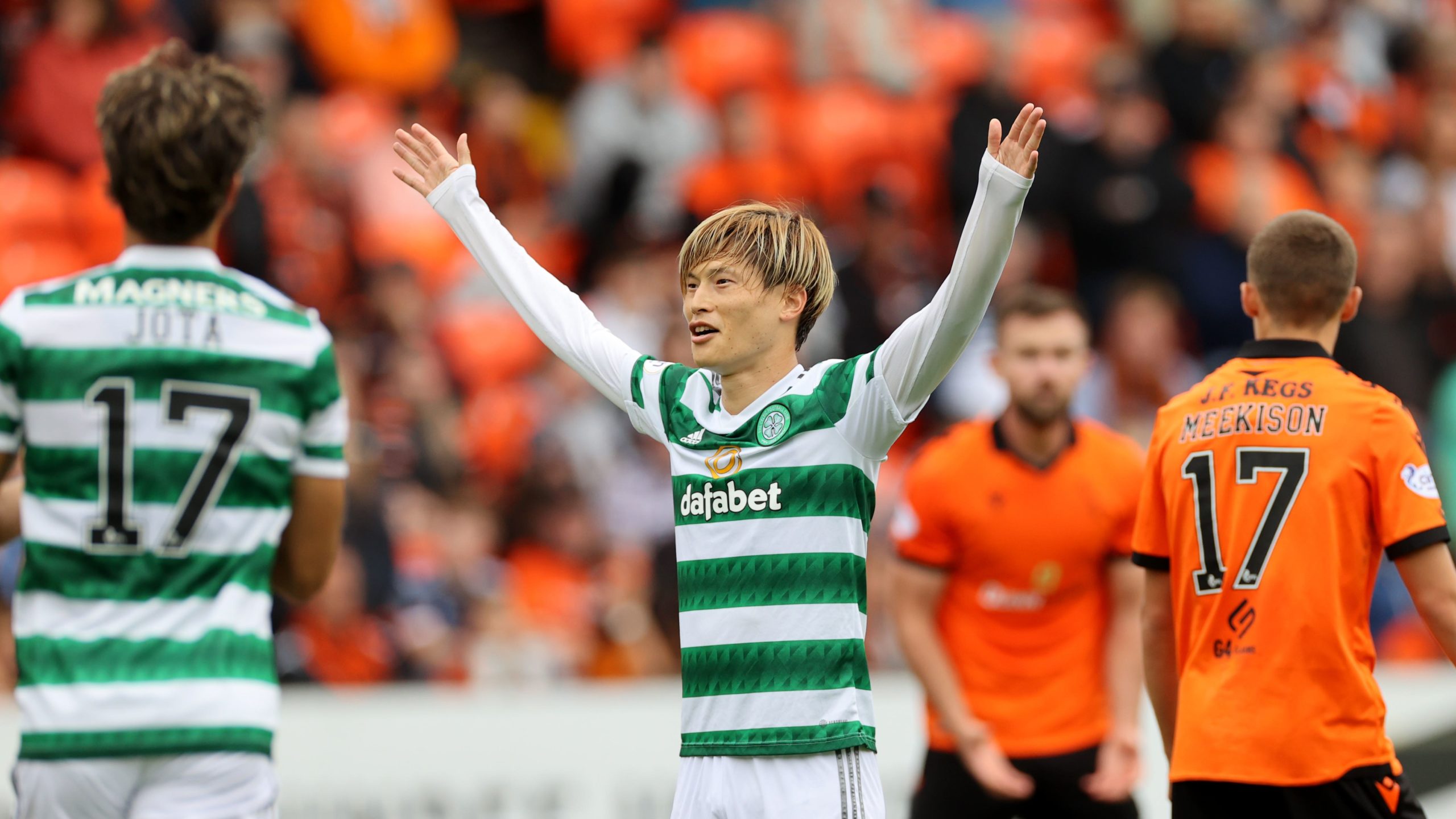 Celtic’s 9-0 thrashing of Dundee United was the biggest result of the weekend in the cinch Premiership and the heaviest away win in the competition’s history.

The champions went back to the top of the table after Rangers’ 4-0 win over Ross County the previous day. There were also victories for Kilmarnock, Aberdeen, St Mirren and Hearts.

Dundee United are at rock bottom

The Terrors suffered their biggest ever Tannadice defeat and their heaviest loss since a 12-1 defeat by Motherwell in 1954. Manager Jack Ross likened his players to mannequins at some of Celtic’s goals. United have now conceded 23 goals in just four matches and sit at the foot of the table with one point from five games. Even at this early stage of his reign, Ross looks like a manager who needs a result in Wednesday’s Premier Sports Cup tie at Livingston.

Celtic are a level up

The Hoops recorded their biggest win since beating Aberdeen by the same scoreline in 2010 and the most resounding away victory in their history. They looked like a side who were desperate for goals throughout and cut United open time and time again. With five wins and 21 goals from five matches, Ange Postecoglou’s league leaders have set themselves up well for Saturday’s visit of Rangers.

The Dons had not recorded back-to-back league wins in 2022 before following up the previous week’s victory over St Johnstone with a 5-0 thrashing of Livingston. Jim Goodwin’s side took full advantage of Jack Fitzwater’s first-half red card to record their biggest Premiership win since 2017.

Dubious decisions dominated the Scottish football debate the previous weekend and there was another major flashpoint early in the game at Ibrox. Rangers defender James Sands had been already booked for a foul on Jordy Hiwula when he appeared to grab the Staggies striker to prevent him getting a clear run on goal. Referee Don Robertson took no action, a decision that Malky Mackay described as “inexplicable” while Gers boss Giovanni van Bronckhorst, who replaced Sands with Leon King at the interval, admitted his player was lucky to escape red.

Hearts’ squad tested to the limit

Adapting to the demands of European group stage football was always going to test Hearts, but they are not being helped by a spate of early-season injuries and suspensions. Key duo Craig Halkett and Stephen Kingsley have been hindered by fitness problems, and against St Johnstone on Sunday – with Alex Cochrane and Toby Sibbick suspended – Kye Rowles and Liam Boyce both ended up on crutches after going off with potentially serious injuries, while Nathaniel Atkinson also hobbled off. A makeshift defence featuring two midfielders (Peter Haring and Andy Halliday) plus a young player making his first start (Lewis Neilson) saw out a hard-fought 3-2 win for a team down to the bare bones.