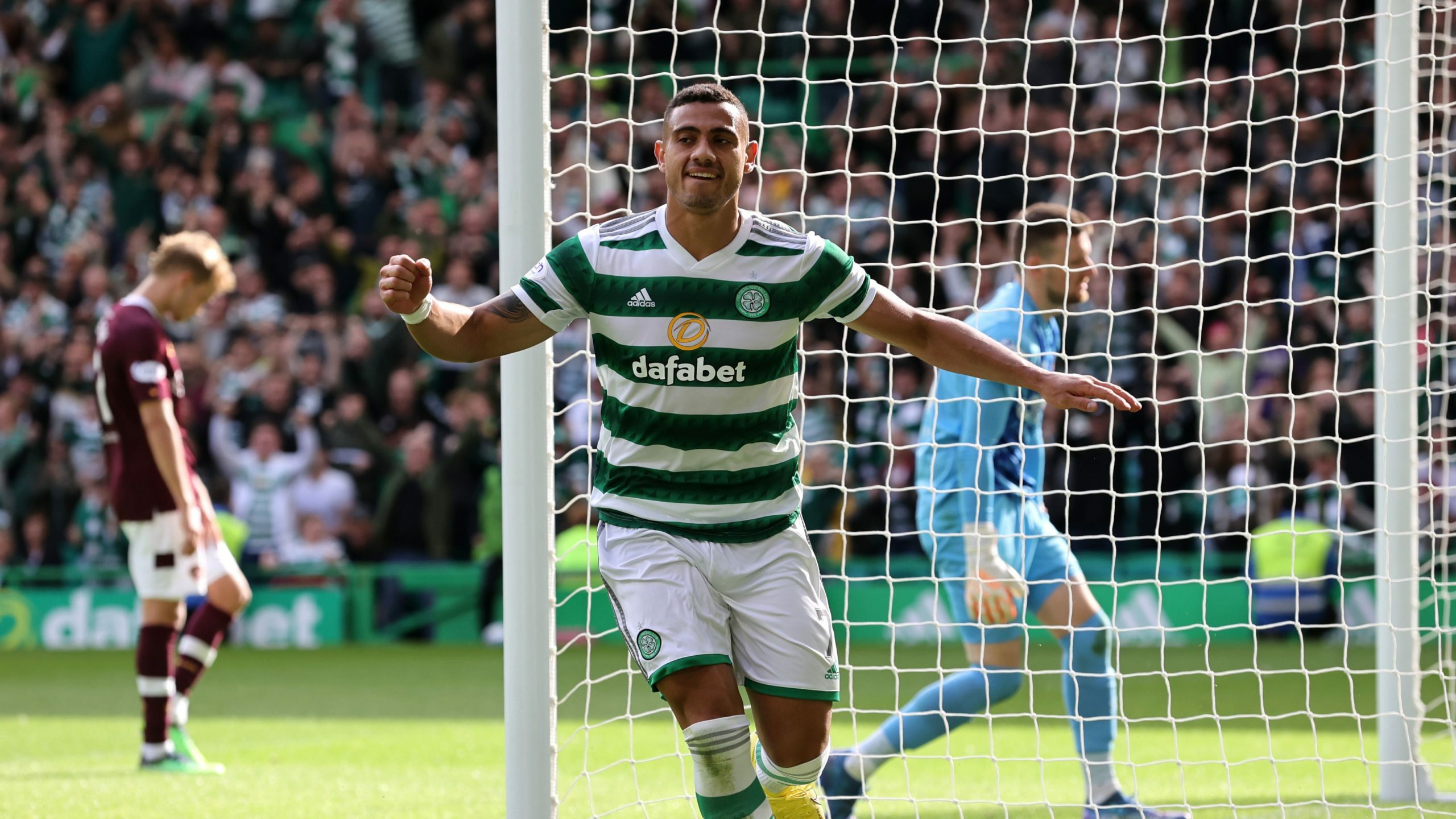 By By Gavin McCafferty PAAugust 21, 2022No Comments

Celtic manager Ange Postecoglou was delighted to see both of his strikers net again as he promised Giorgos Giakoumakis his chance of starting would come.

Substitute Giakoumakis netted his second goal from four substitute appearances this season to wrap up a 2-0 win over Hearts in stoppage-time that sent Celtic two points clear of Rangers in the cinch Premiership.

Kyogo Furuhashi has got the nod for the centre-forward role each time and hit his third goal of the season to open the scoring in the 13th minute.

Postecoglou said: “I enjoy them wherever they come from but it’s great both of them got their goals. Both of them are working hard in training, both are quality strikers.

“Some of our service wasn’t great today in the final third but we know if we get the ball into those areas that both of them are very good finishers and have got a real presence in the box in different ways, different styles.”

Giakoumakis shows no sign of frustration over his current role as substitute – as well as his goal and another shot that was saved late on, he ran back 30 yards to win the ball off Barrie McKay deep in his own half.

“They are non-negotiables for our football club,” Postecoglou said. “That’s the team we want to be and the boys have bought into that. Whether they are starting or not, they know that’s what they need to bring.

“I’ve got two real quality strikers that both deserve to start but I know what’s coming and they will both get plenty of game time.

“The important thing is they are both feeling good about themselves, they are both scoring goals, which is great, and we are going to need both of them.”

Although Hearts did not manage a shot on target, they had some decent spells of possession and were never under the cosh.

On the game, Postecoglou said: “It was okay, it wasn’t probably as free-flowing as I’d like a game of football to be.

“It felt like it was stop-start a lot and not a lot of consistent tempo in the game. Some of it was our doing but just one of those games where it just didn’t feel like we could open up and play our football.

“But the players maintained their discipline and got a good win. We just had to grind our way through it and we did. I don’t think Joe (Hart) really had a save to make.”

Hearts manager Robbie Neilson was frustrated that both Alex Cochrane and Toby Sibbick picked up second yellow cards in the latter stages as his side finished with nine men.

Neilson, who saw three other players booked by Kevin Clancy, said: “When you come here you need strong referees and if you don’t get that it can be difficult at times.

“That’s the difficulty when you come to Glasgow, you need that strength, and I don’t think we had that.”

Neilson made seven changes to his starting line-up with the Europa League play-off second leg against Zurich in mind.

“I was very proud of the players,” he said. “We made a number of changes and it showed the strength of the squad that the guys came in and matched Celtic for long periods and created a number chances.

“If it wasn’t for two red cards we could have potentially taken something from the game.”

Craig Gordon and Stephen Kingsley will recover quickly from the minor injuries that kept them out but Craig Halkett will miss Thursday’s European game with a hamstring injury.

“It’s just short term but I don’t think he will make Thursday,” Neilson said. “It will maybe be another week after that potentially.”