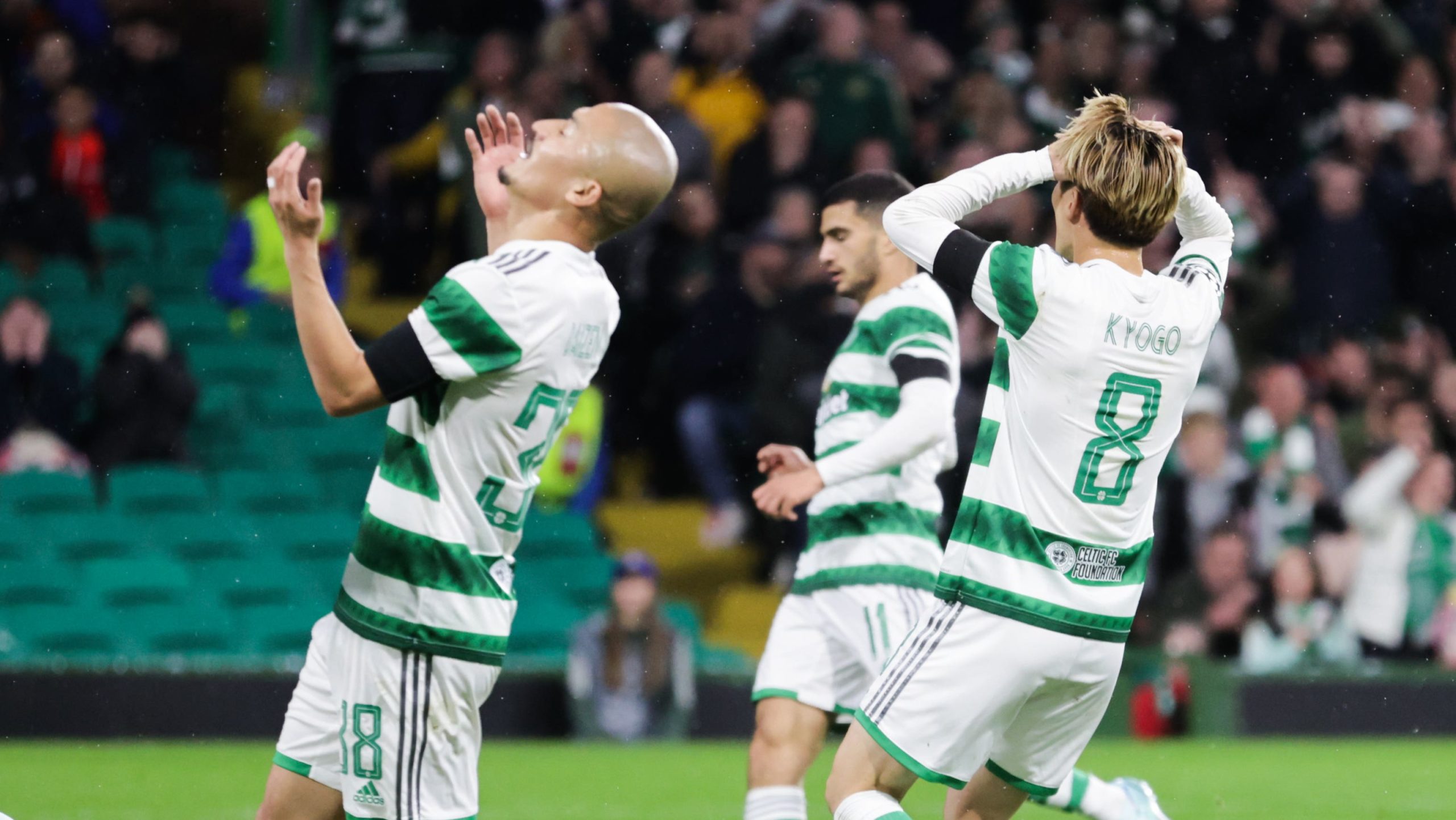 By By Gavin McCafferty PAOctober 11, 2022No Comments

The defeat leaves Celtic bottom of Group F with one point from four matches and with no chance of making second place following Shakhtar Donetsk’s draw against Real Madrid in Warsaw.

The Scottish champions can still finish third but would need to beat Shakhtar and then get a result in the Bernabeu – and they would need to develop a far more clinical edge to do so.

They again had the better of the first-half chances but hit the frame of the goal twice and missed several good headed opportunities before the visitors stepped up their attacking threat.

Celtic were missing the injured Jota and lost another winger, Liel Abada, to injury three minutes before half-time.

The theme of their European campaign continued inside 60 seconds when Daizen Maeda spurned a glorious opportunity as he stooped to head Abada’s cross wide from four yards.

Leipzig soon took the sting out of the game though with long spells of possession and Dominik Szoboszlai returned David Raum’s deep cross beyond the opposite post from a good opening.

Celtic needed good blocks from Matt O’Riley – who was again playing in a deep midfield role – and Moritz Jenz after being troubled on the break.

The hosts came to life after the midway point of the half. Greg Taylor and Sead Haksabanovic caused some panic with balls in from the left and Jenz then headed over the latter’s corner.

Leipzig had a major let-off when O’Riley hit the post from 25 yards following a short corner and Taylor scuffed the rebound off the crossbar before Maeda headed wide.

Kyogo Furuhashi then missed an excellent chance when he sent a free header over the crossbar from 12 yards following a pinpoint cross from Haksabanovic.

Abada went off for James Forrest after sustaining what looked like a knee injury following a fair tackle from Raum.

Leipzig finished the half well. Raum hit the bar with a cross, Joe Hart denied Christopher Nkunku with his foot and Willi Orban sent a free header over from the resulting corner.

Hart pulled off a better stop from Orban early in the second half and Furuhashi failed to make the most of good set-up play from Forrest at the other end.

Celtic were living dangerously. Jenz and Cameron Carter-Vickers put in some important interventions and O’Riley tracked back to make an excellent sliding tackle – and they also got some fortune when Szoboszlai slipped in the penalty box after Reo Hatate lost the ball to leave his defence outnumbered.

Leipzig were enjoying the better of the second-half chances. Right-back Mohamed Simakan and Nkunku missed the target from decent chances before Hart saved from the latter.

Celtic made a triple change midway through the half with David Turnbull, Aaron Mooy and Giorgos Giakoumakis coming on and they soon had a chance when the Australian cut the ball back for Maeda. The Japan attacker was having a frustrating night with the ball though and steered a first-time effort wide.

The breakthrough came at the other end after Leipzig worked the ball down their left. Andre Silva got to the bye-line and cut it back for Werner to head home.

Celtic threatened an equaliser but O’Riley saw a strike palmed away and Giakoumakis headed Forrest’s cross wide from close range.

They were made to pay for the latest miss when Werner this time got down the left channel to cut back for Forsberg to find the top corner.