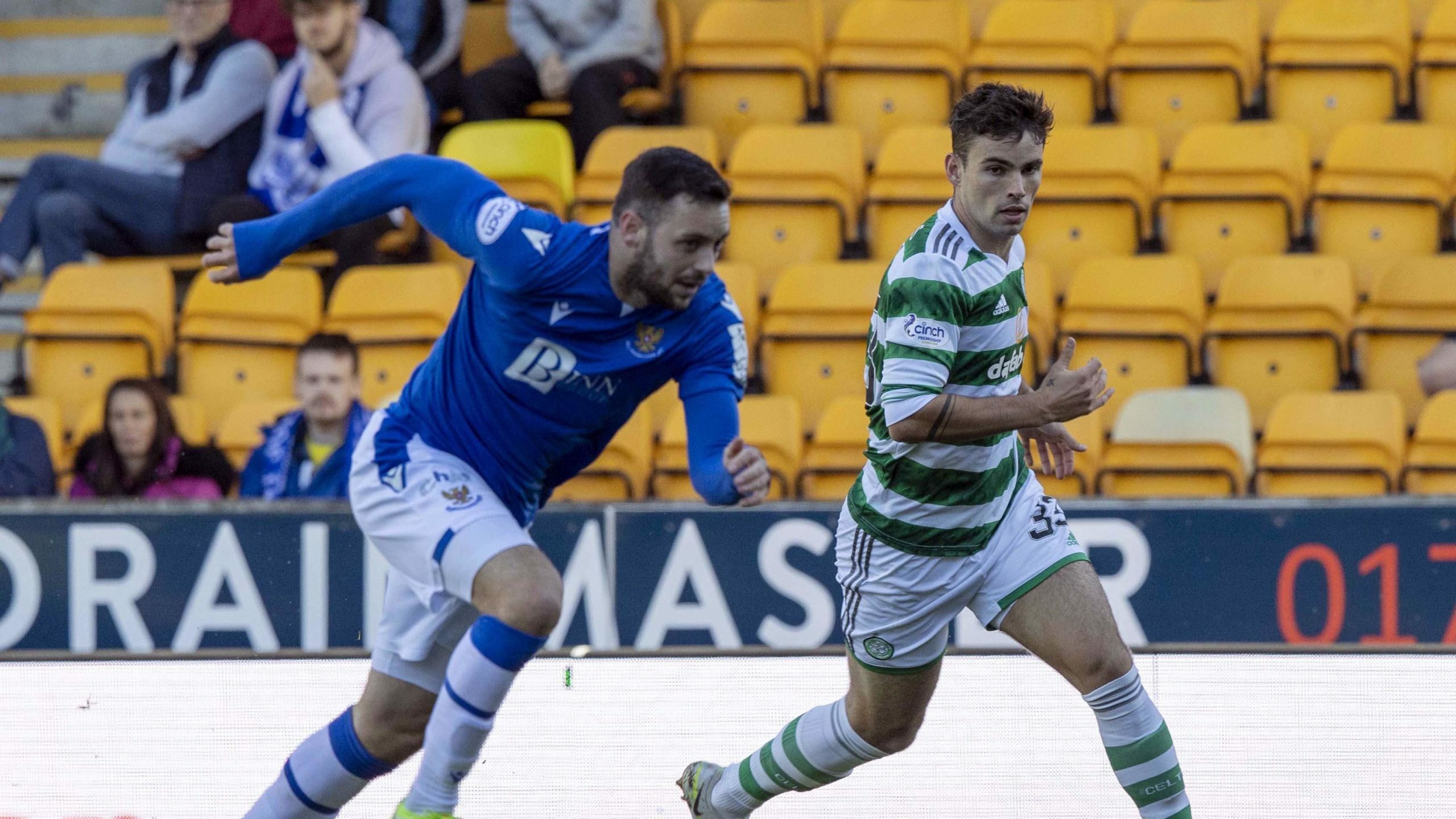 Matt O’Riley admits nobody could replicate what Callum McGregor brings to Celtic but feels comfortable slotting into the midfielder’s role.

O’Riley lined up at the base of Celtic’s three-man midfield against St Johnstone on Saturday as McGregor began a lay-off after picking up a knee injury during last week’s Champions League defeat by RB Leipzig in Germany.

McGregor is likely to be sidelined until after the World Cup and manager Ange Postecoglou confirmed O’Riley was an option to retain the deep role for Tuesday’s visit of Leipzig.

O’Riley said: “I enjoyed it. I have done it before in the past. Maybe not in the exact same system, but I feel comfortable in terms of what I need to do.

“It’s obviously different to what I am used to at the moment, I have been playing slightly higher up, so structurally it’s slightly different. But because our structure is so clear, and we all know what we are doing, dropping in isn’t so difficult.

“I obviously know where Cal needed to be when he was playing there so that helps from having that relationship with him when he was there. I feel good about it.

“I have done it in the past so I feel comfortable playing any midfield role. Through my young academy career, I played all around.

“At MK Dons, we played with two deeper ones and two in front, more like a box. But in terms of being deeper down the pitch, it’s the same concept. At Fulham we played for a while with the same midfield shape, although slight details are different in terms of restrictions on where you are supposed to be going.

“Those experiences in the past have definitely helped me get a good understanding of what I need to do here.”

McGregor also brings leadership, experience and often sets the tempo to Celtic’s play so O’Riley concedes he has to focus on what he can bring to the position rather than look to replicate his skipper.

“You can’t really replace Cal, not even just his football side, just what he brings as a character in the team,” he said. “I’m not thinking about it on a personal level to be honest, I’m just there to do what I can do in that position.

“Naturally Cal is a big loss, we know that, probably the most important player in the team just because of everything he brings.

“But, saying that, I think we have enough characters and enough good players to hopefully keep the performance levels high.”