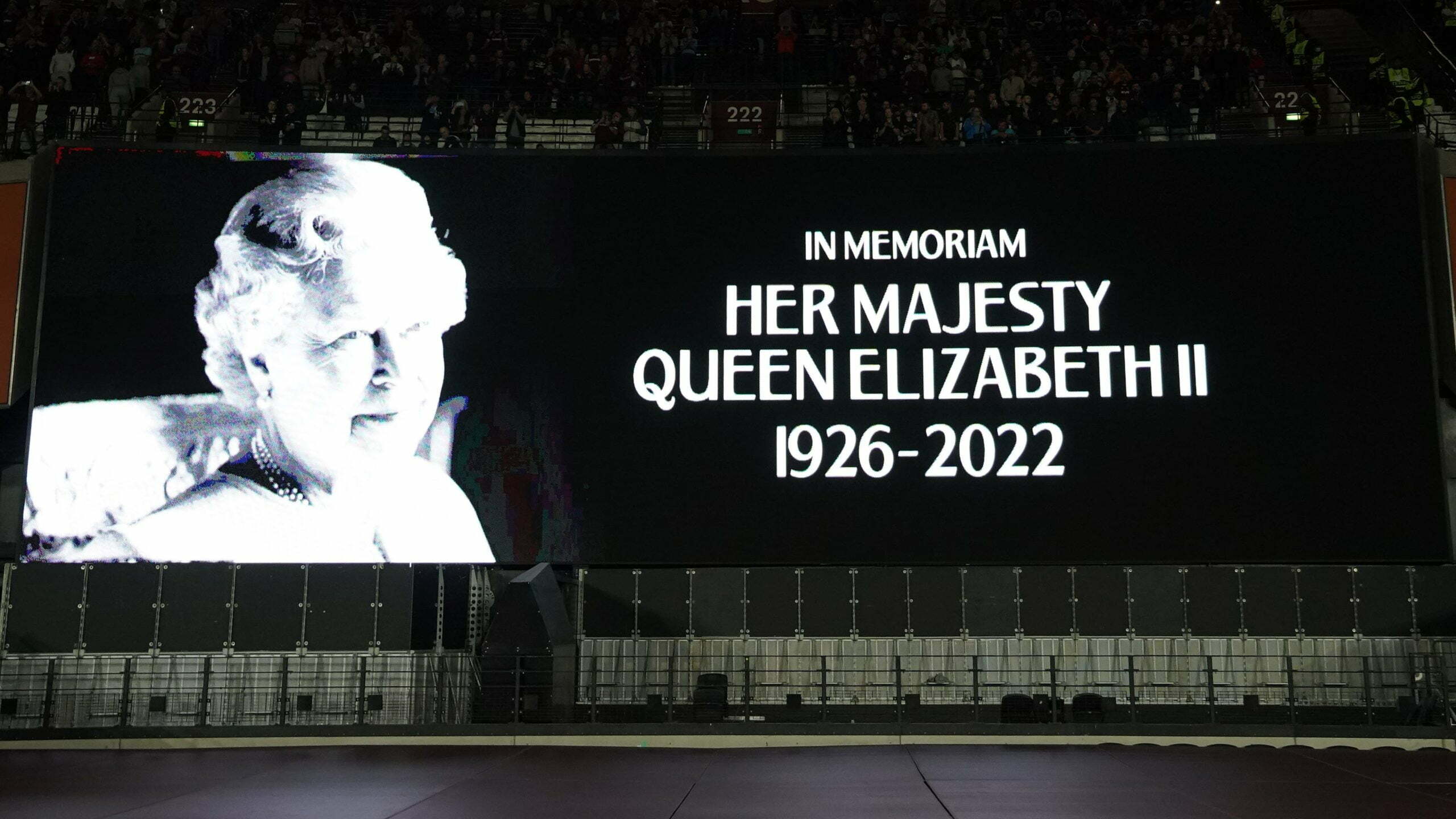 By By Jamie Gardner PA Chief Sports ReporterSeptember 12, 2022No Comments

Premier League football will return this weekend following the death of the Queen, but two high-profile fixtures have been postponed after police consultation.

Whereas other sports continued in the aftermath of the news from Buckingham Palace, football halted as a show of respect and, while it will largely return to normal in the coming days, Chelsea v Liverpool and Manchester United v Leeds have been called off.

Seven top-flight matches will take place over the weekend, with Brighton v Crystal Palace remaining off having already been postponed due to planned rail strikes.

“Following extensive consultation with clubs, police, local Safety Advisory Groups and other relevant authorities, there was no other option but to postpone the three fixtures,” a Premier League statement read.

“The Premier League would like to thank the UK Football Policing Unit and other police forces across the country, as well as our broadcast partners, for their support during this process, and will continue to liaise with them ahead of the weekend.

“For the matches being played during the period of national mourning, tributes will be paid to the Queen at Premier League stadiums.

“New dates for the postponed matches will be announced in due course.”

The kick-off times for two of Sunday’s games have also been altered, Brentford v Arsenal now starting at 12 noon rather than 2pm and Everton v West Ham starting at 2.15pm.

The news followed the postponement of Arsenal’s Europa League match against PSV Eindhoven on Thursday, with police resources in London stretched in the build-up to the Queen’s funeral on Monday, September 19.

UEFA confirmed the tie would not now be played and that a new date for the match would be communicated in due course.

European football’s governing body said the postponement was due “to the severe limitations on police resources and organisational issues related to the ongoing events surrounding the national mourning for Her Majesty Queen Elizabeth II”.

Switching venues to host the game in Eindhoven had been discussed, while the option to host behind closed doors at the Emirates Stadium would still have required a level of policing.

While Chelsea’s visit of Liverpool is off, their home Champions League match against Red Bull Salzburg on Wednesday will go ahead as planned, while the midweek EFL programme is unaffected.

In Scotland, Rangers’ Champions League tie with Napoli has been put back a day to Wednesday, September 14, due to “severe limitations on police resources and organisational issues”.

All EFL matches scheduled for Tuesday and Wednesday are set to go ahead, with clubs planning to pay tribute to the Queen.

“A minute’s silence will be held before matches, with black armbands to be worn by participants, flags to be flown at half-mast and the national anthem to be played in stadiums,” the EFL said in a statement.

There has been plenty of conjecture since the postponement of the weekend’s Premier League fixtures about how Liverpool fans, some of whom have regularly booed the national anthem at recent finals and the FA Community Shield, would respond to a show of respect for the monarchy.

However, Reds boss Jurgen Klopp insists the club’s fans do not need any advice on observing a minute’s silence in memory of the Queen, with the club later confirming they will mark the occasion ahead of their Champions League home match with Ajax.

“There are plenty of examples where people showed exactly the right respect – one which surprised me and I was really proud of that moment was last season when we played Manchester United around a very sad situation with Cristiano Ronaldo’s family (fans applauded in sympathy following the death of his newborn son).

The English FA confirmed leagues and competitions under its jurisdiction could resume from Monday, including the Barclays Women’s Super League and the Women’s Championship, barring any games affected by policing resource issues.

The FA also confirmed that a scheduled media conference with England manager Gareth Southgate on Thursday to announce his squad for the forthcoming Nations League matches against Italy and Germany had been cancelled out of respect for the period of national mourning.

The squad will still be announced as planned at 2pm that day.