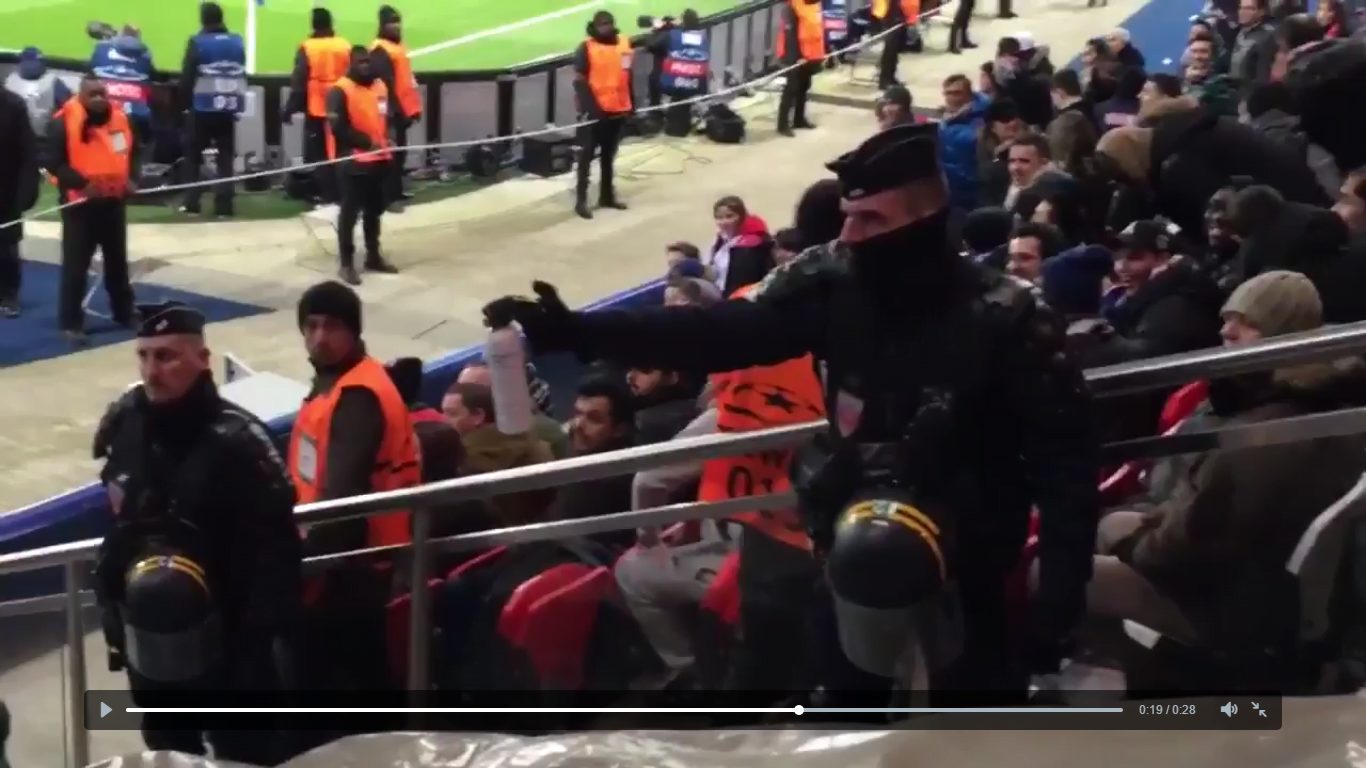 In a video which is spreading throughout social media it would appear Chelsea fans were pepper sprayed in PSG’s stadium, Parc des Princes.

It’s unclear from the video why police reacted with such force to Chelsea fans celebrating, however this latest incident isn’t likely to help already rocky relations between the club and the country.

Last season a video emerged showing Chelsea fans racially abusing a Frenchman on the Paris Metro. The club apologised and banned those found to be responsible.