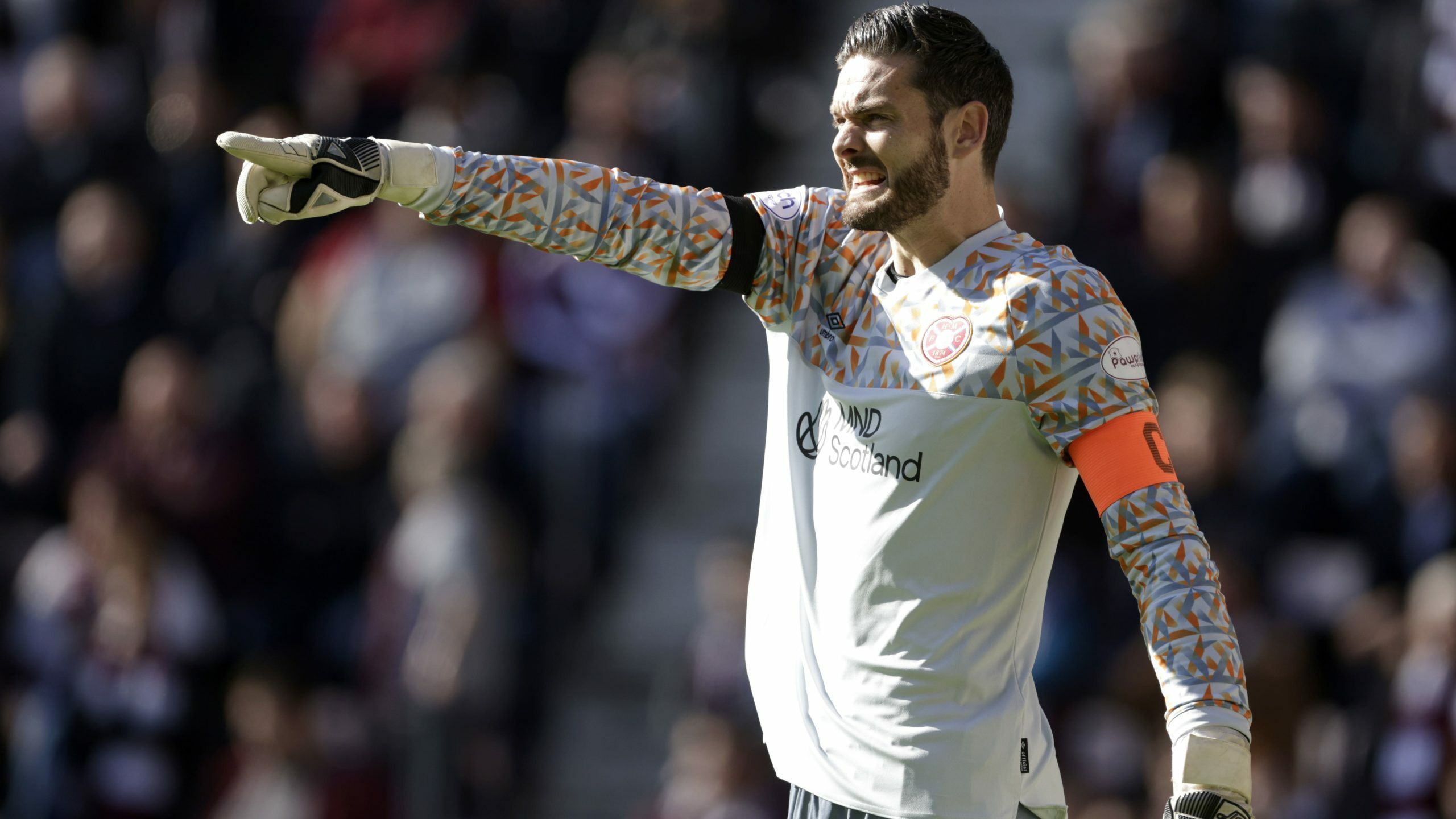 Craig Gordon has already set his sights on breaking Hearts’ European appearance record as he prepares to equal the feat of one of his heroes.

Gordon will match fellow goalkeeper Henry Smith’s 22 games in European competition when he lines up against Istanbul Basaksehir in the Turkish capital on Thursday.

Hearts have no chance of progressing after their final Europa Conference group game but Gordon is intent on getting back to the continental stage next season.

The 39-year-old told his club’s website: “One of the big motivating factors when I came back to Hearts was knowing how close I was. I was aware that if we qualified, I was going to have to play in every match of the group stage to try and equal it.

“I don’t want to just equal it – I want to beat it. I want to break it next year, and that means we need to qualify again. Hopefully we can take some things from what we learned along the way in this campaign.

“Henry’s one of the all-time leading appearance holders for the club. It’s great to be talked about in the same breath as people who were my heroes. Growing up, I watched Henry play and – towards the end of his career – I even got to play against him.

“I’m sure he had no idea who I was, but it was very special for me and I’m delighted that I might be able to join him on 22 European appearances for Hearts.”

Manager Robbie Neilson echoed his captain’s comments as Hearts look to add to their six Group A points against a home side who lead Fiorentina on goal difference at the top of the standings.

“Of course, we’re looking forward to the game, but we’re already thinking about getting back here next season,” he said.

“We’ve got a lot of fans coming over to Istanbul so it’s important we put on a performance for them. The last couple of performances have been very good. We’ve shown energy and hunger.”

Neilson admitted he will have one eye on Sunday’s cinch Premiership contest with Motherwell when he picks his team.

Nathaniel Atkinson could return from injury but Neilson is being cautious with fellow defenders Kye Rowles and Craig Halkett.

“There’ll be a few changes to the team because we’ve got some big games coming up in the league before we head to the World Cup break but it’ll still be a strong Hearts side we put out,” the manager said.

“We’re starting to get there with injuries. We’ve been able to get Atkinson back in and Rowles and Halkett are back in training. They key is not to push them too far before they’re ready. We did that with Halkett before a European game and he broke down.”