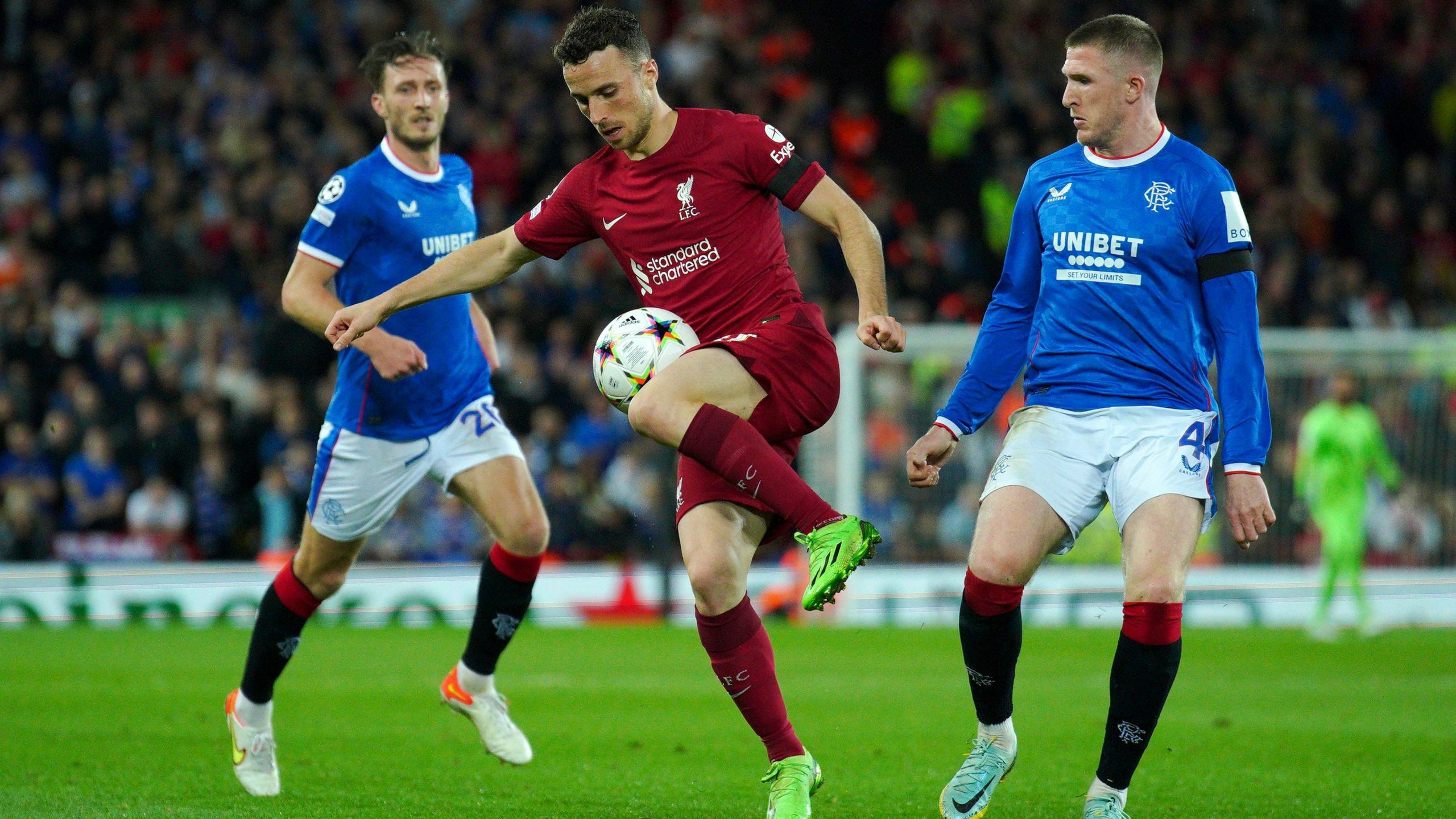 Diogo Jota thinks Rangers may provide ‘something different’ at Ibrox

By By Ronnie Esplin PAOctober 11, 2022No Comments

Diogo Jota is bracing himself for a different Rangers side when Liverpool run out at Ibrox in the Champions League on Wednesday night.

The Light Blues were well beaten last Tuesday night at Anfield with the 2-0 scoreline not reflective of a one-sided game where the visitors focused mostly on defence.

Rangers have lost all three Group A fixtures and are yet to score a goal but the 25-year-old attacker believes Giovanni Van Bronckhorst’s side could be pushed forward by the 50,000 crowd at Ibrox, desperate to see the Scottish side make their mark in the competition.

“We know how we faced them last week and probably they want to change things slightly so if they provide us with a different challenge we just need to be ready for that.

“We know that can happen because obviously they are playing in front of their fans and they will probably require something different from them but we are also expecting that.”