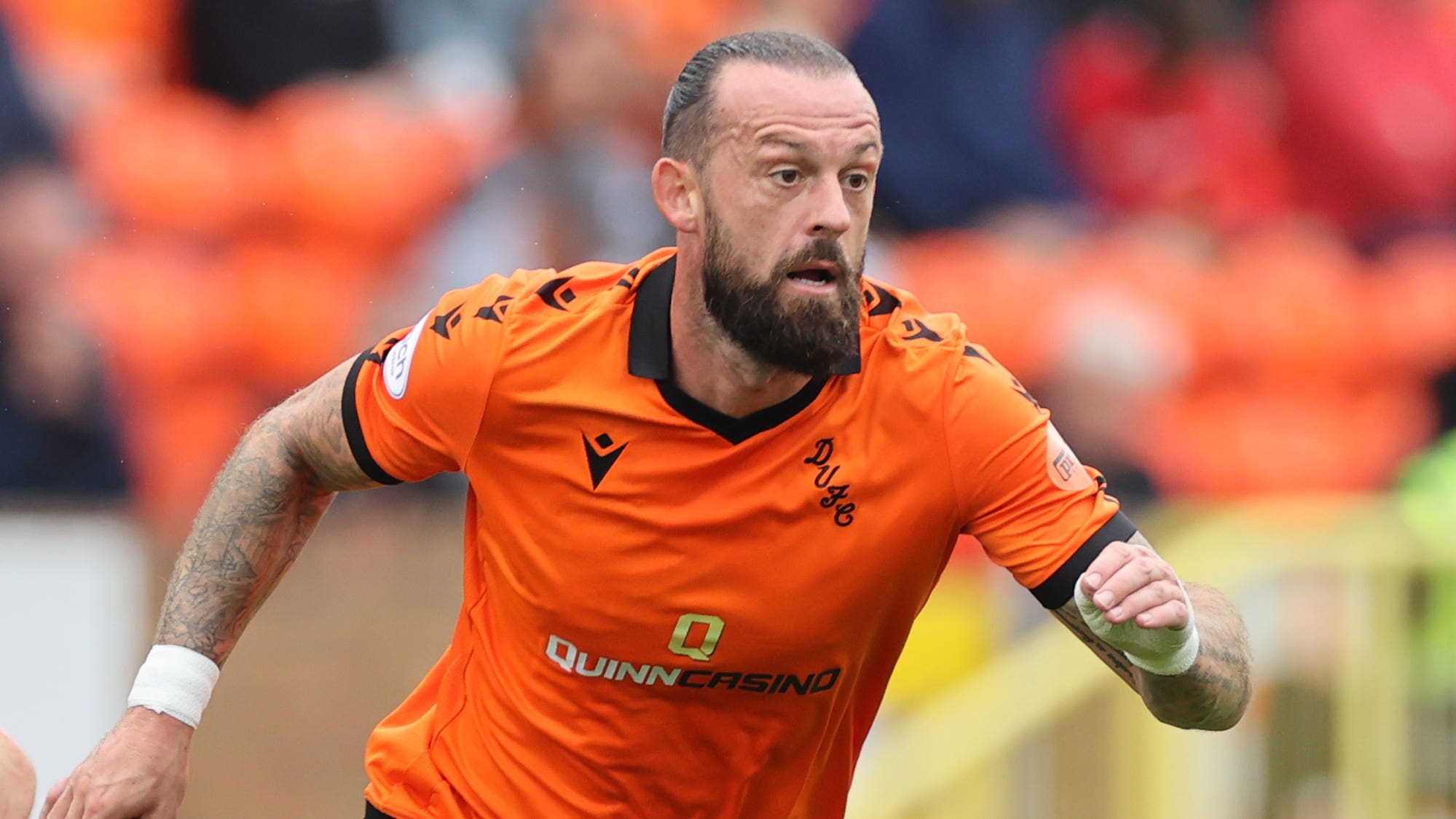 Dundee United recovered from their 9-0 defeat to Celtic and the subsequent sacking of manager Jack Ross to defeat Livingston 2-1 and book their place in the last eight of the Premier Sports Cup.

First-half goals from Steven Fletcher and Ian Harkes had the visitors well in control before the home side, who dominated the second half, got one back from Kurtis Guthrie to make it more tense.

With the home side desperate to take the tie to extra time, Sean Kelly struck a post with a free-kick in the final minute of regulation time but it was not to be.

Ross was sacked little more than two months after taking charge, with United acting after a five-game losing streak which saw them concede 24 goals.

The run started with a joint Scottish record 7-0 European defeat by AZ Alkmaar and finished with the 9-0 record home defeat against Celtic.

After being appointed as interim manager on Tuesday, Liam Fox dismissed accusations that the players had “thrown in the towel”, stating their confidence had taken a bashing from events in the Netherlands.

But the former Livingston player and coach called on them to reflect on their part in the head coach’s dismissal and produce a response in West Lothian that would begin the process of atonement with supporters.

There was no sign of goalkeeper Mark Birighitti with United announcing the summer signing was injured. They recalled Jack Newman from a loan at Peterhead on an emergency basis to take the Australian’s place on the bench.

Livingston were also looking to make amends for a heavy defeat, although they had Jack Fitzwater’s first-half red card as partial mitigation for subsequently conceding five goals at Aberdeen. Former St Mirren and Hearts forward Esmael Goncalves replaced the defender in the only change to David Martindale’s team.

After a fairly even start, it was the visitors who moved in front with the first real chance of the game after 15 minutes.

Shamal George made a terrific save to keep out Ryan Edwards’ header from a McGrath corner, the goalkeeper then unfortunate to see the loose ball fall to Fletcher who could not miss.

Mulgrew then played a terrific pass wide to Watt down the right and from the former Motherwell forward’s centre, Fletcher was only denied a second by another great save from George.

United, though, got their second goal after 34 minutes. George slipped as he came out to meet Harkes who had been sent through by Fletcher’s pass. The American was then able to easily lob the goalkeeper to extend the visitors’ lead.

Livingston were struggling to create anything in the way of chances, but in the final minute of the first half Goncalves got into a good shooting position only to blast his effort well wide.

The home side started the second half brighter and Scott Pittman had an early chance that found the side-netting. United responded with a McGrath half-volley that was deflected for a corner.

Livingston kept going and they got a goal back 12 minutes from time. Nicky Devlin’s deep cross was nodded back by Cristian Montano and Guthrie bundled the ball home.

The home side had the ball in the back of the net again not long afterwards but Ayo Obileye was flagged for offside to curtail the celebrations.

Livingston thought they should have had a penalty late in the game when Behich tripped Devlin, but referee David Munro gave a free-kick just outside the box from which Kelly struck a post.