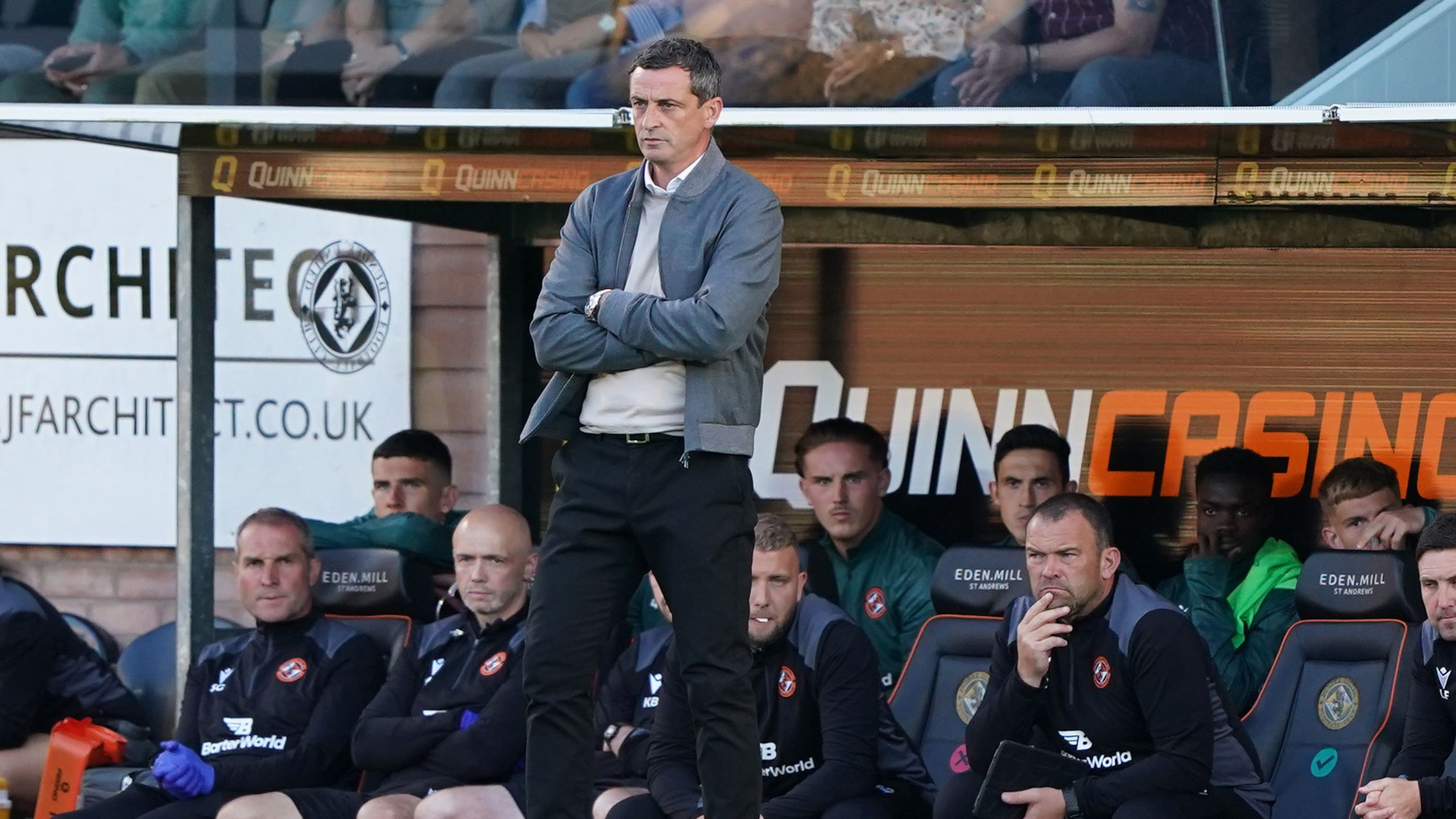 Dundee United conceded five goals in 15 minutes on their way to equalling Scottish football’s worst European result with a 7-0 defeat by AZ Alkmaar.

Glenn Middleton’s only goal had given United a deserved first-leg lead in the Europa Conference League third qualifying round and rekindled memories of great 1980s nights at Tannadice when the club reached the latter stages of the European and UEFA cups.

But a clinical Dutch performance and a difficult night for  goalkeeper Mark Birighitti saw them subject United fans to a painful night 10 years on from a 5-0 loss to Dynamo Moscow on their previous European trip.

Jack Ross, in his fourth game in charge, saw his men go five down before the interval following doubles from Vangelis Pavlidis and Tijjani Reijnders and a brilliant strike from Hakon Evjen.

Dani de Wit netted 54 seconds after the restart and Mayckel Lahdo struck to put United on a par with Pat Fenlon’s Hibernian side of 2013, who lost 7-0 at home to Malmo.

There was an early warning of the hosts’ ability to find space in the box when Pavlidis hit a first-time effort straight at Birighitti.

But United were far from overawed in the opening 20 minutes. They started with a ball-playing midfield featuring Dylan Levitt, Craig Sibbald and Ian Harkes with Tony Watt and Jamie McGrath offering support to striker Steven Fletcher, and showed composure on the ball to enjoy their fair share of possession and territory.

However, Alkmaar looked dangerous when they got forward. Reijnders had a shot turned wide after some sharp passing on the edge of the box just before his return pass allowed left-back Milos Kerkez to get in behind the United defence and square for Pavlidis to knock the ball into an empty net in the 21st minute.

Even then United were well in the game and Harkes forced a brilliant stop from an acrobatic scissors kick after a good break from Liam Smith.

But the capitulation was not far away and Reijnders fired a first-time 25-yard strike over the hands of the diving Birighitti in the 31st minute.

The Australian goalkeeper slipped before being beaten to high ball by Pavlidis but recovered to make a close-range save. However, he soon made a bigger error when he completely missed an attempt to punch an inswinging corner and Pavlidis headed into an empty net in the 36th minute.

United could not get a touch of the ball and Reijnders swept home the fourth five minutes later following debutant left-back Aziz Behich’s fresh-air clearance.

The fifth came a minute before the break. Watt lost possession midway inside his own half and the ball was soon flying into the top corner via the boot of Evjen.

Half-time brought respite and a chance for Ross to make changes – wide players Middleton and Ilmari Niskanen replaced Watt and Sibbald. But the break did nothing to stem the tide and de Wit soon smashed home the sixth after getting the break of the ball following a cross.

The hosts appeared to take their foot off the gas but Lahdo struck a shot through Birighitti in the 74th minute after a rash decision by Smith.

Pavlidis hit the post in stoppage-time as United were spared the further ignominy of claiming the unwanted European record on their own.