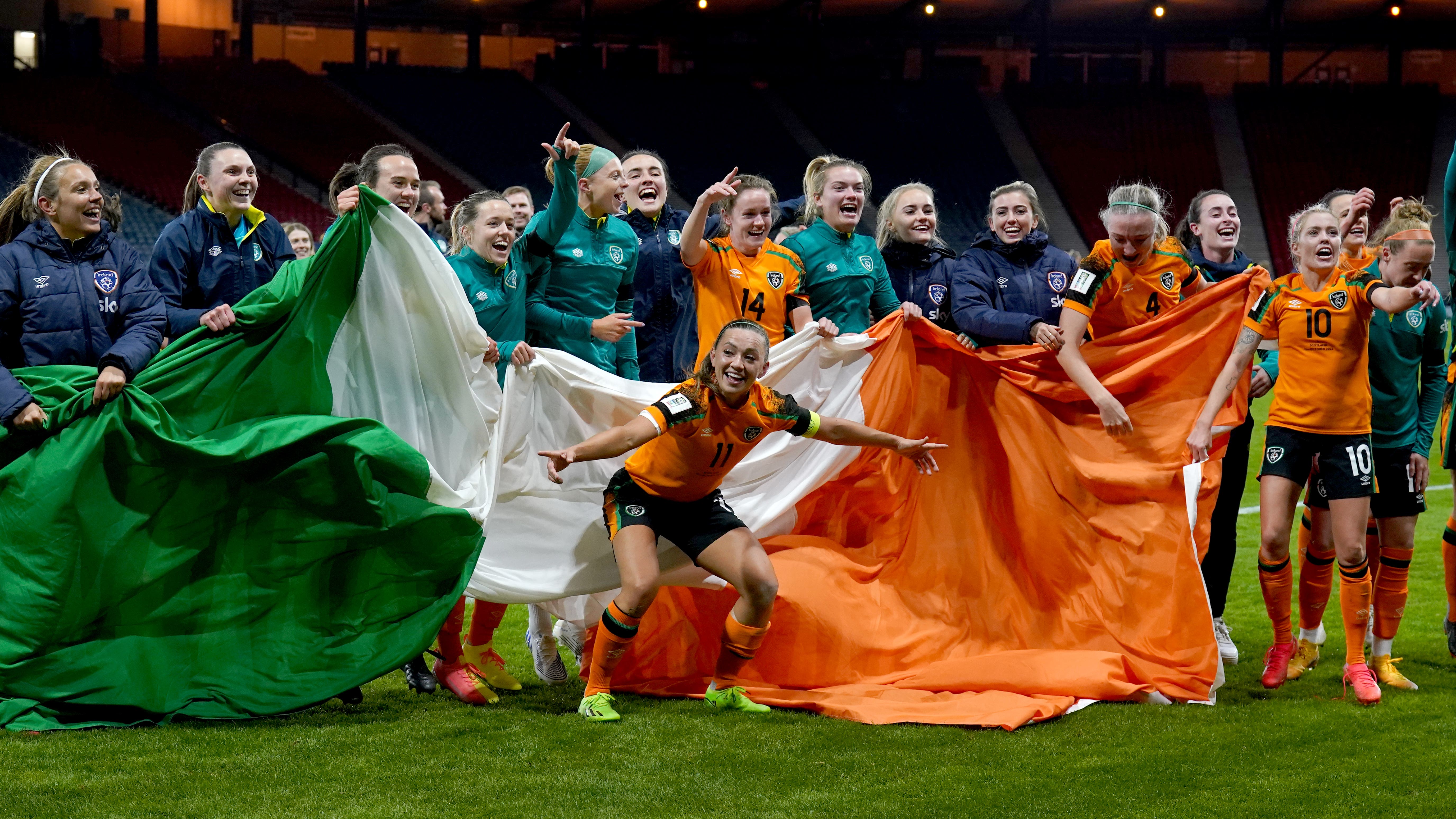 By By Jamie Gardner PA Chief Sports ReporterDecember 8, 2022No Comments

UEFA has fined the Football Association of Ireland after members of its senior women’s team sang a pro-IRA song following their World Cup play-off win over Scotland.

A video circulated online of the Republic of Ireland players singing the song, and UEFA confirmed on October 13 it was investigating the incident for potential inappropriate behaviour.

On Thursday, European football’s governing body said its Control, Ethics and Disciplinary Body (CEDB) had fined the FAI 20,000 euros (£17,271) over the incident, describing it as “a violation of the basic rules of decent conduct”.

The FAI and Ireland manager Vera Pauw apologised at the time over the incident.

Pauw said: “It’s quite right that it’s taken some shine off because this goes deep into the history of Ireland.

“It doesn’t matter if the players meant anything or not – because they didn’t mean anything with it – it’s a celebration that occurs, but that doesn’t mean that they (shouldn’t) realise what they’re doing. If it’s in a private room, it should not happen either.

“We’ve hurt people and we are very, very deeply sorry for that.”

The CEDB also ordered Romanian club FCSB to play their next home match in a UEFA competition behind closed doors and fined them 20,000 euros for the racist behaviour of their fans in a Europa Conference League match against West Ham on November 3.

Spanish side Sevilla were fined 5,000 euros (£4,319) and given a partial stadium closure order suspended for two years over the racist behaviour of their fans during a Champions League group match against Manchester City on November 2.

City condemned racist abuse directed at their player Rico Lewis during the match at the Etihad Stadium.