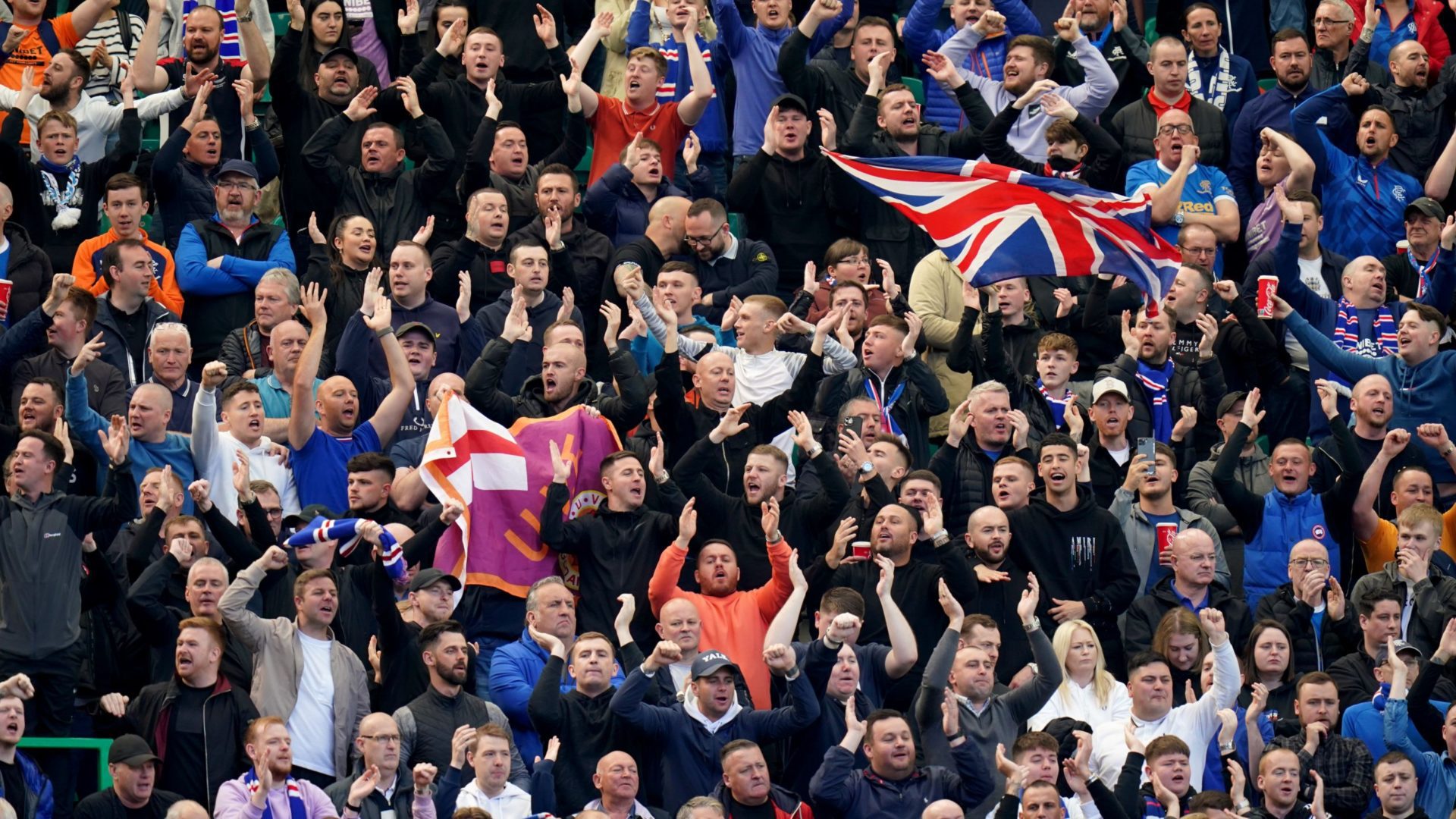 Rangers claim fans were “attacked by bottles and other missiles” at Celtic Park on Sunday, with the club also set to report “possible hate crimes” to Police Scotland.

The Ibrox club say they have received reports of injuries to elderly and disabled supporters.

Rangers drew 1-1 with Celtic in the cinch Premiership encounter, which kept the Hoops six points clear of their Old Firm rivals at the top of the table with three fixtures remaining.

In a statement, a Rangers spokesperson said: “We are disappointed with the police response after the Old Firm derby at Parkhead today.

“Our support was left unprotected as they were attacked by bottles and other missiles.

“Reports so far include injuries to elderly and disabled supporters.

“Furthermore, we are collating evidence of possible hate crimes which will be reported to Police Scotland as a matter of urgency.

“We intend to raise our concerns with Police Scotland and Celtic during the debrief.”

In a Celtic statement by way of response, the Parkhead club referred back to the trip to Ibrox last month when at half-time in the 2-1 win a member of their backroom staff was allegedly struck by a glass bottle which required him to have stitches.

The statement also claimed that Hoops fans were “targeted with missiles” at Celtic Park.

A spokesperson for Celtic said: “We are still working through the recent events at Ibrox, including the assaults on our staff members and supporters.

“It is extremely regrettable that again our supporters have been targeted with missiles, including bottles and seating, ripped from our seating deck, resulting in injury to fans and stewards.

“We will be liaising with all relevant parties in order that a wide range of issues are fully addressed in the appropriate manner.”

Chief Superintendent Stevie Dolan said: “Police Scotland had a proportionate plan in place to support the safety operation led by Celtic FC at Sunday’s match and to deal swiftly with any acts of violence, disorder and anti-social behaviour.

“I would like to thank the vast majority of fans who enjoyed the fixture and followed club and police advice.

“Eight people were arrested for various offences including disorder, pyrotechnics and religiously aggravated offences. Two of these arrests were within the stadium.

“We are aware of missiles being thrown between groups of supporters within the stadium, one of which struck a police officer who thankfully was not seriously injured.

“Any reports we receive from members of the public relating to match-related incidents will be investigated.

“Further enquiries into disorder on Fielden Street before the match are being carried out and we will continue to work in partnership with football clubs to ensure that such events take place safely.

“Anyone with any information relating to any of these incidents should contact Police Scotland via 101.”